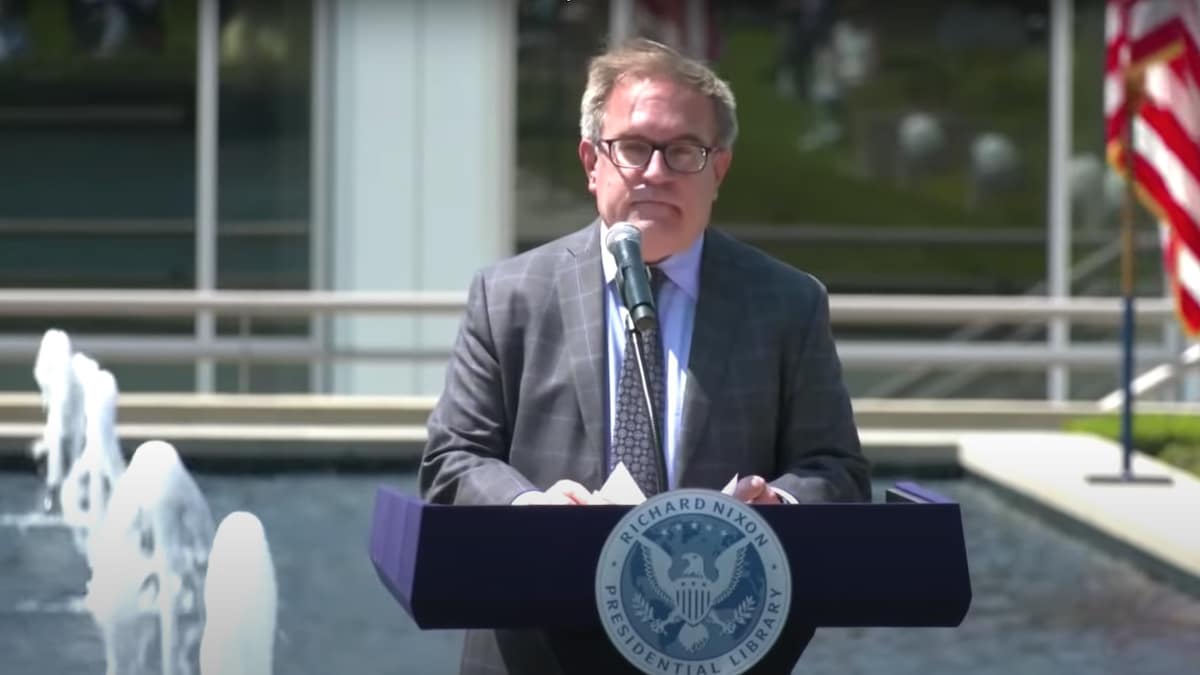 U.S. Environmental Protection Agency Administrator (EPA) Andrew Wheeler gave a speech Thursday where he accused Democratic efforts to stop the climate crisis as actions that have hurt poor and vulnerable communities. He also laid out a vision for a second Trump term, saying it would bring a new wave of deregulation and support for economic development, according to Reuters.

The speech was given to celebrate the agency’s 50th anniversary and was streamed live on YouTube. Wheeler took the opportunity to celebrate the Trump administration’s rollbacks of environmental protections and promised more to come. He also used his platform to say the agency would focus less on preventive measures that stop pollution, but concentrate on the cleanup of toxic areas, according to The Associated Press (AP).

“We need to make sure we are speaking to people where they live and we’re addressing the problems they see on a daily basis,” Wheeler told the Wall Street Journal Thursday.

Wheeler said that a second Trump term would mean the EPA would turn its attention to community revitalization, water quality, permitting reform, Superfund cleanups and pesticide administration, according to Reuters.

“I believe that by focusing EPA toward communities in the coming years, our agency can change the future for people living in this country who have been left behind simply for living in polluted places,” he said, as The Hill reported.

He argued that the actions that supported development and cleanup were actually designed to help poor communities.

“This will do more for environmental justice than all the rhetoric in political campaigns,” Wheeler claimed, as Reuters reported.

He also added that in a second term, he would continue rules he implemented that limit what scientific research could be considered in decision-making and another that reevaluates how the agency predicts climate risk, according to The Hill. Both of those rules have been criticized by experts for eschewing science and for fuzzy math.

While Wheeler argued that policies meant to mitigate pollution are hurting poor communities, many experts see it differently. They argue that the more than 100 environmental rollbacks that have happened under the Trump administration will increase air and water pollution around the nation’s most vulnerable communities, leading to more illness and premature deaths, according to CNBC.

“EPA was founded to protect people — you, me and our families — but the Trump administration has turned it into an agency to protect polluters,” said Gina McCarthy, who led the agency during the Obama administration and now is president of the NRDC Action Fund, the political arm of the Natural Resources Defense Council, as the AP reported

In an attempt at revisionism, Wheeler said it was the Obama administration that hurt poor communities by regulating industry.

“The Obama-Biden administration only focused on climate change at the expense of the communities here in the United States and the expense of reducing pollution where people live,” Wheeler told the Wall Street Journal.

Former EPA officials like McCarthy, both from Republican and Democratic administrations, have banded together to denounce the policies put forth by Trump and Wheeler. Five former EPA administrators issued a joint statement that said, “Actions during the Trump administration have further decreased public confidence in the agency’s credibility, undercut its historic dedication to high ethical standards, and affected employee morale,” according to the AP.

“Every one of the actions they have taken, either by weakening or rolling back basic protections, has put environmental justice communities — front-line communities — in greater harm,” Mustafa Santiago Ali, a longtime EPA official who now works on environmental justice and climate issues for the National Wildlife Federation, said in an interview, as The Washington Post reported. “I have seen no actions that lead me to believe they have any interest in protecting those lives.”

Mike Flynn, who worked at the EPA for nearly four decades before retiring in 2018, told The Washington Post: “The Trump administration has transformed EPA into an agency that’s failing to meet the fundamental mission of the agency, protecting public health and environment.”

He added that the staff there “is really demoralized.”