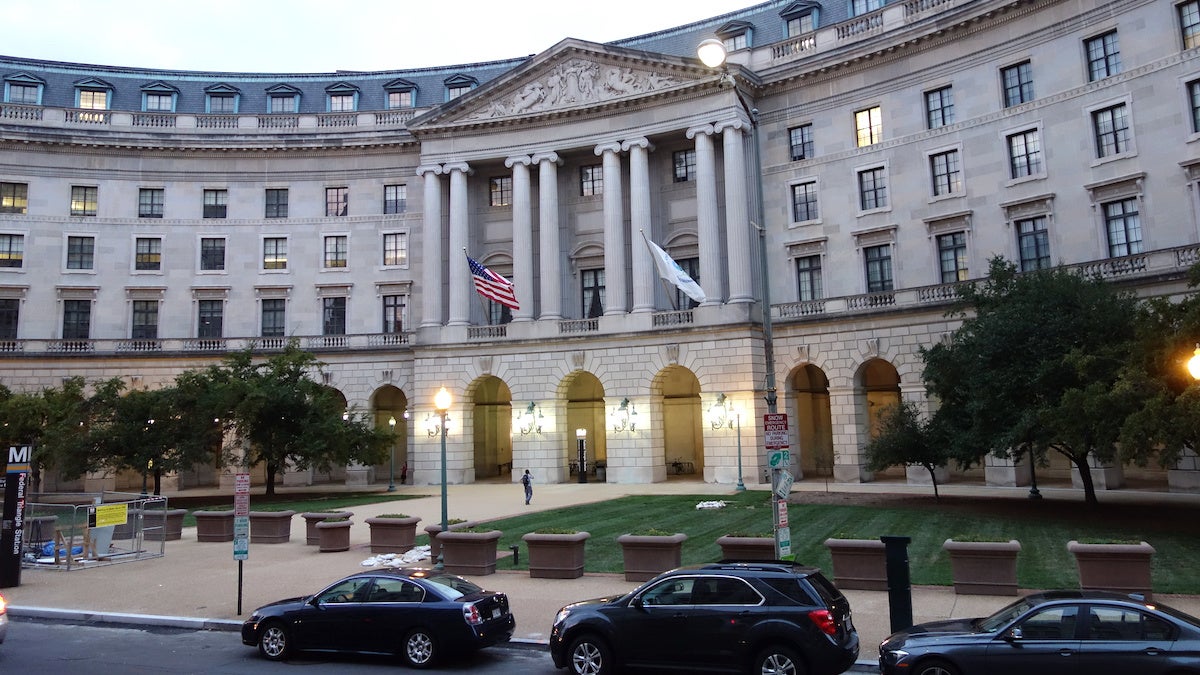 The inspector general for the U.S. Environmental Protection Agency (EPA) will look into one of the Trump administration’s hallmark environmental rollbacks: the weakening of Obama-era emissions standards. The law from the Obama administration was designed to drastically reduce greenhouse gas emissions by increasing fuel-efficiency standards. Now, the EPA’s inspector general will try to determine whether or not the rollback violated the government’s own laws, according to CNN.

The inspector general said yesterday that its review would determine whether the agency’s rule followed requirements for “transparency, record-keeping, and docketing, and followed the EPA’s process for developing final regulatory actions,” according to EPA documents, as CNN reported.

In other words, the inspector general would like to see the paper trail that led to the decision and to see if there was undue influence or ethics violations from industry insiders for the slackening of tailpipe emissions standards, which was finalized in late March as the Trump administration’s single largest rollback of federal climate change rules, according to The New York Times.

The new rule, named the Safer Affordable Fuel Efficient Vehicles rule, or SAFE, holds automakers to weaker fuel economy standards through 2025. The SAFE rule lowered the annual emission improvement requirements that the makers of passenger vehicles must meet. Rather than growing approximately 5 percent annually as required under an Obama-era mandate, the standards now increase about 1.5 percent annually. The Trump administration originally proposed freezing the standards entirely, as CNN reported.

The Obama era rule would have forced new cars to have a fuel efficiency standard of 54 miles per gallon of gasoline by 2025. The rollback of the law in the SAFE rule will essentially add 1 billion metric tons of carbon dioxide into the atmosphere, increase gasoline consumption by around 80 billion gallons, and increase oil consumption by 2 billion barrels, according to The Verge.

The potential “irregularities” in crafting the rule were flagged in May by Sen. Tom Carper, a Democrat from Delaware, who asked for an investigation in a letter to the EPA inspector general at the time, as The Verge reported.

“I’m pleased that the EPA Inspector General is opening an investigation into this rule, which was the product of the most procedurally problematic process my office has ever reviewed. If the EPA IG follows the facts, I have no doubt they will find that the Trump Administration failed to follow the law,” Carper said in a statement Monday, according to The Verge.

The SAFE rule was marred with problems from the beginning. The Trump administration argued the rule would make roads safer because cars would be more affordable, making people more likely to upgrade. However, outside economists and public health experts have questioned the administration’s justification of the rule, noting that its calculations do not stand up to rigorous independent analysis. They have asked the administration to release the formulas and economic models used to inform its justification, according to The New York Times.

In fact, the administration’s own internal analyses showed that the opposite was true. It would create a higher cost for consumers than leaving the Obama-era standard in place and would contribute to more deaths associated with lung disease by releasing more pollution into the air, as The New York Times reported.

“This is really serious,” said Vickie Patton, general counsel for the Environmental Defense Fund to The New York Times. “It’s rare for E.P.A.’s inspector general to conduct an investigation of the agency’s rule-making.”