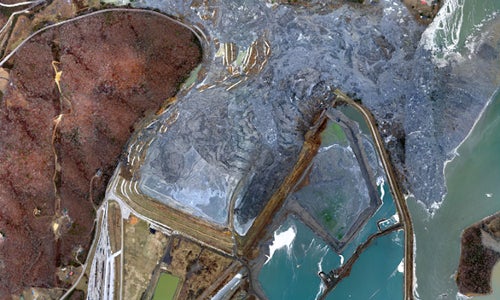 Late yesterday, the U.S. Environmental Protection Agency (EPA) announced plans to finalize first-ever federal regulations for the disposal of coal ash by Dec.19, 2014, according to a settlement in a lawsuit brought by environmental and public health groups and a Native American tribe. The settlement does not dictate the content of the final regulation, but it confirms that the agency will finalize a rule by a date certain after years of delay. 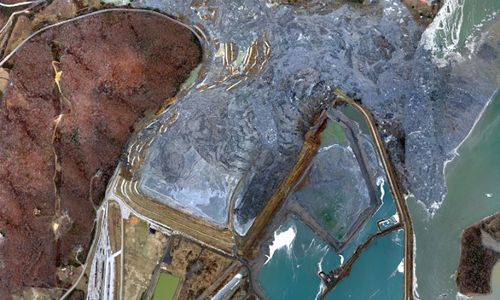 Ariel photo of the Kingston Coal-Ash Spill, Dec. 23, 2008. The fly-ash sludge spill that resulted when a dike failed at the power plant in Tennessee. More than one billion gallons of toxic sludge flowed into the Clinch and Emory rivers. Photo credit: Tennessee Valley Authority

In October, the U.S. District Court for the District of Columbia ruled that the EPA has a mandatory duty to review and revise its waste regulations under the Resource and Conservation Recovery Act. The EPA has never finalized any federal regulations for the disposal of coal ash—the nation’s second largest industrial waste stream.

Taking overdue action to safeguard communities from coal ash was the first promise the Obama Administration made to the American public. Former EPA Administrator Lisa Jackson vowed to finalize coal ash regulations following a spill in Kingston, TN, where more than a billion gallons of coal ash burst through a dam and damaged or destroyed two dozen homes and 300 acres of riverfront property.

In the aftermath of that disaster, the EPA proposed various regulatory options in May 2010 and held seven public hearings in August and September of that year. Environmental and public health groups, community organizations, Native American tribes and others generated more than 450,000 public comments on the EPA’s proposed regulation, calling for the strongest protections under the law. But since then, despite coal ash contamination at more than 200 sites nationwide, the EPA has failed to finalize the protections under pressure from industry, the White House and some members of Congress.

A statement made on behalf of the organizations involved in the lawsuit said:

Now we have certainty that the EPA is going to take some action to protect us and all of the hundreds of communities across the country that are being poisoned by coal ash dumps. Since the disaster in Kingston, we have seen more tragic spills, and the list of sites where coal ash is contaminating our water keeps growing. Today, we are celebrating because the rule we need is finally in sight.

But this deadline alone is not enough. The EPA needs to finalize a federally enforceable rule that will clean up the air and water pollution that threatens people in hundreds of communities across the country. Coal ash has already poisoned too many lakes, rivers, streams and groundwater aquifers. It is time to close dangerous unlined ash impoundments like the one that burst at Kingston.

Utility companies need to stop dumping ash into unlined pits and start safely disposing of ash in properly designed landfills. Groundwater testing is needed at these ash dumps, data needs to be shared with the public, and power companies must act promptly to clean up their mess. A rule that requires anything less than these common-sense safeguards will leave thousands of people who live near ash dumps in harm’s way.