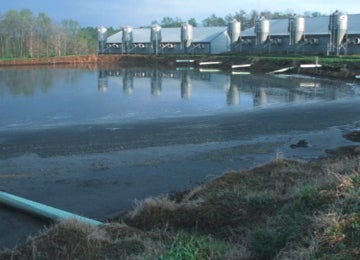 A coalition of community, animal welfare and environmental organizations is filing a lawsuit against the U.S. Environmental Protection Agency (EPA) challenging the agency’s withdrawal of a proposed rule that would have allowed the EPA to collect basic information, like locations and animal population sizes, from factory farms.

The Center for Food Safety, Environmental Integrity Project, Food & Water Watch, The Humane Society of the United States and Iowa Citizens for Community Improvement filed the suit in the U.S. District Court for the District of Columbia, arguing that the agency’s withdrawal of the proposed rule lacks the rational basis required by law. The information at issue is critical to the EPA’s ability to protect waterways from pollutants produced by factory farms, one of the country’s largest sources of water pollution. 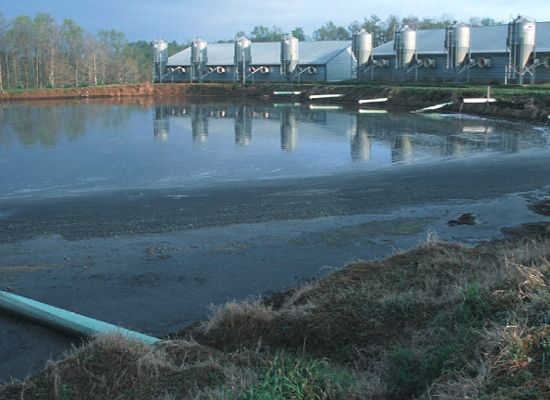 “While power plants, waste treatment facilities and manufacturers have had to comply with the protective standards of the Clean Water Act, the factory farming industry has managed to evade any meaningful regulation,” said Hugh Espey, executive director at Iowa Citizens for Community Improvement. “After over three decades, there is no rational reason for why EPA won’t enact the types of Clean Water Act approaches with factory farms that have worked well with all of our other polluting industries.”

“The animal agriculture industry has benefited from EPA’s lack of information for decades, and has successfully opposed efforts to increase transparency,” explained Jonathan Lovvorn, senior vice president and chief counsel for animal protection litigation at The Humane Society. “This certainly is not good for animals, humans or the environment; it is only good for massive industrialized farms.”

Factory farms are industrial facilities that confine thousands of animals in limited land areas for meat, dairy and egg production. The operations that would have been subject to this rule are the factory farms falling within the “CAFO” point source category under the Clean Water Act, a category that consists of the nation’s largest and dirtiest operations.

“With the withdrawal, EPA continues to pursue a [concentrated animal feeding operations] CAFO pollution control policy that can only be described as willful ignorance,” said George Kimbrell, senior attorney for the Center for Food Safety.”As long as EPA continues to turn an unlawfully blind eye towards this industry, our waterways and communities will never be safe.”

The EPA estimates there are 20,000 CAFOs in the U.S. producing three times as much waste as humans. Although this waste contains pathogens, heavy metals, antibiotics and hormones, EPA does not require all factory farms to meet waste management and treatment requirements.

The Columbia University School of Law Environmental Law Clinic is providing legal representation in the case.

In 1972, the clear water pollution threat posed by CAFOs’ staggering waste stream led Congress to mandate that EPA must regulate CAFOs pursuant to the Clean Water Act. Despite this 40-year-old mandate, EPA continues to lack basic data about factory farms, including accurate and consistent information on their size, location and waste management practices. 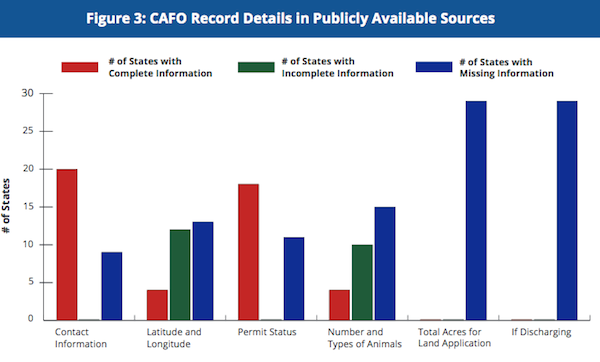 Under the abandoned rule, known as CWA Section 308 Rule, the agency was to begin gathering this basic information. The proposed CWA Section 308 Rule made a strong case for the need for information collection based on inadequate existing data. Following strong industry opposition, the EPA withdrew the rule. In its rule withdrawal, the EPA radically shifted its position without justification.

The agency now claims that instead of using its authority under the Clean Water Act to gather information directly from CAFO owners and operators, it will seek to gather existing information about CAFOs from various state and federal agencies. This approach contradicts recent government reports, which confirm that state agency CAFO data is “inconsistent and inaccurate and does not provide the EPA with the reliable data it needs…” and that “no federal agency collects accurate and consistent data on the number, size, and location of CAFOs.” This legal action asserts the EPA’s change in position is arbitrary because alternative courses of action cannot provide the crucial information.

In the fall of 2012, several environmental organizations filed Freedom of Information Act requests with the EPA for all of the state-generated data gathered by the agency. After industry browbeating, the agency attempted to recall some of the records that it originally produced. Nevertheless, Food & Water Watch retained and reviewed all of the original records.

“Our review of these records confirms what EPA has already admitted in its preamble to the 308 Rule,” said Wenonah Hauter, executive director at Food & Water Watch. “The data from the states is inconsistent, incomplete and ultimately, will not allow the agency to finally begin the process of properly regulating these highly polluting facilities.”