EPA Sued Over Failure to Release Correspondence With Heartland Institute 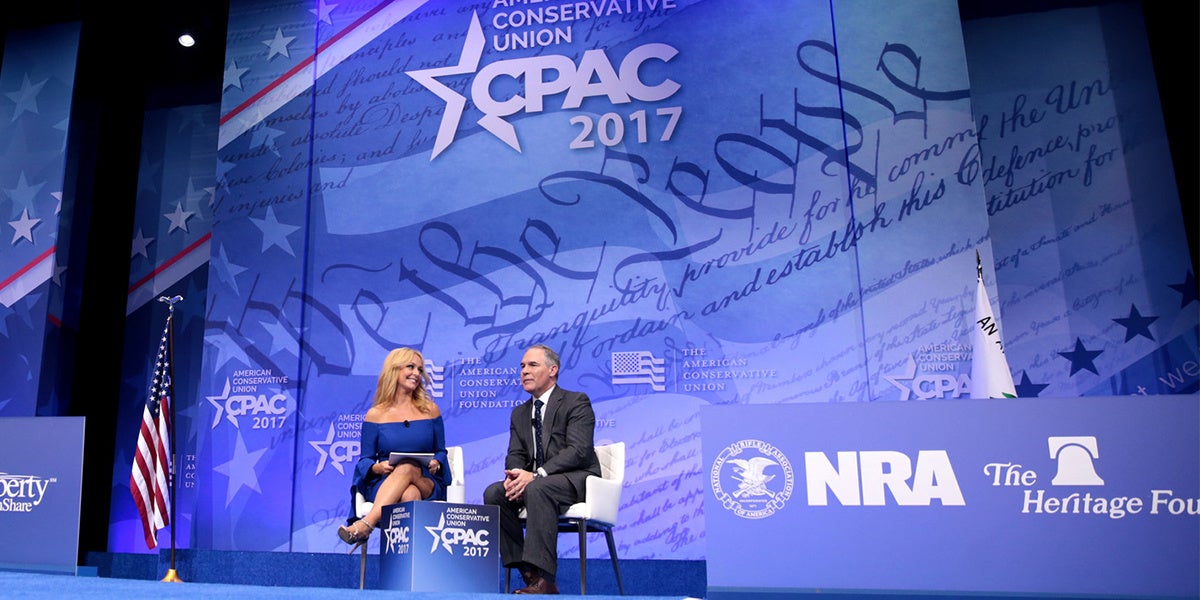 The U.S. Environmental Protection Agency (EPA) is being sued for its “unlawful and unreasonable delay” in responding to requests for information about the agency’s communications with the Heartland Institute, according to a complaint by the Southern Environmental Law Center (SELC) and the Environmental Defense Fund (EDF).

The Heartland Institute is an Illinois-based think tank that rejects the science of man-made
climate change and has received funding from the Koch brothers and the fossil fuel industry.

The lawsuit centers around the EDF and SELC’s Freedom of Information Act (FOIA) requests for communications between the EPA and the Heartland Institute in August and October of 2017, respectively.

The requests were made after Heartland Institute Communications Director Jim Lakely
said last July, “The White House and the Environmental Protection Agency have reached out to the Heartland Institute to help identify scientists who could constitute a red team, and we’ve been happy to oblige.”

EPA Administrator
Scott Pruitt, a climate change denier who has close ties to the fossil fuel industry, has long insisted on a nationally publicized “red team-blue team” debate that would pit climate skeptics against scientists who accept the facts about global warming. However, news emerged this week that White House Chief of Staff John F. Kelly has reportedly put a stop to Pruitt’s plan.

According to the complaint, filed Thursday in the U.S. District Court for the Western District of Virginia, the EPA acknowledged both requests and asked for some initial clarification, but has subsequently stopped communicating with SELC and provided vague responses to EDF’s outreach that do not indicate any expectation of near-term progress on EDF’s FOIA request.

There certainly appears to be some—and even extensive—contact between the EPA and the Heartland Institute. As seen below, the complaint states that the EPA’s own search for correspondence between agency employees and Heartland yielded between 200 and 600 records.

Under the law, all federal agencies are required to respond to a FOIA request within 20 business days.

“EPA’s efforts to promote climate change deniers and undermine peer-reviewed science behind closed doors is not only a failure of its mission, it is illegal,” Kym Hunter, an attorney for the SELC, said in a statement. “The public has a clear and protected right to know what the EPA is doing and with whom they are communicating, including those pushing a climate-denier agenda.”

The Heartland Institute has been
labeled as “the primary American organization pushing climate change skepticism.” Frontline reported that the think tank sent out 25,000 copies of its book, Why Scientists Disagree About Global Warming, and an accompanying 10-minute DVD to 25,000 science teachers.

Just last week, the EPA sent out a
press release that touted an op-ed written by Heartland Institute president Tim Huelskamp for The Hill titled, “Scott Pruitt is leading the EPA towards Greatness.”

“Even as Americans face growing risks from climate change, Scott Pruitt continues to stonewall common-sense solutions and deny decades of mounting scientific evidence that the problem is real and serious,” said Ben Levitan, an attorney for the EDF, in a statement. “Americans have a right to know who is influencing Pruitt’s decisions, and who is shaping the agenda at the agency in charge of protecting our health and safety.”