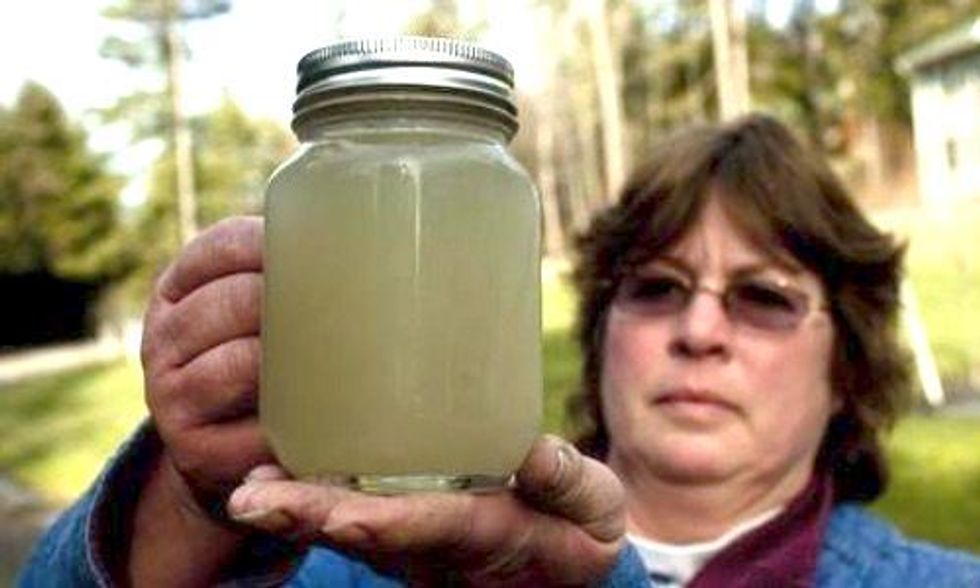 The U.S. Environmental Protection Agency's (EPA) advisors are calling foul on the agency's highly controversial study that determined hydraulic fracturing, or fracking, has not led to “widespread, systemic impacts on drinking water resources in the U.S.”

This specific conclusion is being called into question by members of the EPA Science Advisory Board, which reviews the agency's major studies, Bloomberg reported.

"Major findings are ambiguous or are inconsistent with the observations/data presented in the body of the report," the 31 scientists on the panel said in December 2015.

Possible changes to the report could spell trouble for the oil and gas industry that recently celebrated the ending of a 40-year-old crude oil export ban in December 2015. According to Bloomberg, "a repudiation of the results could reignite the debate over the need for more regulation."

Fracking involves the pumping of highly pressurized water, sand and chemicals into underground rock formations to release trapped oil and gas. The controversial drilling process has spurred a boom in U.S. oil and gas production and driven down gas prices across the country. However, numerous environmental complications have arisen from fracking, including pollution of water and air, landscape destruction and even earthquakes.

Five years ago, Congress commissioned the U.S. EPA to study the impacts of fracking on drinking water. After analyzing more than 950 sources, including previously published papers, state reports and the EPA's own research, the agency released a draft analysis in June 2015 that indeed found numerous harms to drinking water resources from fracking. As EcoWatch reported, the U.S. EPA found evidence of more than 36,000 spills from 2006 to 2012. That amounts to about 15 spills per day somewhere in the U.S.

However, the report's misleading and widely reported conclusion—“there is no evidence fracking has led to widespread, systemic impacts on drinking water resources”—has not only downplayed fracking's effects on drinking water resources, it was also seen by many in the pro-drilling camp as the EPA's thumbs up to the drilling industry. For instance, a Forbes writer summed up the study with this headline: EPA Fracking Study: Drilling Wins.

According to Bloomberg, the review panel could ask the U.S. EPA to rescind this main conclusion or clarify it by saying that the "widespread, systemic" impacts from fracking are relative to the number of wells drilled.

Pennsylvania State University professor Elizabeth Boyer, a member of the Science Advisory Board, noted that the "widespread, systemic" top line was "widely quoted and interpreted in many different ways," EnergyWire reported. "The executive summary and press materials should be carefully reworded" for clarity, she said.

Some panel members also said that more weight should be given to the "severity of local impacts" on water supplies.

Mark Ruffalo holds up a jug of contaminated well water from Dimock, Pennsylvania, during a New Yorkers Against Fracking rally in Albany, New York in 2012. Photo credit:
Flickr

Hauter added that EPA Science Advisory Board's official review of the study on fracking and drinking "may seem surprising, but it shouldn’t be to anyone who actually read the original study thoroughly."

"There was a clear disconnect between the EPA’s top-line spin—that there was no evidence of ‘widespread, systemic’ impacts on drinking water from fracking—and the content of the actual study, which highlights data limitations, open questions, and clear evidence of local and severe impacts," Hauter said. "This disconnect raises serious questions about political tampering with scientific conclusions in the release of the draft study."

“The science should be settled,” Gerard said at a news conference Tuesday. “There are a handful of people who are not happy with the outcome and they continue to drive their agenda based on ideology, not based on the science."

The agency will use the comments from the advisory panel as well as those submitted by the public "to evaluate how to augment and revise the draft assessment," EPA spokeswoman Melissa Harrison told Bloomberg. "The final assessment will also reflect relevant literature published since the release of the draft assessment."

Meanwhile, a new paper published Jan. 6 in the Journal of Exposure Science and Environmental and Epidemiology only emphasizes why further evaluations on fracking fluids are a must.

After analyzing 1,021 chemicals used in fracking, Yale School of Public Health researchers found that many of the substances have been linked to reproductive and developmental health problems, and the majority had undetermined toxicity due to insufficient information, Phys.org reported on the study.

The research team said in their paper that further exposure and epidemiological studies are urgently needed to evaluate potential threats to human health from chemicals found in fracking fluids and wastewater created by fracking.