Will Pruitt Choose Polluter-Friendly Replacements for EPA Science Advisory Board? 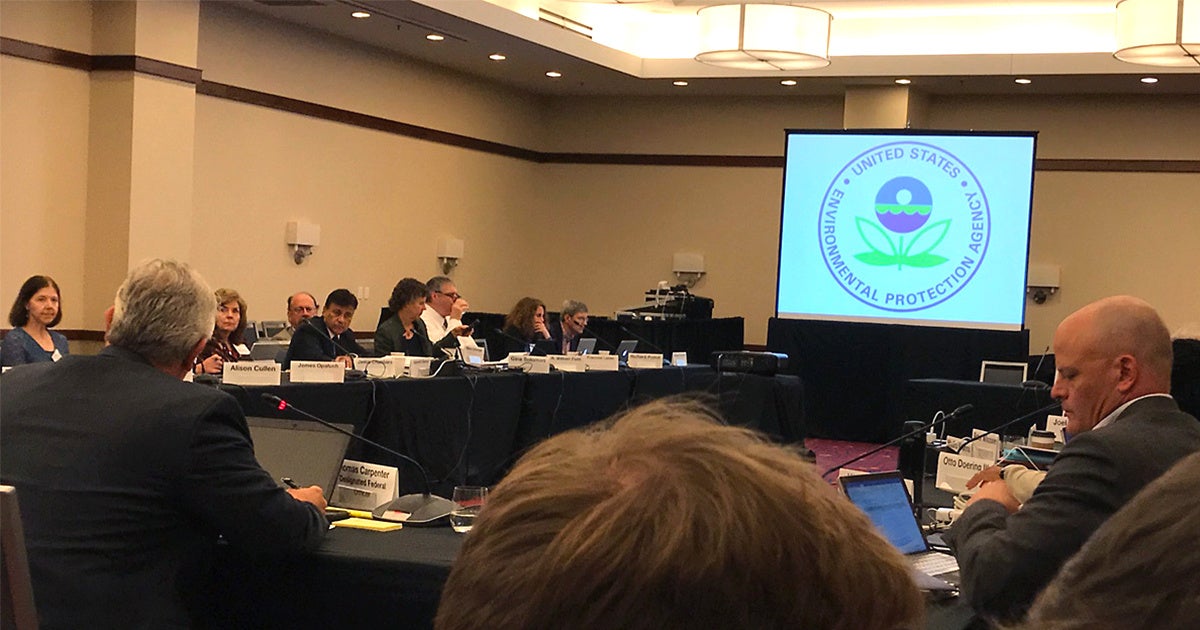 A third of the U.S. Environmental Protection Agency’s (EPA‘s) Science Advisory Board, an influential panel that reviews the science the agency uses in formulating safeguards, could be succeeded by climate science-denying, polluter-friendly replacements when their terms expire at the end of this month.

The board, which has been in existence for nearly 40 years, is traditionally populated by bona fide scientists from academia, government and industry who volunteer to serve three-year terms. This time around, as first reported by E&E News, at least a dozen of the 132 candidates vying for one of the 15 open seats reject mainstream climate science.

But that’s not all. There are at least 10 other equally inappropriate candidates on the list, and not all of them are scientists, despite the fact that it’s supposed to be a panel of science advisors.

Among the 12 climate science deniers are Weather Channel co-founder Joseph D’Aleo, who wrongly claims global warming is due to natural oceanic, solar and volcanic cycles; and former Peabody Energy science director Craig Idso, now chairman of his family’s Center for the Study of Carbon Dioxide and Global Change, who insists “there is no compelling reason to believe that the rise in [average earth] temperature was caused by the rise in carbon dioxide.” D’Aleo, Idso and six of the other climate-fact-challenged candidates are affiliated with the fossil fuel industry-funded Heartland Institute, which has a long history of misrepresenting science.

The other 10 unsuitable candidates consistently side with industry when it comes to protecting the public from toxic hazards, regardless of the scientific evidence, and falsely accuse the EPA of being unscientific to try to undermine its credibility.

One of the 10, toxicologist Michael Honeycutt, failed to secure a seat on the EPA’s seven-member Clean Air Scientific Advisory Committee when he was nominated for one last fall—with good reason. Over the last decade, Honeycutt, who heads the toxicology division of the Texas Commission on Environmental Quality, rolled back the state’s relatively weak protections for 45 toxic chemicals, including arsenic, benzene, formaldehyde and hexavalent chromium, the carcinogen that made Erin Brockovich a household name.

Honeycutt also has attacked EPA rules for ground-level ozone (smog), which aggravates lung diseases, and particulate matter (PM) (soot), which has been linked to lung cancer, cardiovascular damage, reproductive problems and premature death. In October 2014, Honeycutt argued that there would be “little to no public health benefit from lowering the current [ozone] standard” because “most people spend more than 90 percent of their time indoors” and “systems such as air conditioning remove it from indoor air.” And despite the overwhelming scientific evidence directly linking fine soot particles to premature death, Honeycutt testified before Congress in June 2012 that “some studies even suggest PM makes you live longer.”

For example, the ACC has lobbied against establishing federal rules on silica dust exposure and disclosing the chemicals used in hydraulic fracturing. It has been instrumental in limiting community access to information about local chemical plants. And it has played a key role in quashing government efforts to regulate bisphenol A (BPA), an endocrine-disrupting chemical used in plastics and can linings; flame retardants, which have been linked to birth defects and cancer; and formaldehyde, a known carcinogen. White downplayed formaldehyde’s risks in a September 2016 blog on the ACC website.

Who Needs a Cleaner Environment?

Finally, three of the pro-polluter candidates are economists with a distinct corporate tilt: Richard Belzer, whose clients include the American Chemistry Council and ExxonMobil Biomedical Sciences; Tony Cox, whose clients include the America Petroleum Institute, Chemical Manufacturers Association and Monsanto; and John D. Graham, dean of Indiana University’s School of Public and Environmental Affairs, who is currently doing contract work for the Alliance of Automobile Manufacturers on fuel economy standards and the libertarian Searle Freedom Trust on regulatory “reform.” All three emphasize the cost to industry to reduce pollution, discount scientific evidence of the risk of exposure, and ignore the benefits of a cleaner environment.

Perhaps the best known is Graham, who ran the Office of Management and Budget’s (OMB) Office of Information and Regulatory Affairs (OIRA) for five years during the George W. Bush administration. His appointment to that position was hotly contested because in his previous job, directing the Harvard Center for Risk Analysis, he routinely understated the dangers of products manufactured by the center’s corporate sponsors by using questionable cost-benefit analyses.

As predicted, Graham applied that same simplistic, industry-friendly calculus at OIRA, which oversees all government rulemaking, and at the tail end of his tenure in 2006, he unsuccessfully attempted to standardize risk assessments across all federal agencies. Public interest groups and the scientific community, spearheaded by the American Association for the Advancement of Science, came out in full force against the idea, and a National Research Council (NRC) committee unanimously rejected it as “fundamentally flawed.”

“Economists like Graham are frustrated because the EPA has been conservative about risk,” said Center for Progressive Reform co-founder Rena Steinzor, who wrote a stinging indictment of Graham’s government-wide proposal in a May 2006 issue of Inside EPA’s Risk Policy Report: “The EPA gives more margin to safety. That drives economists crazy. They think it leads to over-protection. But there are not many examples of chemicals that turn out to be less harmful than we thought.”

Foxes Advising the Foxes in the Henhouse?

Putting climate science deniers and industry apologists on the EPA Science Advisory Board (SAB) would not only undercut the panel’s legitimacy, it also would provide cover for the corporate shills now in key positions at the agency, starting with Administrator Scott Pruitt, who has the final say on who is selected, and Nancy Beck, a deputy assistant administrator who most recently worked for the American Chemistry Council, and before that, for Graham at OMB.

“The Science Advisory Board has been providing independent advice to the EPA for decades, ensuring that the agency uses the best science to protect public health and the environment,” said Genna Reed, a policy analyst at the Union of Concerned Scientists. “SAB members have always been eminent scientists who are committed to the often-challenging public service of working through complex scientific topics to help guide EPA decision-making. They are the EPA’s scientific compass. The agency’s mission to safeguard our air and water will be further compromised if Administrator Pruitt winds up selecting these unacceptable candidates.”

Reposted with permission from our media associate Huffington Post.