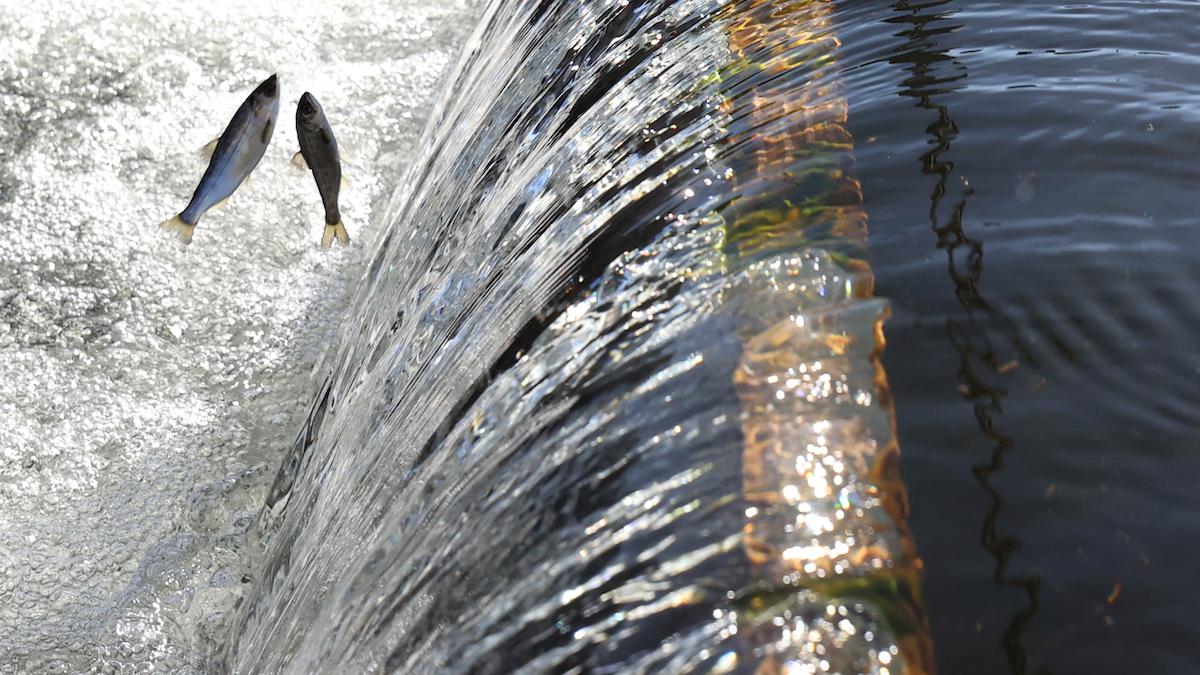 Young fingerling Chinook salmon jump out of the water on May 11, 2021 in Gold River, California. Justin Sullivan / Getty Images

Extreme heat waves have made this a devastating summer for the endangered salmon species of the U.S. West Coast. In mid July, California wildlife officials warned that almost all of the young Chinook salmon in the Sacramento River would likely die because of lower water levels and higher water temperatures.

But, amidst all the catastrophic headlines was a cool spring of good news. The U.S. Environmental Protection Agency (EPA) is finally acting to protect more than two dozen endangered West Coast salmon and steelhead species from pesticides.

“For the first time, Pacific salmon will be protected by on-the-ground conservation measures to limit pesticide pollution into our rivers and streams,” Brett Hartl, government affairs director at the Center for Biological Diversity (CBD), said in a statement emailed to EcoWatch. “This is a great start, but the EPA has still failed to act on hundreds of other deadly pesticides that continue to harm these iconic wildlife species. The agency needs to build on this success and enact similar protections to ensure salmon have a future in the West.”

The EPA first announced that it was taking the steps July 9, in response to two biological opinions from the National Marine Fisheries Service (NMFS) on the impact that the pesticides 1,3-D and metolachlor and bromoxynil and prometryn had on 28 federally listed endangered and threatened species of Pacific salmon and steelhead in Washington, Oregon and California. 1,3-D is used in the soil to control nematodes, wireworms, and symphylans while metolachlor, bromoxynil and prometryn are all herbicides. All of them are currently applied using rates and methods that have the potential to enter aquatic ecosystems at concentrations that would cause harm to the plants and animals that live there, especially in shallow waters near where the pesticides are used.

In this case, the biological opinions concluded that the registered uses of the pesticides in question did not represent an extinction risk for the endangered species or threaten to destroy their critical habitats, an EPA spokesperson told EcoWatch in an email. However, they could have sublethal impacts on the salmon themselves and reduce the amount of prey available to them.

Therefore, “the biological opinions also describe reasonable and prudent measures to minimize unintentional harm or death that could result from use of these pesticides to individuals of these listed species and their critical habitats,” the EPA wrote in its announcement.

Those measures include no-spray buffers, retention ponds and the ability for pesticide users to participate in regional stewardship programs.

Pesticides generally are a problem for salmon for several reasons and can have a variety of impacts depending on the chemical involved. They can disrupt the endocrine system, harm their reproductive ability or disorient salmon, making it harder for them to migrate successfully. They are also only one of several problems facing salmon currently, including dams, ocean acidification and the drought and higher water temperatures associated with the climate crisis. However, the fact of these other problems does not make them less urgent to address, wildlife advocates say.

For one thing, pesticides can interact with these other stressors to make life more difficult for salmon. For example, their presence can actually make water hotter.

“We’re having warming temperatures,” Northwest Center for Alternatives to Pesticides (NCAP) Healthy Wildlife and Water program manager Sharalyn Peterson told EcoWatch, “so that in combination with pesticides causes a warming of the water which is bad for salmon.”

Further, Burd explained, protecting salmon from pesticides is a relatively simple action that can be implemented as soon as possible, unlike something like reducing greenhouse gas emissions, which requires larger-scale changes.

“In thinking about the threats that salmon or any other species face, it’s important to note what threats can we do something about right now,” Burd said.

Earthjustice attorney Steve Mashuda agreed, listing pesticides with dams as “discretionary human activities that we have the power to change.”

While it might take longer to reduce ocean and river temperatures, it won’t do salmon populations any favors if the fish who do survive extreme weather events like droughts are then killed by pesticide exposure.

When it comes to protecting these vulnerable fish, he said, “we’re past time for pulling out all the stops, so we need to be doing everything we can.”

Despite the relative simplicity of protecting salmon from pesticides, the EPA’s July decision has been nearly 20 years in the making, Mashuda explained. In fact, it has its origins in a lawsuit that the Washington Toxics Coalition brought against the agency with help from Earthjustice in 2001, arguing that the EPA had not consulted with NMFS on how 54 commonly-used pesticides impacted 26 endangered or threatened species of Pacific salmon and steelhead.

The court ruled in 2003 that the EPA and the NMFS had to consult on the pesticides’ impacts, but this process got delayed over the years, and advocates had to sue again around 2007 and then during the Trump years to keep the process on track. The agencies have been slowly working their way through the pesticides, but some of their decisions have had to be redone after the pesticide industry countersued.

“If you had asked anyone in 2002 if 2021 would roll around and the whole thing wouldn’t be complete… it would have been amazing, or frightening or whatever, but here we are,” Mashuda said.

One major cause of the delay was that the EPA and the NMFS had a different way of calculating risk. The EPA tended to test chemicals in the lab, which would clarify the lethal dose but not other impacts such as immune response. The NMFS, on the other hand, took a more holistic approach to how the pesticides would interact with other stresses in the environment to harm the fish. Eventually, the National Academy of Sciences studied the issue and resolved that the NMFS had the right of it. But Mashuda thought that the EPA’s lab-based methodology was one reason it has historically been so slow to protect salmon and other endangered species from pesticides, a problem noted by many wildlife advocates over the years. The other reason, he said, was industry influence.

Burd agreed that the EPA had fought “kicking and screaming against doing what the law requires them to do” when it comes to reviewing the impacts of pesticides on endangered species and acting accordingly.

She hoped July’s decision might be a turning point.

“It’s great that they say they’re going to do something,” she said. “Now let’s see what they actually do.”

The EPA, for its part, pointed to biological opinions it had implemented for pesticides including thiobencarb and anticoagulant prairie dog baits. It also said that it was currently in the process of consulting on several other pesticides.

“EPA will implement additional biological opinions, once they are finalized, to the extent that our statutory and regulatory authority allow,” an EPA spokesperson told EcoWatch.