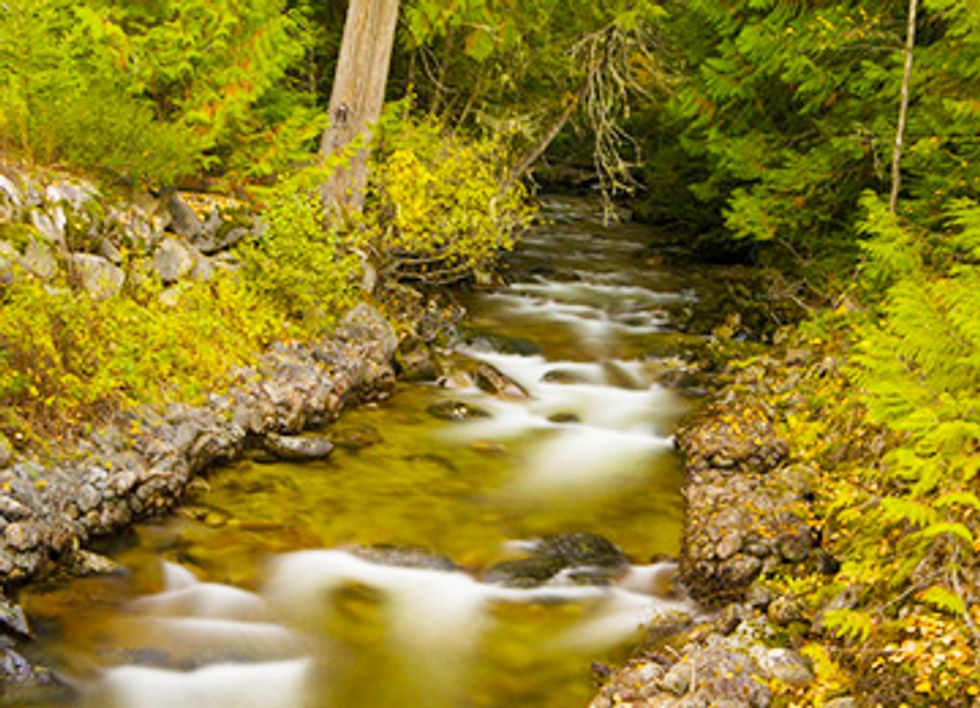 A stream in Idaho. The rule allowed industries to pollute Idaho's high-quality rivers and lakes without state or public review. Photo courtesy of Jasper Nance.

Some of Greater Yellowstone's most pristine waters received good news yesterday when the U.S. Environmental Protection Agency (EPA) announced an about-face on Idaho's request to skirt environmental regulations on its highest-quality waters.

In retracting its approval of Idaho's so-called de minimis rule, the EPA cited the Clean Water Act in agreeing with the Greater Yellowstone Coalition (GYC) that the Idaho rule posed too much of a threat to the state's purest waterways. The rule allowed industries to pollute high-quality rivers and lakes without state or public review.

The decision will protect all waters of the state, including streams negatively impacted by southeast Idaho's phosphate mining industry, which has sought to avoid review of its degrading practices. The EPA pointed out that it is especially inappropriate to apply the rule to such "bio-accumulatives" as selenium—a deadly byproduct of phosphate mining—because the toxic chemical accumulates not only in waters but in the air, plants and food as well.

When the EPA approved Idaho's de minimis rule in 2012, Earthjustice filed suit on behalf of GYC. Rather than defending its rule before a federal court, EPA went back to the drawing board and emerged with today’s decision, which reversed the agency’s prior approval.

“EPA’s decision protects Idaho’s most pristine water bodies against a ‘death by a thousand cuts’ from toxic chemicals that can accumulate to create a big pollution problem," said Earthjustice attorney Laura Beaton. "Going forward, no one may pollute the state’s cleanest waters without an in-depth review—and that’s just common sense, which is desperately needed if we want our waters to be clean and safe.”

“This is a big win for Idaho's waters. We are happy that EPA has done its job here in taking a serious look at the issue of bio-accumulative chemicals, including selenium," said Andrea Santarsiere, Idaho legal associate for GYC in Idaho Falls. "Applying a de minimis rule to such pollutants doesn’t make sense, and EPA eventually agreed with us on that point.”