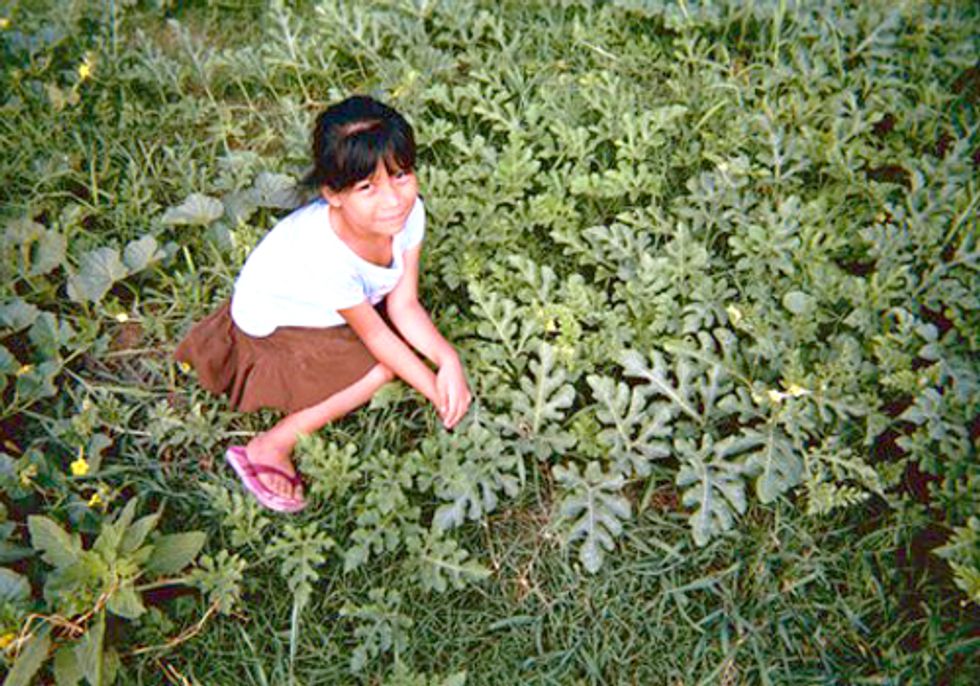 Farmworker children and other kids in rural areas still face high rates of exposure to chlorpyrifos.

On July 18 the U.S. Environmental Protection Agency (EPA) announced new restrictions on the pesticide chlorpyrifos, commonly sprayed on corn, oranges, grapes, almonds and other crops and linked to learning disabilities in children. The move comes in response to legal action by Pesticide Action Network (PAN) and other environmental organizations and as rural communities demand greater protections from the brain toxin.

“EPA is taking a big step in protecting children from the neurotoxic pesticide chlorpyrifos by significantly reducing the amount applied to fields and orchards,” said Emily Marquez, PhD, staff scientist at Pesticide Action Network. “The agency should go even further to protect children wherever they live, learn and play and pull the pesticide off the market.”

Recent studies show that exposure to chlorpyrifos in the womb and in early childhood, during critical stages of development can lead to lasting effects on the brain. Researchers now say that as many as 25 percent of all U.S. children may have IQs several points lower due to eating foods treated with chlorpyrifos and similar pesticides.

EPA cancelled the residential uses of chlorpyrifos in 2002 because of the hazards posed to children, yet agricultural uses are still permitted. However, children living in farm communities remain especially high risk. In addition to chlorpyrifos exposure from food, they may also be breathing airborne chlorpyrifos drift from nearby farms in their classrooms and homes. Farmworker children are exposed even more, as parents can carry pesticide residues home at the end of the day on work clothing and shoes.

At age 17, Luis Medellin began using PAN’s Drift Catcher to document chemical drift from neighboring citrus groves, finding that a majority of samples contained chlorpyrifos. Community members tested during the chlorpyrifos application season had high levels of the chemical in their bodies—much higher than the background levels found in the general population from eating food containing chlorpyrifos residues. The evidence from his small town of Lindsay, Calif., as well as communities in Washington, fueled a legal petition to remove chlorpyrifos from the market that was filed by PAN and Natural Resources Defense Council, and later, litigation by those groups with the support of Earthjustice.

“Chlorpyrifos drift poses serious threats to communities like mine,” said Luis Medellin, speaking on behalf of the community organization El Quinto Sol de America. Luis grew up in homes next to farms that used chlorpyrifos in California’s San Joaquin Valley and awoke to pesticide spraying on July 18. “While today’s announcement is good news, the realities on the ground show that this pesticide can’t be used without hurting people who live nearby.”

EPA’s new protections are focused on protecting people from exposure to spray drift and include:

Visit EcoWatch's FOOD and BIODIVERSITY pages for more related news on these topics.