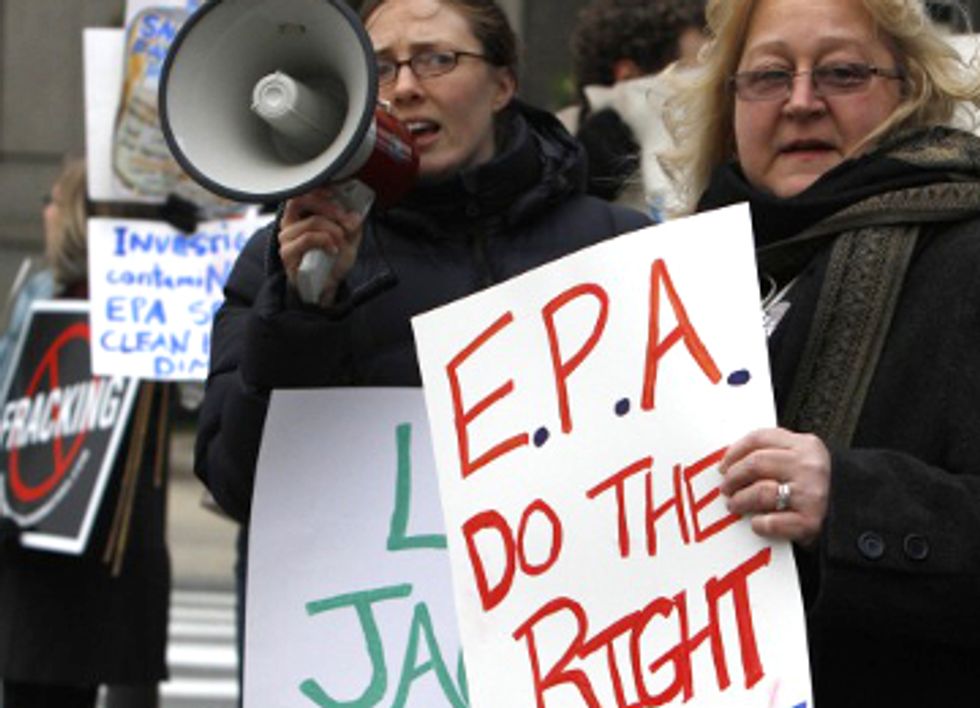 The U.S. Environmental Protection Agency (EPA) is moving back its timeline for release of its study on the impact of hydraulic fracturing from 2014 to 2016, the agency announced this week at the Shale Gas: Promises and Challenges conference in Cleveland, OH.

The study, aimed at assessing the threats fracking poses to groundwater supplies and air quality, began in 2010 under the direction of Congress. The intent was to create a thorough assessment of the drilling method so states could make informed decisions on whether to ban fracking or regulate the industry.

With the study’s release still years away, some observers question whether it will mean much at all, as the industry is likely to continue its takeover. Horizontal drilling is already taking off in North Dakota, Pennsylvania, Colorado and Ohio, to name a few. Just this week, Illinois enacted a new law welcoming the industry into the southern portion of the state.

In June 2012, there were more than 680,000 fracking wells throughout the country, according to a Scientific American report—and there’s no sign of it slowing down. By 2018, North America’s daily supply of oil will be 3.9 million barrels higher than it was in 2012, according to the International Energy Agency.

This expansion of the industry will happen before the EPA study can provide guidance on the possibility of water contamination from the fracking process, which injects a combination of water, chemicals and silica sand deep into the earth to break up formation where oil is locked. The concern is that, once injected, those chemicals will seep into the groundwater supply.

For some, it’s more than a concern—it’s a reality. According to EPA’s coordinator of hydraulic fracturing research, Jeanne Briskin, 1,000 chemicals have already been identified as those commonly used in the drilling process.

Without adequate understanding of what is happening and what the consequences are, particularly related to water supplies, a release date of 2016 could be too little, too late.

In the meantime, federal and state governments are attempting to put regulations in place, yet not everyone is convinced they’re doing enough to protect Americans.

Just last month, the Obama administration said it would force oil companies to disclose chemicals used in the drilling process. However, the requirement came with a loophole: The contents of the fracking fluid will be disclosed through the industry-run FracFocus.org, which doesn’t require companies to reveal chemicals that are considered “trade secrets.”