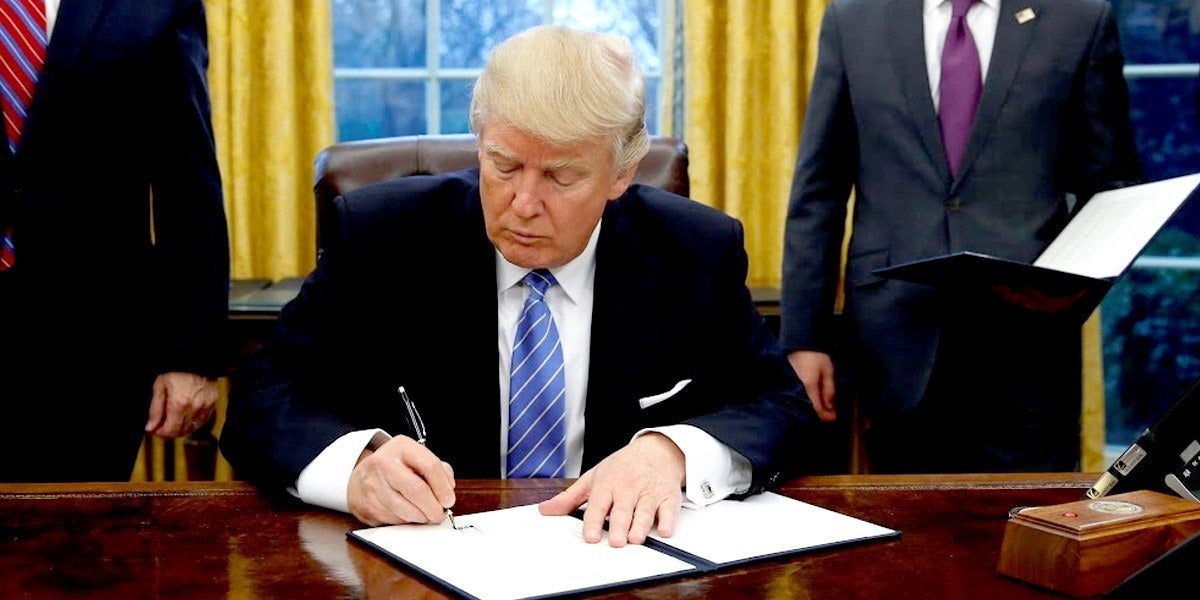 The Trump administration is expected to begin attacks on the U.S. Environmental Protection Agency (EPA) and climate science at the executive level now that the administration has a leader in place at the agency.

Multiple outlets have reported that President Trump may be planning a visit to EPA headquarters as early as this week, where he could sign executive orders targeting Obama administration climate policies and the agency’s structure.

The Washington Post added additional details yesterday evening, reporting that two executive orders being prepared target the Clean Power Plan and the Waters of the U.S rule for a revamp, while also lifting a moratorium on coal leasing on federal land. Congress is keeping busy with climate rollbacks too, as the Senate eyes a vote on methane regulations this week.

One executive order—which the Trump administration will couch as reducing U.S. dependence on other countries for energy—will instruct the Environmental Protection Agency to begin rewriting the 2015 regulation that limits greenhouse-gas emissions from existing electric utilities. It also instructs the Interior Department’s Bureau of Land Management (BLM) to lift a moratorium on federal coal leasing.

A second order will instruct the EPA and Army Corps of Engineers to revamp a 2015 rule, known as the Waters of the United States rule, that applies to 60 percent of the water bodies in the country. That regulation was issued under the 1972 Clean Water Act, which gives the federal government authority over not only major water bodies but also the wetlands, rivers and streams that feed into them. It affects development as well as some farming operations on the grounds that these activities could pollute the smaller or intermittent bodies of water that flow into major ones.