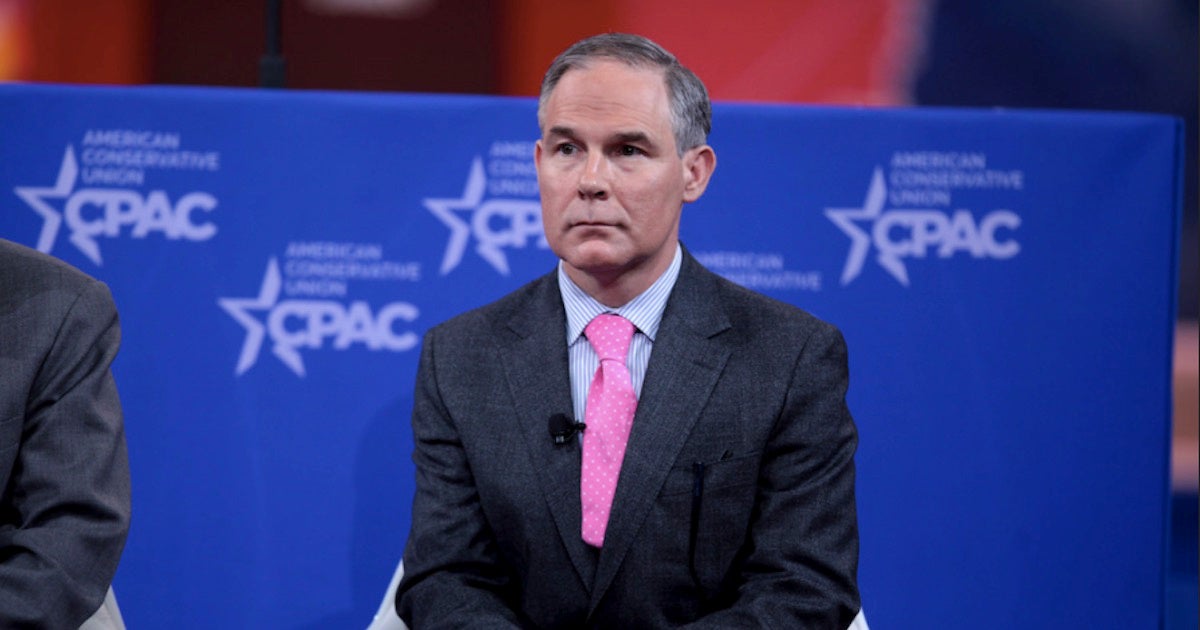 The U.S. Environmental Protection Agency (EPA) Administrator Scott Pruitt has been noted for taking unusual steps to operate with extreme caution at the job—including the installation of a $25,000 soundproof communications booth and contravening a bi-partisan EPA transparency practice of keeping his schedule secret.

Now, CNN reports, the EPA is expanding Pruitt’s security detail with an additional 12 agents, meaning his total security fleet stands at 30 bodyguards. This will cost the department $2 million a year in salaries alone and does not include training, equipment or travel.

Before the new hires, Pruitt’s security detail had already demanded “triple the manpower of his predecessors” and is forcing “officials to rotate in special agents from around the country who otherwise would be investigating environmental crimes,” the Washington Post reported last month.

No other administrator has needed 24/7 security but Pruitt has reportedly received more death threats than any other EPA chief. The inspector general said the office has launched investigations into more than 70 such threats.

“We have at least four times—four to five times the number of threats against Mr. Pruitt than we had against Ms. McCarthy,” said assistant inspector general Patrick Sullivan, referring to President Obama’s EPA administrator, Gina McCarthy.

However, eyebrows are raising over Pruitt’s questionable use of taxpayer money. In August, the inspector general launched a “preliminary investigation” into Pruitt’s frequent trips back to his home state of Oklahoma “at taxpayer expense” following congressional requests. Airfare for these trips reportedly cost more than $12,000.