This Coal Lobbyist Could Head the EPA, and He May Be Worse Than Pruitt 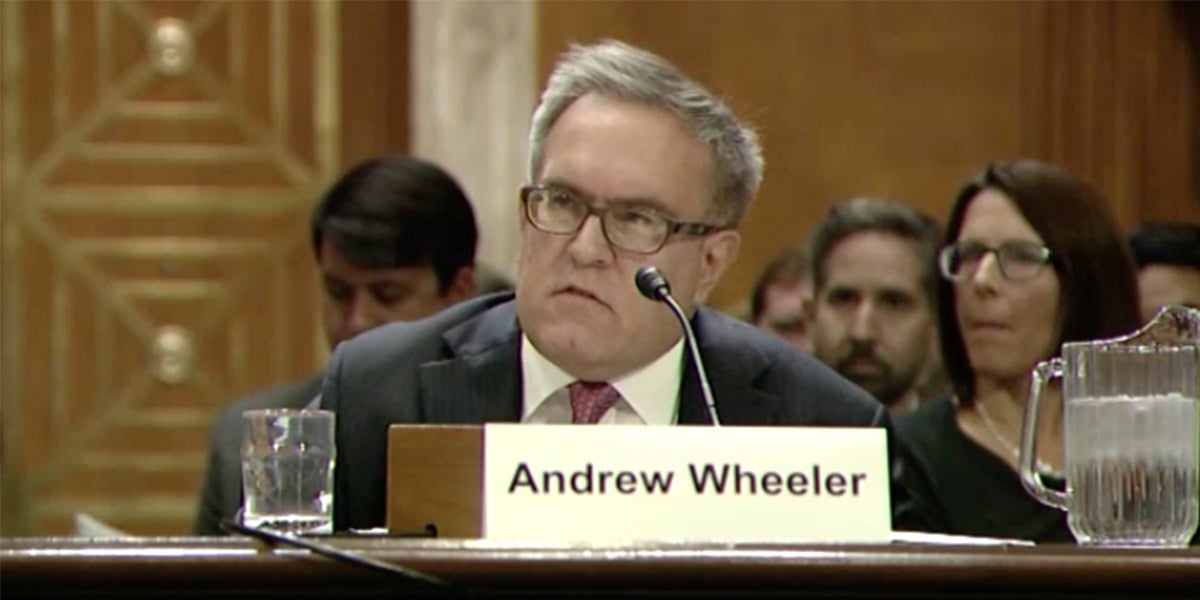 Given the tenuous hold Scott Pruitt has on his job leading the U.S Environmental Protection Agency (EPA), attention has now turned to the pending nomination of coal lobbyist Andrew Wheeler to become the embattled agency’s deputy administrator.

In the event Pruitt were forced from office by the avalanche of scandals swirling around him, Wheeler—if confirmed as the agency’s number two—would suddenly be running the EPA.

His tenure as acting administrator could be lengthy, too, given the closely divided Senate and the controversial policies of the Trump administration in this area.

And things are moving fast: Wheeler’s nomination is scheduled to come before the Senate this week. It is critically important that Americans get educated on his career to date.

Here’s the bottom line: Andrew Wheeler running the EPA would go far beyond having an administrator overly influenced by lobbyists. If he’s confirmed, the head of the EPA would, in fact, be an energy industry lobbyist.

On Wheeler’s client list was Murray Energy, one of the worst corporate citizens in America.

Working for a big lobbying firm, Faegre Baker Daniels, Wheeler lobbied on behalf of energy companies for nearly a decade, including Murray. He earned more than $3 million in income for his firm from the large coal mining company.

Since Wheeler began lobbying for Murray Energy, the company has paid millions in fines and penalties for contaminating waterways in Ohio, West Virginia and Pennsylvania with coal slurry and discharge.

In 2010, Murray Energy contaminated the Captina Creek in Ohio for the fourth time since 2000, with coal slurry. According to the Columbus Dispatch, coal slurry from Murray Energy spilled into the creek in 2000, 2005 and 2008.

In 2015, federal regulators accused Murray Energy of attempting to silence whistleblowers and said that “Murray Energy chided 3,500 workers for making too many confidential safety complaints to regulators and—at one of the mines—threatened to retaliate by closing down operations.”

As Wheeler’s client, Murray Energy created an “action plan” for the EPA that called for overturning rules limiting mercury pollution, carbon pollution and air pollution that crosses state lines. It also called for cutting the EPA “at least in half.”

Insider knowledge could make him dangerous.

He’s devoted his career to defending the interests of the nation’s largest polluters, as a lobbyist and in jobs on Capitol Hill. As deputy administrator, Wheeler would likely use his bureaucratic knowledge to continue to work for the goals of his past clients—with tragic results for our air, water, kids and heath.

That could make him even more dangerous than Scott Pruitt.