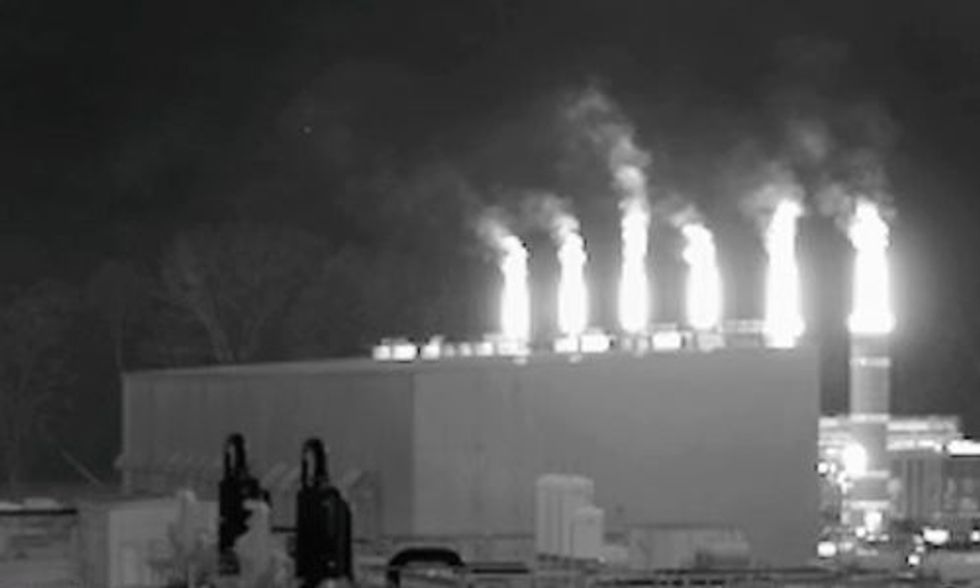 Today, the Obama administration released its proposed rule to limit air pollution from fracking and other oil and gas operations. The Methane Pollution Standard is the first limits on methane emissions from new and modified facilities including well pads, compressor station, storage facilities and other infrastructure.

At Earthworks we have witnessed the impacts of air pollution from oil and gas drilling for decades. But, it was only when we purchased our FLIR Gasfinder camera a year ago that we were able to see firsthand the methane and volatile organic compounds spewing from nearly every oil and gas site we visited. It was scary for us to see and it is even scarier for communities to live with.

These Clean Air Act rules come at a time when the rush to drill has scarred our landscapes and the hearts of families whose children are suffering from environment-induced asthma, nosebleeds and headaches. Fracking and the web of infrastructure that comes with it, has reached its spidery fingers into our most vulnerable neighborhoods, far beyond the point of extraction. The oil and gas industry has left no stone unturned and neither can we.

Better regulations to rein in this out-of-control industry are one tool in our toolbox to help reduce the harm of fracking across the country. These rules will make a difference for people from California to Texas to Ohio and Pennsylvania who are faced with oil and gas knocking on their front door.

The rules address threats to our air, our planet and our common sense:

We can see the pollution and we can stop it.

But the rule falls short. It only covers new facilities, leaving people who have already signed leases, already grown their families in areas infiltrated by industry, in danger. We cannot afford to turn down any solutions, but we also cannot afford to stop fighting for comprehensive solutions that protect everyone.

And that’s the elephant in the room. In order to protect our clean air for the long haul, we must expedite the transition to renewable energy—today. We have the solutions, it’s time our leaders in Washington take decisive action to realize the renewable energy future we need now.