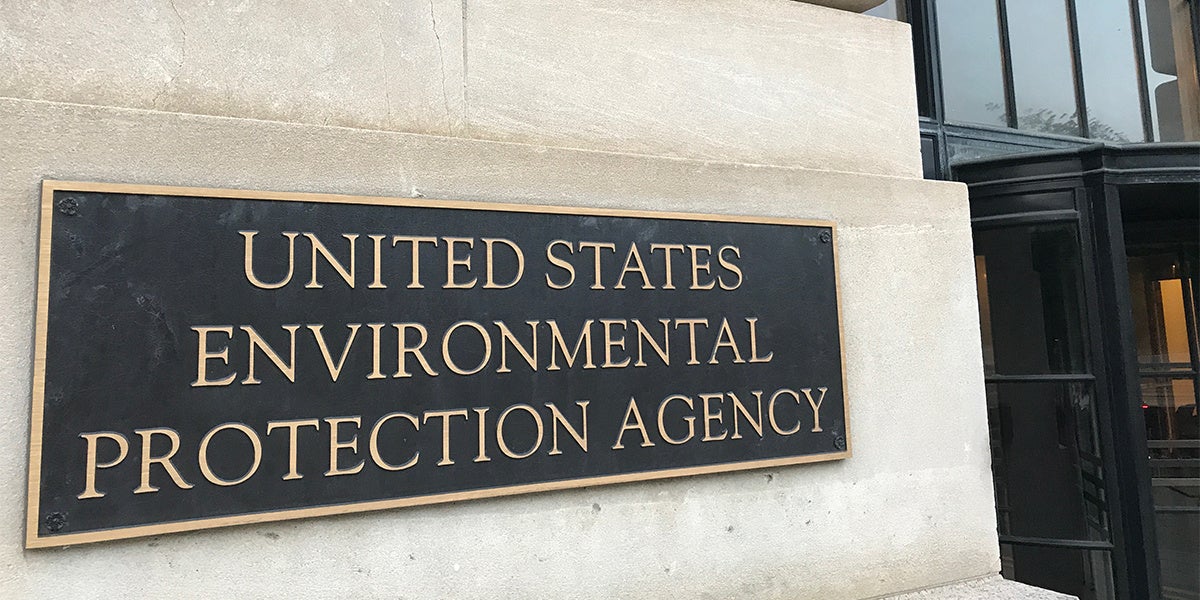 The U.S. Environmental Protection Agency (EPA) blocked reporters from CNN, E&E News and the Associated Press from attending a summit about water pollution on Tuesday, and a security guard reportedly grabbed a journalist by the shoulders and “forcibly” shoved her out of the building.

“Guards barred an AP reporter from passing through a security checkpoint inside the building. When the reporter asked to speak to an EPA public-affairs person, the security guards grabbed the reporter by the shoulders and shoved her forcibly out of the EPA building,” the AP said Tuesday.

EPA spokesman Jahan Wilcox told the journalists they had not been invited to the summit and there was not space for them. Wilcox told NBC News the agency provided them with a livestream. He claimed the AP reporter threatened “negative coverage” if she was not allowed to attend the event, but also that he was “unaware of the individual situation that has been reported.”

A climate reporter for Politico tweeted Tuesday that a security guard joked about how he told an AP reporter she could not film as she was being kicked out of the agency building.

As I was walked into the chemicals summit at EPA today, a security guard joked about how she warned @KnickmeyerEllen that she couldn't film as she was being told to leave the agency and barred from entering the event https://t.co/zCol0I7bCV

A journalist from E&E confirmed that his outlet as well as CNN and the AP had been barred from attending the event.

This morning's PFAS Leadership Summit at @EPA headquarters is open to the press… just not to reporters from @EENewsUpdates, @AP or @CNN. We've all asked the agency's press office why we're being selectively shut out and have gotten no responses.

The AP report of the incident provoked widespread condemnation of the agency and guard’s behavior.

🚨 BREAKING: When the Associated Press showed up to an EPA meeting about water contamination this morning, their reporter was physically shoved out of the building.

Another event that Scott Pruitt apparently doesn’t want to public to know about: The EPA is barring AP and CNN reporters from its summit on contaminants. Security guards grabbed an AP reporter and shoved her out of the building. https://t.co/prjmFW2b6p

We need journalists to be able to report on the actions of the government without fear or favor.

We need to call out when government takes action designed to prevent news from serving as a check on power.

We need to support the First Amendment.https://t.co/SPOoUL6rpX

EPA Administrator Scott Pruitt convened the meeting about water contaminants perfluoroalkyl and polyfluoroalkyl after facing fierce criticism last week for preventing the release of a major study examining their impacts on waterways throughout the country.

Published emails revealed the agency and the Trump White House feared a “public relations nightmare” in response to widespread contamination from the chemicals, which are commonly used in Teflon, firefighting foam, and by the Department of Defense for exercises at U.S. bases, and have been tied to thyroid and pregnancy issues as well as some cancers.

After news broke that the agency and the White House were blocking the release of the study, Friends of the Earth had tweeted, “Scott Pruitt is more worried about journalists than poisoning millions of Americans.”