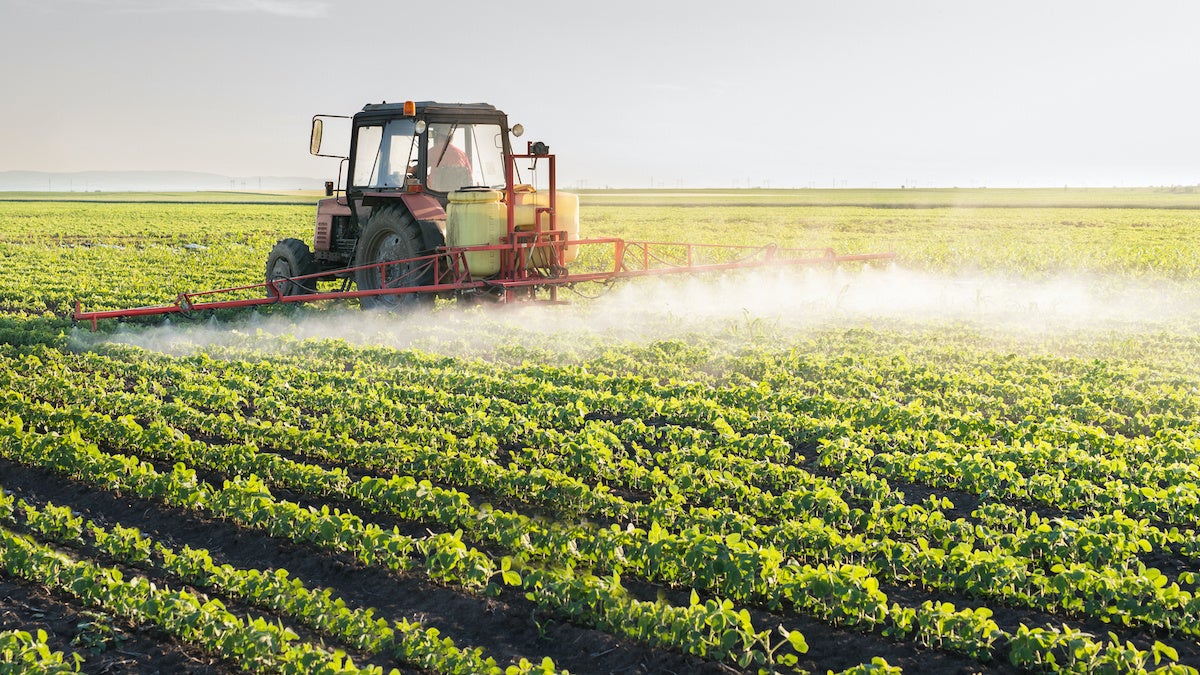 The EPA announced that soybean farmers in 25 states are allowed to spray Alite 27, a cancer-causing weedkiller known to drift 1,000 feet. fotokostic / iStock / Getty Images Plus

In the midst of the coronavirus epidemic, the U.S. Environmental Protection Agency (EPA) recently announced that soybean farmers in 25 states are allowed to spray Alite 27, a cancer-causing weedkiller known to drift 1,000 feet from where it was sprayed, according to The Midwest Center for Investigative Reporting.

To approve new use for the herbicide, which has the chemical name isoxaflutole and is manufactured by German-chemical giant BASF, the EPA had to skirt around the usual public comment period for the decision. The registration for isoxaflutole was opened for public comment, but it was never listed in the federal register. Agencies almost always provide notice that they are considering a new rule in the federal register, according to to The Midwest Center for Investigative Reporting.

“The press release caught everyone off guard, we were just waiting for the EPA to open the comment period, and we never saw it,” said Nathan Donley, a senior scientist at the Center for Biological Diversity, referring to an EPA press release, as the AP reported.

The spray, which is already used on corn in 33 states, can be sprayed on crops that have been genetically engineered to resist the herbicide. Commodity farmers praised the decision and touted the weedkiller as an indispensable tool in their arsenal of supplies to push back against new “super weeds” that have grown resistant to several types of herbicides, including glyphosate, or RoundUp, the most commonly used herbicide in the U.S., as to The Midwest Center for Investigative Reporting reported.

“One of the biggest challenges growers face is resistant weeds, and the soybean market needed a new residual active ingredient to help fight against them,” said Darren Unland, Technical Marketing Manager, BASF Agricultural Solutions, in a company press release. “Alite 27 herbicide will provide growers with another pre-emergent herbicide option to layer into their herbicide program for effective, season-long control.”

Comments like Unland’s were the only ones that appeared in the public register. In fact, there were 54 comments in the public register and all of them were in praise of Alite 27, neglecting that it is a known carcinogen and that the drift of the herbicide is potentially harmful to nearby farms and farmers.

“Clearly no one from the public health community knew about this because no one commented,” Donley said, as The Midwest Center for Investigative Reporting noted. “Yet there was all these industry comments, all these positive comments. Someone was tipped off that this docket had been opened. One side was able to comment, the other wasn’t.”

While BASF and the EPA insist that they followed protocol and there was a month-long protocol for issuing public comment, the one-sided comments certainly raise eyebrows. The EPA, however, did put limits on the use of the potent herbicide, only allowing it in certain counties in 25 states and not in Indiana or Illinois, the two largest soybean-producing states.

Freese insisted he was ready with an arsenal of facts for the public comment period, but he never saw it. Amongst the facts that Freese wanted to present was the EPA’s own statement that isoxaflutole is a likely carcinogen that damages human liver enzymes, it contaminates ground water, it travels long distances from where it was sprayed, and its label is extremely complicated. It requires farmers to know their soil type and the height of their water table.

“It’s outrageous,” Freese said to The Midwest Center for Investigative Reporting. “They knew this is a bad news chemical, and it was very likely done because they didn’t want to give environmental groups the opportunity to comment on this, so they can avoid scrutiny.”