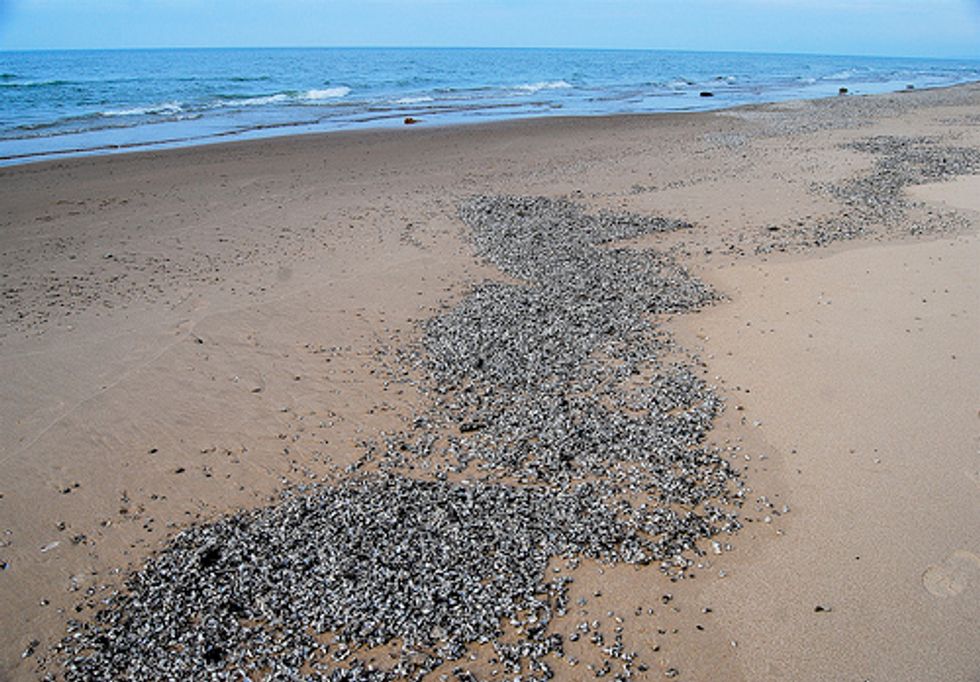 The U.S. Environmental Protection Agency (EPA) is failing to uphold its federal Clean Water Act duty to protect the Great Lakes and other U.S. waters from the introduction and spread of invasive species via ships’ ballast water discharge, conservation groups said in comments to the agency on Feb. 21.

The organizations call on EPA to strengthen a proposed permit to regulate ballast water discharges from commercial vessels. The comment period on the permit ends Feb. 21.

“The Great Lakes have been global ground zero for invasions and ought to be a global leader in prevention,” said Joel Brammeier, president and CEO of the Alliance for the Great Lakes. “We’ve waited long enough. EPA has the opportunity to apply the protections our waters sorely need. Let’s get it right this time.”

Invasive species introduced and spread via ballast water discharge are already wreaking havoc on the Great Lakes and other U.S. waters. A litany of non-native invaders—including zebra mussels, quagga mussels, spiny water fleas and round gobies—have turned the Great Lakes ecosystem on its head, altering the food web and threatening the health of native fish and wildlife. Non-native ballast water invaders cost Great Lakes citizens, utilities, cities and businesses at least $1 billion every five years in damages and control costs, according to research by the University of Notre Dame.

Despite the staggering costs associated with the damage caused by invasive species, the EPA has resisted taking action on the issue for decades. The proposed permit to regulate ballast water discharges comes after a long legal battle. Now, as the nation celebrates the 40th anniversary of the Clean Water Act, advocates are working to ensure the agency finally issues a permit that shuts the door on invasive species.

Conservation groups assert that the permit still leaves the Great Lakes and other U.S. waters vulnerable to the introduction and spread of invasive species—and does not adhere to the Clean Water Act. The groups are asking the EPA to make the following improvements to the permit:

Now the states must certify EPA’s permit. The EPA must issue a final permit by Nov. 30.