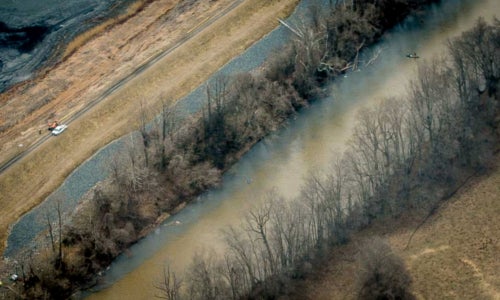 The U.S. Environmental Protection Agency and Duke Energy reached a deal Thursday afternoon to clean up one of the largest coal ash spills in U.S. history.

The deal comes after months of advocates demanding answers and residents calling for stricter enforcement.

As a result of Duke spilling thousands of tons of coal ash into the Dan River near Eden, NC in February, the EPA decided the company must:

“EPA will work with Duke Energy to ensure that cleanup at the site, and affected areas, is comprehensive based on sound scientific and ecological principles, complies with all Federal and State environmental standards, and moves as quickly as possible,” EPA Regional Administrator Heather McTeer Toney said in a statement.

“Protection of public health and safety remains a primary concern, along with the long-term ecological health of the Dan River.”

The decision will leave Duke on the hook, financially, too. The company will be required to reimburse the EPA for its time and oversight costs during the cleanup. The order also requires Duke to reimburse all past EPA response costs, along with future oversight costs in connection with the spill.

The spill began on Feb. 2 when a stormwater pipe broke underneath the 27-acre primary pond and drained to the Dan River. Although state regulators and Duke Energy scrambled to get the spill under control, they waited more than 24 hours before notifying the public of the spill on Monday evening. By then, an estimated 82,000 tons of coal ash and 27 million gallons of contaminated water had dumped into the Dan River, a public drinking water supply for downstream communities like Danville, VA.

More than 48 hours after the spill was discovered, thick, dark gray toxic coal ash sludge continued to flow out of the pipe into the river.