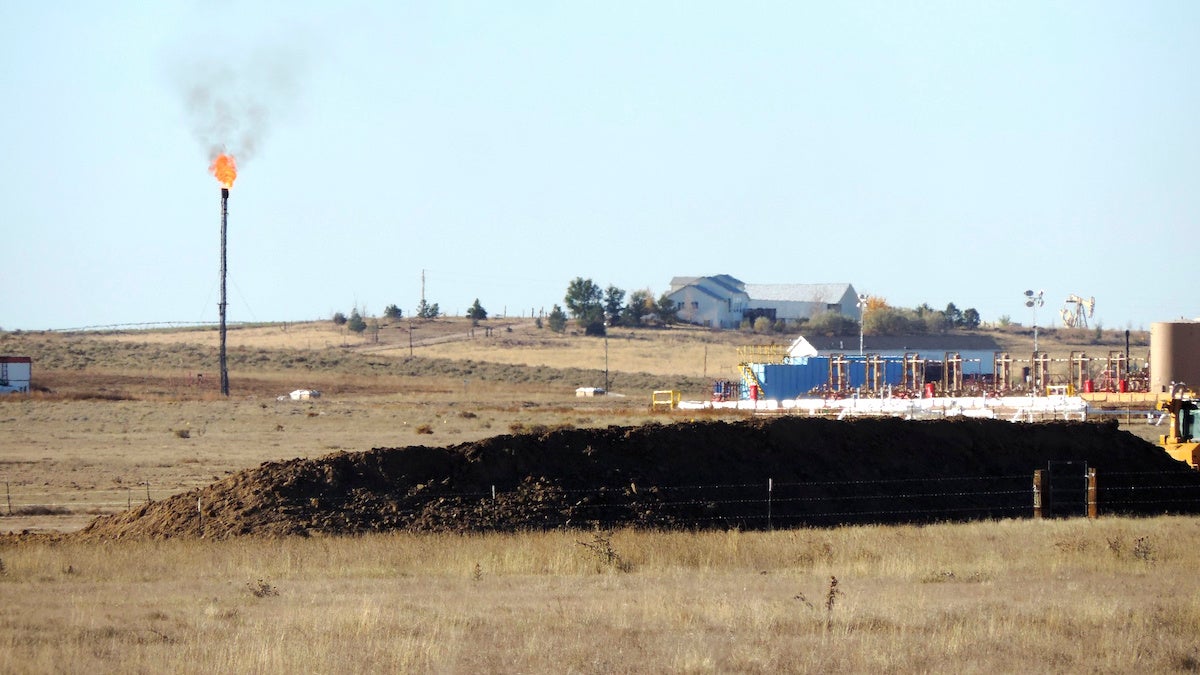 Methane flares at a fracking site near a home in Colorado on Oct. 25, 2014. WildEarth Guardians / Flickr

This new rollback concerns methane, a potent greenhouse gas destructive to the earth’s atmosphere. The EPA is expected to make the announcement on Friday that it is ending a stricture put in place by the previous administration that curbed the amount of methane that could be released in oil and gas exploration, as The Wall Street Journal reported.

Since the rule is not official yet, anonymous officials at the agency told The Wall Street Journal that the rollback will scrap the new rules that required oil and gas producers to have systems, checks and processes in place to identify and address methane leaks on their rigs.

The rollbacks do not end there. The Wall Street Journal also reported that the EPA will also end its oversight of ozone pollutants and emissions from pipelines and storage sites. Additionally, the agency will reduce its requirement for monitoring and reporting certain pollutants.

The EPA’s decision to end its oversight and slacken regulation may result in an additional 5 million metric tons of methane pollution released into the atmosphere each year.

Methane is a powerful greenhouse gas that can be 25 times more impactful than carbon dioxide in equal quantities, as The Hill reported. In 2018, it accounted for nearly 10 percent of all U.S. greenhouse gas emissions caused by human activity, mostly from the oil and gas industry, although commercial agriculture and the cattle industry are also large contributors to methane emissions.

As the Environmental Defense Fund (EDF) noted, the action would also mean no future action could regulate methane production from oil and gas facilities built before 2015. Their analysis shows that 9.3 million people live within half a mile of one of the older wells that the administration is seeking to leave forever unregulated by the EPA.

“Our federal methane safeguards have been in place since 2016, protecting Americans from unhealthy and climate-damaging pollution. The Trump administration’s decision to reverse course is deeply and fundamentally flawed,” said EDF lead attorney Peter Zalzal, in a statement. “Eliminating these safeguards would ignore the overwhelming body of scientific evidence documenting the urgent need to reduce methane pollution. And it is also starkly at odds with the broad and diverse set of stakeholders — including some major oil and gas producing companies — that support retaining and strengthening methane safeguards.”

The administration is using the decline in demand for oil and gas as a justification for easing the pollution rules. It argues that the rule is needed to free the oil and gas industry from what it calls crippling regulations during an economic slowdown due to the novel coronavirus. However, as The New York Times notes, the weakening of the rule has been in the works for more than a year.

As The New York Times noted, several of the world’s major fossil fuel companies actually support the methane rules and do not want to see them relaxed. In a 2019 public comment on a draft of the rule, Joe Ellis, a vice president at BP, urged the EPA “to continue to regulate methane emissions from new sources and to adopt a rule for existing sources. EPA regulation of methane across the value chain is the right thing to do for the environment, will support consistent regulation across the U.S. and can be cost-effectively achieved with new technology.”

Furthermore, Exxon urged the EPA in 2018 to maintain core elements of the Obama administration’s policy. And Gretchen Watkins, the U.S. chairwoman for Shell, which has urged the Trump administration to regulate methane emissions, said, “The negative impacts of methane have been widely acknowledged for years, so it’s frustrating and disappointing to see the administration go in a different direction,” as The New York Times reported.