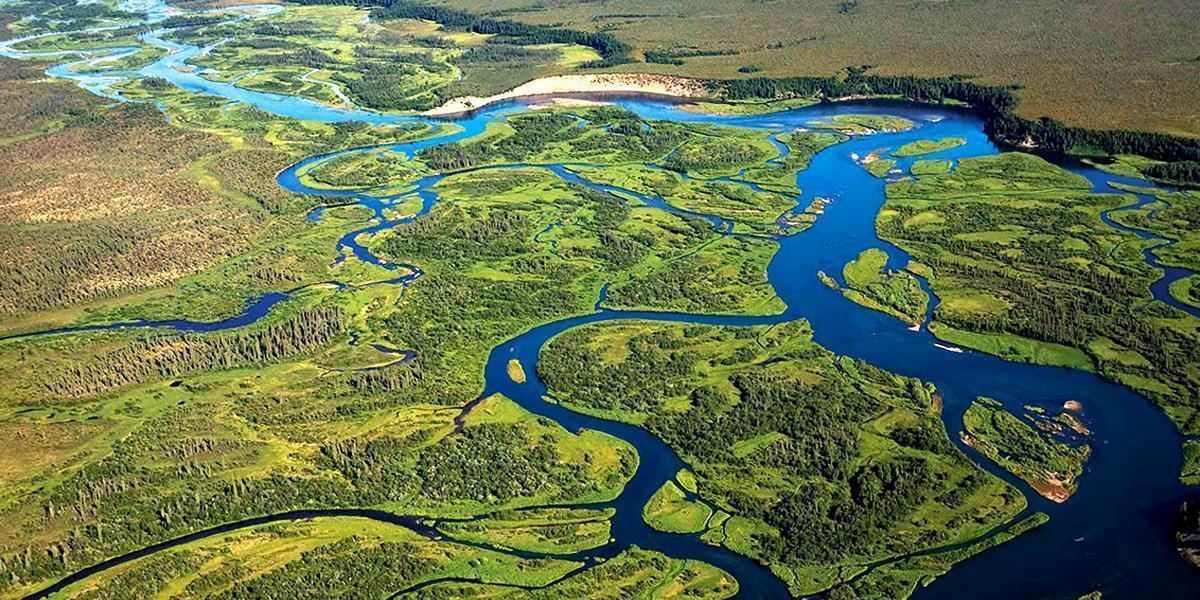 Friday the U.S. Environmental Protection Agency (EPA) settled a lawsuit with Northern Dynasty Minerals—the Canadian junior mining company behind the proposed Pebble Mine in Bristol Bay, Alaska. The settlement has not yet been filed with the court, but according to EPA and Northern Dynasty press releases it will shelve an Obama-era Proposed Determination to protect Bristol Bay. EPA agrees it will start the process of withdrawing its Proposed Determination and Northern Dynasty Minerals agrees to dismiss the lawsuit.

EPA Administer Scott Pruitt claims the settlement is about providing Pebble a “fair process,” but in reality it’s putting Pebble Mine first and Bristol Bay second. If he is really serious about “listening to all voices as this process unfolds,” then it’s time to listen to what the people of Alaska and Bristol Bay want. Spoiler alert: They do not want the Pebble Mine. More than 65 percent of Alaskans, 80 percent of Bristol Bay residents and Native communities, and 85 percent of commercial fishermen oppose the mine. 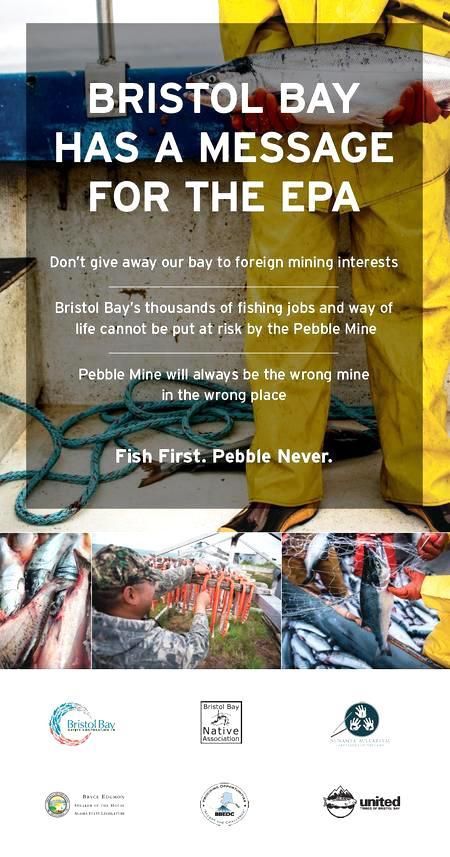 The Trump administration has made some bad decisions this week, but paving the way for the Pebble Mine is completely nonsensical. The Bristol Bay wild salmon fishery is the economic and cultural linchpin of the region that:

• Generates $1.5 billion annually. An economic report released by researchers at the University of Alaska Institute of Social and Economic Research found that the Bristol Bay commercial salmon fishery is worth $1.5 billion a year, making it the most valuable wild-salmon fishery in the world. The Bristol Bay commercial fishery is a prime example of a conservation economy, defined as a sustainable economy that directly depends on a healthy ecosystem.

• Supports 14,000 full and part-time workers. Not only do salmon sustain commercial fishing jobs, but they also support world-class sports fishing and Alaska Natives.

• Attracts tens of thousands of tourists each summer. The Bristol Bay watershed contains Alaska’s largest freshwater lake and is surrounded by two national parks, wildlife refuges and the largest state park in Alaska. It provides habitat for numerous species, including at least 29 fish species (all five species of Pacific salmon found in North America), more than 40 terrestrial mammal species and more than 190 bird species. It’s prized sports fishing results in more than 29,000 fishing trips per year. And the high densities of brown bear, moose, caribou, waterfowl and ptarmigan also attract eco-tourists and hunters alike from around the world.

• Sustains the culture and traditions of Alaska Natives. The Bristol Bay watershed has sustained indigenous peoples in Alaska for more than 4,000 years. The predominant Alaska Native cultures present in the Bristol Bay watershed—the Yup’ik and Dena’ina—are two of the last intact, sustainable, salmon-based cultures in the world. Salmon are the lifeblood of these cultures by providing subsistence food and subsistence-based livelihoods, as well as a foundation for their language, spirituality and social structure. The respect and importance given salmon and other wildlife, along with traditional knowledge of the environment, have produced a sustainable subsistence-based way of life that is a key element of Alaska Native identity and serves a wide range of economic, social and cultural functions. Maintaining a subsistence-based culture is possible due, in part, to the undisturbed condition of the Bristol Bay watershed.

The proposed Pebble Mine—and it’s 10 billion tons of mining waste at the headwaters of Bristol Bay—would risk it all. The Pebble Mine would create only about 1,000 temporary mining jobs while threatening 14,000 American commercial and recreational fishery jobs in a $1.5 billion annual salmon fishery that can last indefinitely. A three-year, twice peer reviewed scientific study concluded the Pebble Mine poses potentially “catastrophic” risks to the region.

Bristol Bay is too important—economically, environmentally, and culturally—to be sacrificed for the sake of a mine. Which is why EPA issued a Proposed Determination under Section 404(c) of the Clean Water Act that would have imposed common sense restrictions on the mine.

The Trump administration’s willingness to set aside that Proposed Determination is a disaster—economic, environmental and social.

Instead of putting America first, it sells out a $1.5 billion annual fishery and 14,000 jobs for the profit of foreign investors.

And instead of protecting the commercial fishermen, sportsmen and Alaska Natives who voted for Trump, it prioritizes a foreign mining company.

To be clear, Friday’s decision does not greenlight the Pebble Mine. But it does open the door for Pebble to pursue permitting. If the Pebble Partnership seeks permits, the Trump administration will have an opportunity to get it right. An opportunity to put fish and Bristol Bay first—and Pebble last.

Taryn Kiekow Heimer is the senior policy analyst for the Marine Mammal Protection Project and Land and Wildlife Program at the Natural Resources Defense Council.