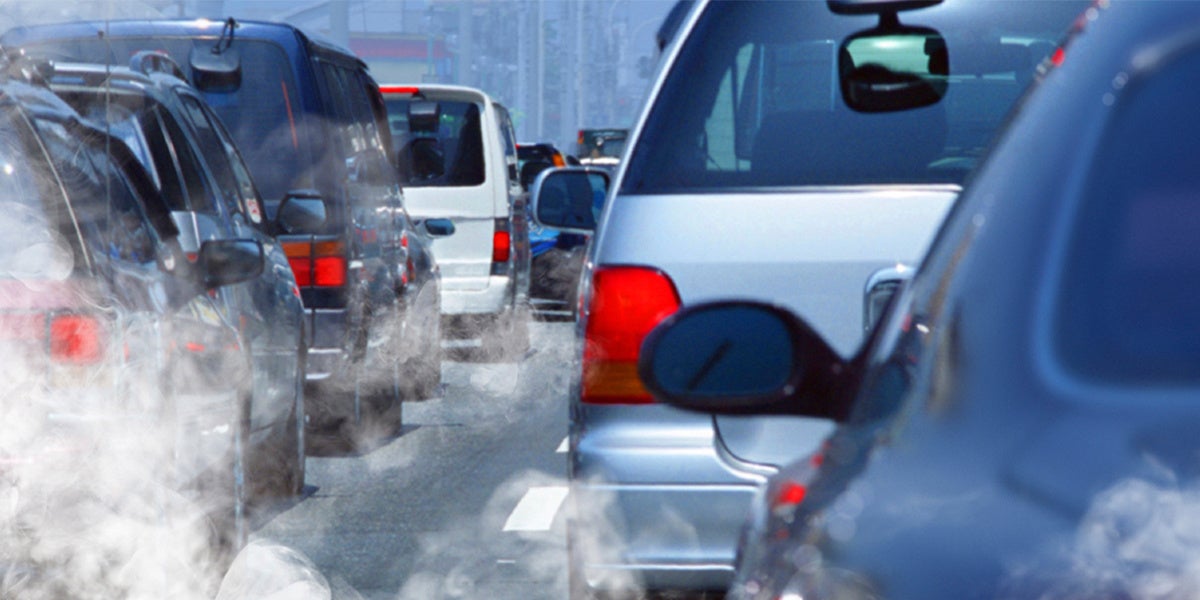 In what comes as a surprise to absolutely no one following the current administration, U.S. Environmental Protection Agency (EPA) Administrator Scott Pruitt on Monday issued a redetermination of the appropriateness of the EPA’s vehicle regulations through 2025 and found that they should be made less stringent. In doing so, he is overturning thousands of pages of hard evidence, and the consequences will be limiting consumer choice, increasing emissions and undercutting the economy.

This Decision Is Not Based on Evidence

The administrator doesn’t seem to understand that lower gas prices actually underscore the importance of having strong efficiency standards, increasing sales of SUVs don’t affect the ability of manufacturers to meet the standards, and these standards are job creators, which means putting them on hold is going to COST jobs, not protect them. Sadly, the flimsy document put forth by Administrator Pruitt is just another example of how little this administration cares about facts.

This Decision Is Bad News for the Environment

Unfortunately, here’s a fact that is unavoidable: transportation is the leading source of carbon dioxide emissions in the U.S. With more vehicles traveling further each day, it’s critical to ensure that those vehicles are using less fuel. If the EPA completely rolls back the regulations, as some have signaled, that will mean an additional half billion tons of global warming emissions just from the vehicles sold between 2022-2025. Doing so would make achieving hitting our obligations under the Paris agreement a virtual impossibility, significantly damaging our ability to hold global warming to 2 degrees Celsius.

Of course, burning more oil isn’t just bad for the environment—it’s bad for national security and terrible for the nation’s pocketbook.

This Decision Is Not Good for Consumers

These standards have been increasing the availability of more fuel-efficient vehicles in every single class of vehicle—that’s how they were designed. That means that whether a consumer is looking to buy a small car or a giant pick-up, they are going to save money the moment they drive off the lot thanks to fuel savings that more than compensate for any costs associated with fuel-saving technologies. This decision will now limit those savings and put manufacturers back in the driver’s seat, effectively determining what consumers are allowed to buy.

Unfortunately, the only way that we have gotten more efficient vehicles on the market for consumers is with strong efficiency standards. The last time we saw a market shift towards SUVs and pick-ups, it happened under flattened vehicle efficiency standards—the result was that new vehicles averaged worse fuel economy and produced more emissions. And that increased fuel use hit American consumers especially hard once gas prices started to rise again.

This Decision Is Bad for Business

At the turn of the millennium, manufacturers were selling gas guzzlers at a tremendous clip—but in doing so, they entirely neglected investment in their car fleet. As soon as gas prices began to rise again, sales of these largest vehicles fell, as Americans clamored for more efficient options. And when it came to the Detroit Three, those efficient choices simply weren’t there, sales plummeted, and taxpayers had to bail out the industry. The action the industry has taken to push the administration to weaken these rules is setting us up for a repeat of history.

Moreover, by putting more of consumers’ hard-earned dollars into the tank to pay for gas instead of being able to reinject that into the economy, this action will cost jobs. An independent analysis released this week shows that the economy is slated to grow by more than $16 billion, creating 265,000 jobs by 2035, if the standards are held today, a large chunk of which are explicitly created in automotive manufacturing and its supply chain. Suppliers themselves are well aware of the benefits these rules have provided and the negative consequences of a rollback—unlike automakers, they have also been willing to step out and support strong standards.

This Decision Relinquishes Leadership on Climate Back to the States

Under the Clean Air Act, California has the authority to set more stringent vehicle emissions standards, and states have the right to adopt these standards. Prior to the federal EPA standards, California and 13 other states adopted strong emissions standards for passenger vehicles through 2025 and hold a waiver from the EPA to maintain those standards. However, because those rules are so similar to the ones currently on the books, they had been willing to accept as compliance with those rules compliance with the federal program.

Today’s action by Administrator Pruitt completely undermines the promise of a single national program by weakening the federal program. The states understand the technical and economic evidence that shows manufacturers can achieve strong standards in 2025—and they face the consequences of global warming if they do not. They have therefore signaled that they will no longer follow the federal program. These states make up more than 1/3 of the new vehicle market, ensuring that folks in California and New York are going to have more efficient vehicle choices than those back in Detroit or Pruitt’s home state of Oklahoma.

This Decision Is a Disaster of the Automakers’ Making

We’ve seen lip service given by automakers about not wanting a rollback of the standards, but this is nothing but puffery as they try to distance themselves from an unpopular administration that has given them exactly what they asked for. Too-late claims about needing to act on climate change ring hollow given the industry’s continued efforts to undermine the nation’s strongest climate policy at every turn—if automakers truly wanted to act on climate, they would support the rules as they stand, not beg the administration to change them.

Inevitably, what this means is that the administration is angling for a court battle over its technically unjustifiable standards, creating uncertainty in the process. Of course, this is nothing new—the Pruitt administration has found itself at the center of a number of lawsuits for failing to adequately uphold the mission of the agency to protect public health and the environment.

This Decision Is Not the End of the Line

The industry is now facing complete uncertainty—exactly the situation that the previous administration sought to avoid by finalizing the rules in 2017. But by pushing for a new rule as they have, the auto industry can only blame itself for this chaos. And unfortunately, it would be the rest of us that will have to bear the cost, not only by paying more at the pump but by dealing with the ensuing impacts on the climate from veering away from the sustainable pathway we need to be on in 2025 and beyond.

The one sliver of hope is that this action is just the first step in the process, which means there is still time to right this wrong. The administration’s next step will be to propose what it would set as a replacement for the cost-effective standards now on the books—giving an opportunity for stakeholders and the public writ large to weigh in.

In responding to that proposal, the industry needs to stand up for the science and protect the environment, or they’ll remain guilty of using an ideological administration to ignore the facts, costing the public deeply. And you can bet the public will be watching—and hopefully giving the agency and the industry a piece of its mind.

Dave Cooke is a senior vehicles analyst in the clean vehicles program at Union of Concerned Scientists.