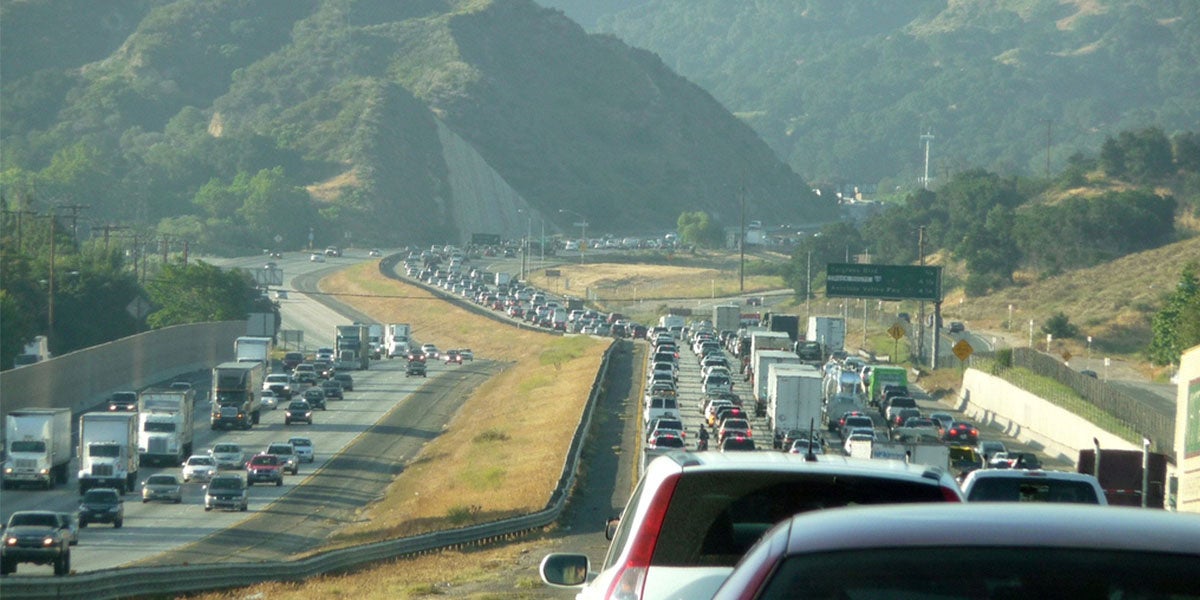 'Nobody knows better than Angelenos the importance of cleaner vehicles to our health,' said Eric Garcetti Mayor of Los Angeles. Jeff Turner / Flickr

Attorneys general and mayors from more than 25 states have banded together to oppose the easing of auto efficiency standards proposed by Scott Pruitt, the scandal-plagued administrator of the U.S. Environmental Protection Agency (EPA).

“All Americans—not only the residents of the states, cities and counties signing this manifesto—deserve to enjoy fuel-efficient, low-emission cars and light trucks that save money on gas, improve our
health and support American jobs. We strongly urge the auto industry to join us, and to use its influence with the Administration to ensure that these standards remain in place,” the declaration states.

The document was signed by attorneys general from 11 states including New York, Iowa and Massachusetts, and mayors of more than 50 cities.

“Given our responsibilities to our citizens, we also strongly oppose and will vigorously resist any effort by the Administration to prevent states from enforcing reasonable, commonsense emissions performance standards for vehicle fleets sold in their jurisdictions,” they state.

“Such standards are particularly appropriate given the serious public health impacts of air pollution in our cities and states and the severe impacts posed by climate change, including recent storms, droughts, floods and fires that have hit multiple regions of the U.S. in just the past few years. If the Administration attempts to deny states and cities the basic right to protect their citizens, we will strongly challenge such an effort in court.”

Nobody knows better than Angelenos the importance of cleaner vehicles to our health. I stand with my fellow #ClimateMayors to oppose the @EPA decision to roll back auto efficiency standards.#CAFEstandards #ActOnClimate https://t.co/TuAdN9qaT6 pic.twitter.com/cqrY55oL1W

They conclude, “If federal officials obstruct progress on this front, states and cities will pick up the leadership mantle to protect our constituents’ health, support our local economies, and maintain the international competitiveness of the U.S. automotive industry. With the support of the American people, which we already strongly enjoy, we are confident we will prevail.”

They anticipates more state and local elected leaders will “soon be added” to the declaration.

The industry-friendly EPA head announced Monday his intention to weaken the emissions standards—largely at the request of automakers.

Pruitt defended his decision at the EPA headquarters on Tuesday. He said that revising the standards is “another step” in President Donald Trump’s “deregulatory agenda.”