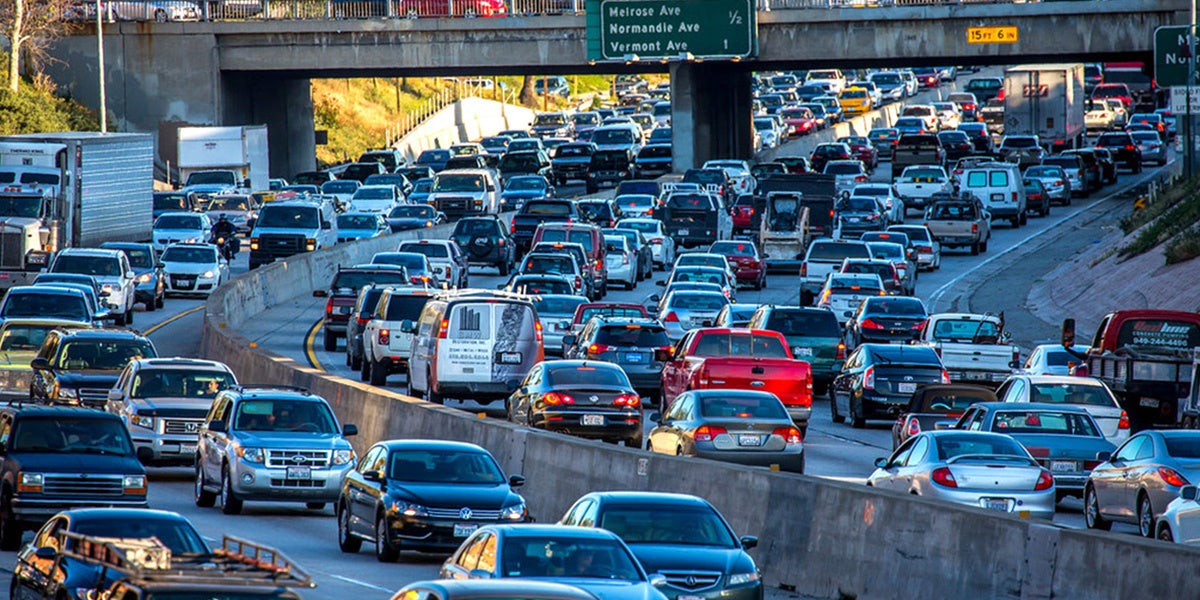 A coalition of 17 states and the District of Columbia is suing the Trump administration for blocking greenhouse gas emissions standards for vehicles that aimed to reduce air pollution and curb U.S. drivers’ contributions to the global climate crisis.

In what critics called an “indefensible and frankly embarrassing decision,” last month U.S. Environmental Protection Agency (EPA) Administrator Scott Pruitt caved to automobile industry lobbyists’ demands and announced that his agency is drafting relaxed manufacturing rules for vehicles made between 2022 and 2025.

“Enough is enough,” California Attorney General Xavier Becerra said Tuesday. “The evidence is irrefutable: today’s clean car standards are achievable, science-based, and a boon for hardworking American families. But the EPA and Administrator Scott Pruitt refuse to do their job and enforce these standards.”

Becerra, California Gov. Jerry Brown and the California Air Resources Board are leading the coalition that filed suit in the United States Court of Appeals for the District of Columbia Circuit. According to a statement released by Becerra’s office, the lawsuit alleges that Trump’s EPA “acted arbitrarily and capriciously, failed to follow its own regulations, and violated the Clean Air Act” when rolling back the regulations.

In a short video posted to Twitter, New York Attorney General Eric Schneiderman—who has spearheaded multiple suits challenging the Trump administration’s deregulatory efforts—outlined how the “responsible greenhouse gas emissions standards for cars and light trucks” were implemented over the course of several years, only to be quashed by Trump and Pruitt “to serve their pro-pollution agenda.”

“This move is totally unjustifiable under the facts and the law. That’s why, today, we’re going to stop them,” Schneiderman said. “We need these responsible emission standards in New York and across the country. They fight climate change, they cut air pollution, and they save drivers money.”

The lawsuit was lauded by environmental advocates nationwide.

Andrea McGimsey of Environment America commended the states for “standing up for the rights of their citizens to a stable climate and clean air.”

“The mission of the EPA is to protect the environment and public health,” McGimsey added. “Clearly Administrator Pruitt has not upheld this critical mission, so the states have rightfully filed this lawsuit to hold the administration accountable to the rule of law.”