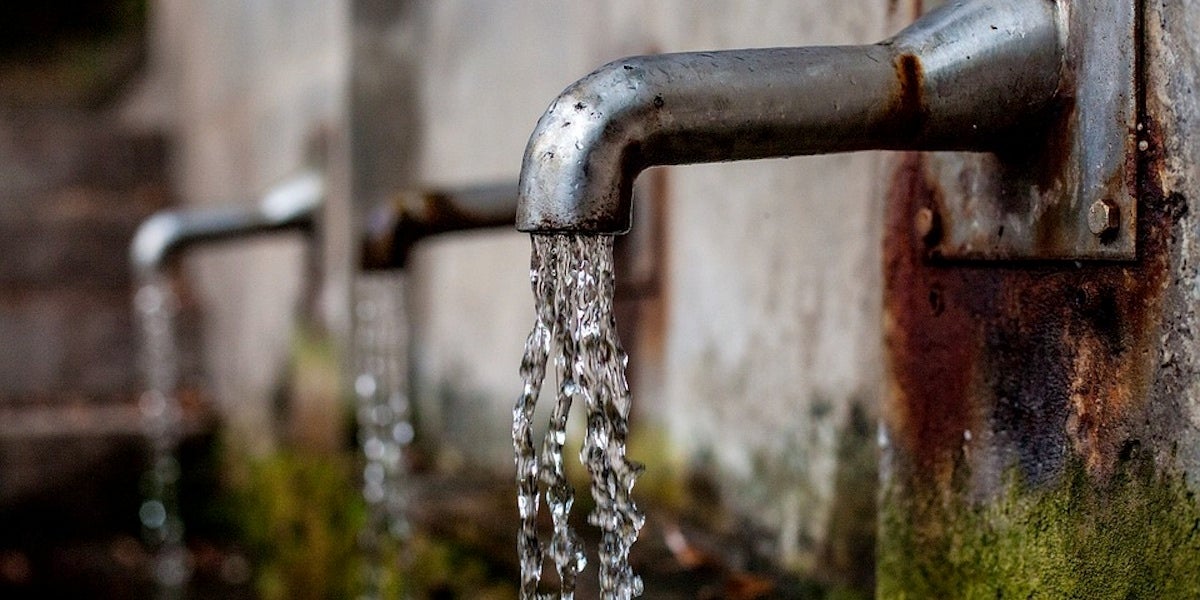 Cities and towns around the nation are grappling with potentially harmful chemicals in drinking water. Max Pixel

“A decision is expected soon,” the Associated Press reported Monday.

PFAS are a class of man-made chemicals found in a wide range of products, from non-stick cookware to firefighting foam. The remarkably persistent compounds have been found in military bases and in many species of wildlife around the world. A Harvard 2016 study found that 6 million Americans get drinking water from sources that exceed current EPA guidelines for the chemicals.

In June, an agency under the Center for Disease Control and Prevention (CDC) released a damning toxicology report for PFAS, and concluded that the chemicals pose a greater risk to human health than previously thought. For one chemical, it recommends exposure limits 10 times lower than those currently set by the EPA and for another it recommends exposure limits seven times lower, according to ProPublica.

The study linked PFAS to health issues such as cancer, liver disease, fertility problems, thyroid issues and asthma. Even extremely low, daily doses of the substances showed an adverse impact on lab animals.

Incidentally, officials with the White House and EPA tried to suppress the CDC report after a Trump administration aide warned that a “potential public relations nightmare” would ensue after the report’s release, according to emails reported by POLITICO.

In community hearings around the country, residents have offered sometimes tragic testimonies of living in cancer clusters or raising children with chronic illness and urging rapid government action.

A significant federal regulation on PFAS will help stop pollution and hold polluters liable for its cleanup, they say.

"With children’s health and human lives on the line, it’s past time to address this contamination crisis. The EPA must absolutely prioritize justice for PFAS-polluted communities." https://t.co/gH4kf5wTPm #StopWheeler

“Our PFAS management plan we were hoping to unveil it next week with the shutdown it’s going to be delayed slightly,” he told the committee, according to WFPL. “It’s in the middle of inter-agency review.”

As it happens, POLITICO reported earlier this month that David Dunlap, a deputy in the EPA’s Office of Research and Development, who worked for chemical giant Koch Industries for more than eight years, has played a lead role in crafting the Trump administration’s plan to address the nation’s PFAS contamination crisis.

Ex-Koch Industries official David Dunlap, now a deputy in EPA's Office of Research and Development, has played a key role behind the scenes as the agency decides how to tackle toxic PFAS chemicals. More from @AnnElizabeth18: https://t.co/trQ8XrDEbk | Photo: AP pic.twitter.com/1y9WYCkqZO

Although Koch told POLITICO that the chemicals were involved with his work during his tenure with the Koch conglomerate, environmentalists are wary.

“This is truly the fox guarding the henhouse, as Koch Industry’s Georgia Pacific is still engaged in manufacturing products with these chemicals,” Wenonah Hauter, the executive director of Food & Water Watch, told EcoWatch in a statement. “We have zero confidence that this will shake out well for people affected by these and other dangerous chemicals. Day in and day out, the Trump administration is shaping up to be an enterprise bought and paid for by industry at the expense of our public health.”

Without a nationwide standard, states such as New Jersey and Vermont have already set regulations more stringent than the EPA, and New Hampshire and New York will likely follow, the AP noted. Minnesota, New Jersey, North Carolina, Washington state and Michigan have also made various efforts to monitor, treat and or even ban the chemicals for certain uses, according to the AP.

Meanwhile, a bipartisan bill was introduced in the House last month to list PFAS chemicals as hazardous substances, thus allowing the EPA to clean contaminated sites under the Superfund program, according to MLive.