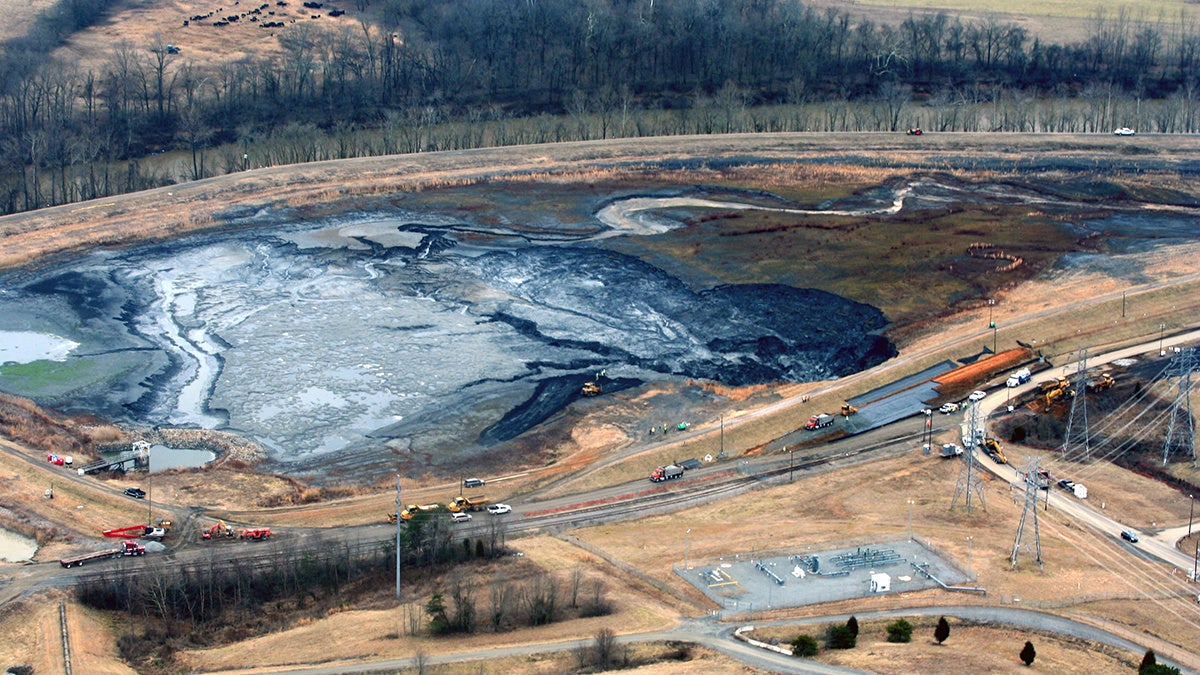 Duke Energy reported that it spilled an estimated 50,000 to 82,000 tons of coal ash into the Dan River near Eden, North Carolina in Feb. 2014. Waterkeeper Alliance / Rick Dove

The U.S. Environmental Protection Agency (EPA) will release several new rules in the coming weeks, many of which will relax regulations meant to protect the environment from industrial pollution. In a gift to the coal industry, the EPA will reverse course on regulations meant to reduce the amount of toxic heavy metals that leach into the water systems from the ash emitted by coal-fired power plants, according to The New York Times.

The New York Times broke the story from sources familiar with the EPA’s plans. The Trump administration plans to weaken the 2015 rule that would have increased inspections and monitoring at coal-fired plants, lowered the amount of effluent plants could discharge, and required new technology to protect water supplies from coal ash contaminants. Not only will the new rules slacken some of those requirements, it will completely exempt a significant number of plants from complying with any of the requirements.

When the regulations were written, the Obama administration estimated oversight and new requirements would prevent around 1.4 billion pounds of toxic metals and pollutants from seeping into nearby rivers and streams. A source that knows the EPAs current plans told The New York Times that the new rules would actually remove more pollutants than the Obama-era rules. However, that math is based on having 30 percent of coal-fired plants voluntarily choosing to install new, expensive technology.

Those pollutants in drinking water can cause birth defects, cancer and stunted brain development in young children. Environmental groups quickly assailed the news of the regulatory rollback.

The move is ostensibly another deregulation to keep coal-fired plants from shutting down. Eight coal energy companies have already filed for bankruptcy this year as demand for coal energy plummets. Cleaner energy from renewables and natural gas has gotten cheaper and more efficient, making coal energy an unpalatable option in the marketplace.

The EPA is maneuvering to save a dying industry since the department’s director, Andrew Wheeler, was a lobbyist for the coal industry. Energy analysts, however, told The New York Times that this latest rollback will not save the industry from its inevitable decline.

“While it might keep some existing coal plants running a little bit longer, it’s at best a Band-Aid on a bullet wound that the market has sent the coal industry,” said Joshua Rhodes, a senior energy analyst with Vibrant Clean Energy, to The New York Times.

The industry’s record around toxic coal ash is abysmal. For years, it was not regulated, but spills in North Carolina and Tennessee that released billions of gallons of toxic sludge into waterways caused state and federal lawmakers to issue new rules over the containment of coal ash. A recent study also found that more than 90 percent of 265 coal-fired plants had unsafe levels of at least one contaminant in the groundwater near their coal ash dumps, as Reuters reported.

Environmental groups that keep tabs on the coal industry say that power plants discharge more than 1 billion pounds of pollutants every year into 4,000 miles of rivers. In turn, those pollutants contaminate the drinking water and fisheries of 2.7 million people, as The New York Times reported.

“That knowledge should lead E.P.A. to move to establish greater protections for our health,” said Evans of Earthjustice to The New York Times. “But E.P.A. is running the other way under the direction of the utilities.”