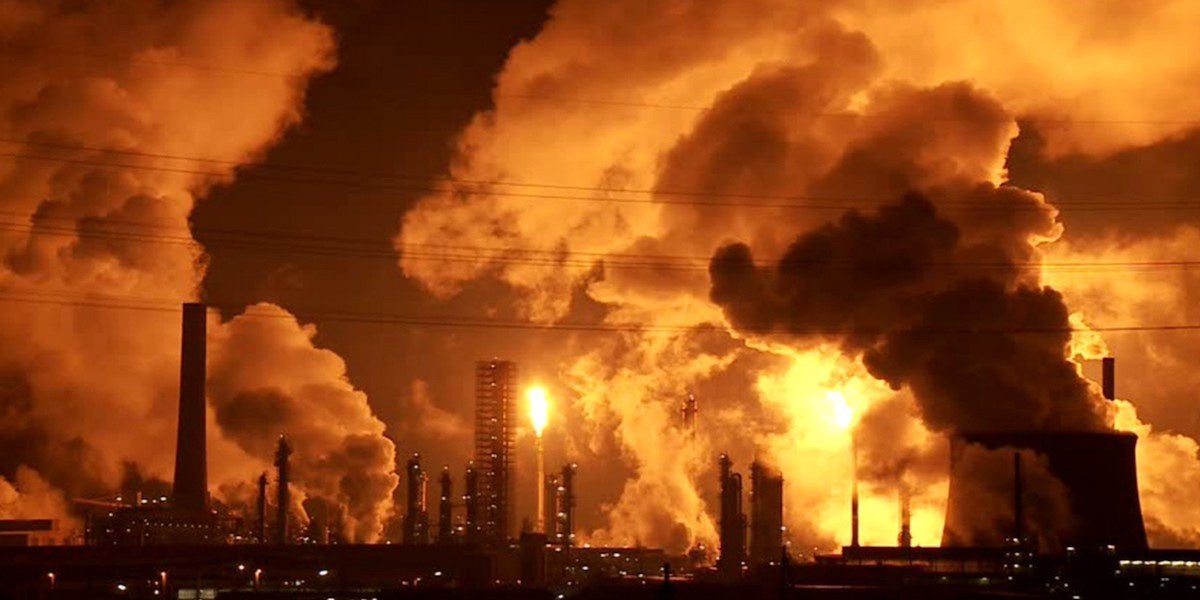 It appears that the Trump administration has seriously underestimated the costly toll of climate change in its efforts to repeal the Clean Power Plan (CPP) based on a new document released Tuesday by the U.S. Environmental Protection Agency (EPA).

The 198-page proposed analysis shows the supposed costs and benefits of undoing the Obama-era climate policy. However, as the Washington Post reported, the document shows that the Scott Pruitt-led EPA puts the cost of one ton of emissions of carbon dioxide between $1 and $6 in the year 2020—a dramatic decrease of the previous administration’s 2020 estimate of $45.

This figure is known as the “social cost of carbon“—or the public cost of burning fossil fuels—which guides current energy regulations and possible future mitigation policies.

So how did the Trump EPA get this tiny figure? Mostly by considering the cost of carbon within the U.S., rather than around the world, the Post reported.

“By only examining domestic costs, Pruitt also pretends that climate impacts in the rest of the world will have no secondary effect on the United States. This ignores the warnings of the Department of Defense, which calls climate change a ‘threat multiplier.‘”

The 2015 Clean Power Plan, which cuts carbon dioxide emissions from the nation’s power plants, was not just designed to protect the environment but also to protect human health. Breathing in toxic air pollution from the burning of fossil fuels in known to put people at risk for premature death and other serious health effects like lung cancer, asthma attacks, cardiovascular damage, and developmental and reproductive harm.

Eighteen prominent national health and medical associations, including the American Lung Association, the American Academy of Pediatrics, and the National Medical Association, criticized Pruitt’s plan to reverse the CPP as expensive.

“The longer our nation’s leaders postpone action to clean up carbon pollution and other greenhouse gases, the more severe the health costs will be,” they said in a joint statement.

Steinberger and Yeh note that the Clean Power Plan would produce “tremendous climate and public health benefits that far outweigh its costs,” with climate protection and health benefits running to the tune of $34 to $54 billion by 2030. Even when you subtracting the costs of meeting the CPP goals, the net benefits range from $26 to $45 billion, they added.

The EPA defended its proposal and accused the previous administration of faulty math.

“The facts are that the Obama administration’s estimates and analysis of costs and benefits was, in multiple areas, highly uncertain and/or controversial,” an agency spokesman told the Post.

“The previous administration compared domestic costs against its estimate of global climate benefits,” the spokesman continued. “The proposed repeal also presents a scenario looking specifically at domestic climate impacts. EPA is tasked with protecting the environment and human health of this nation, and our alternative analysis reflects that. This administration also returns to long-standing OMB practice by using appropriate discount rates to compare apples to apples when estimating the current value of future scenarios.”

But Steinberger and Yeh argue:

“Scott Pruitt effectively engages in outright climate denial by deflating the benefits of climate action, using two methods: (1) ignoring the global impacts of climate change, choosing instead to only account for the impacts in the U.S, and (2) by discounting the well-being of future generations. After his comments earlier this year denying man-made climate change, it should come as no surprise that Pruitt has instructed his Agency to hide the costs of climate change from the public.