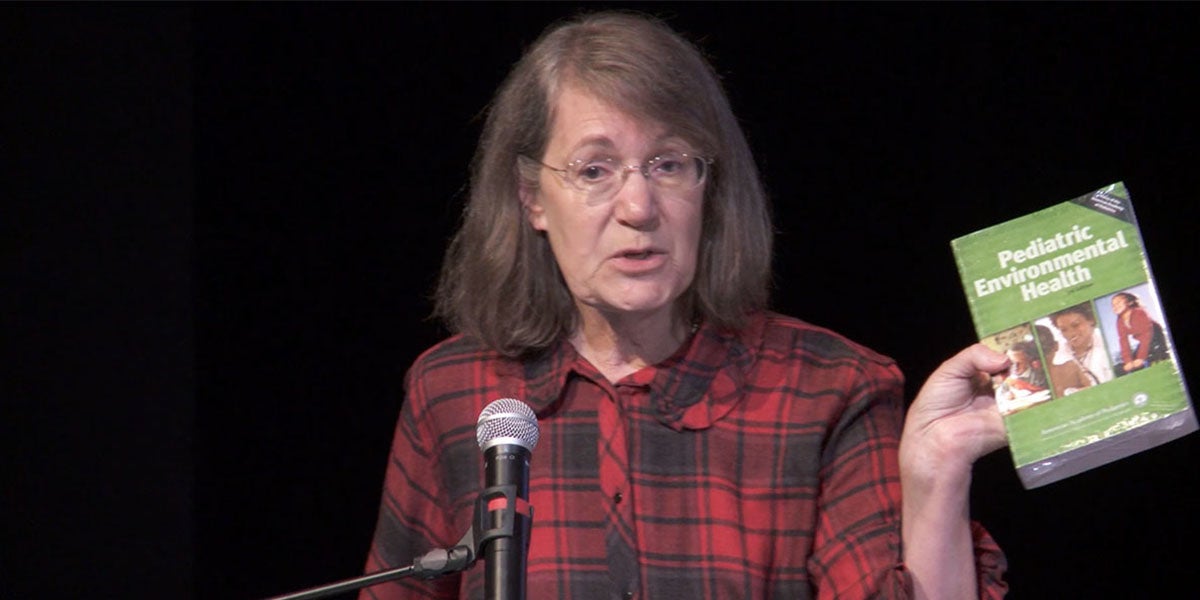 The U.S. Environmental Protection Agency (EPA) placed the head of the Office of Children’s Health Protection on administrative leave Tuesday in a move that those close to the agency suspect is intended to sideline the office’s work, The New York Times reported Wednesday.

Dr. Ruth Etzel, a pediatrician and epidemiologist who joined the EPA in 2015, was asked to hand in her badge, keys and cellphone Tuesday, but was not being disciplined and would continue to receive pay and benefits, an anonymous official within the EPA told The New York Times.

“This seems like a sneaky way for the EPA to get rid of this program and not be upfront about it,” Dr. Mona Hanna-Attisha, a top Michigan pediatrician whose blood tests of Flint residents helped confirm lead poisoning from the water there, told The New York Times.

Dr. Ruth Etzel worked to protect one of our most vulnerable populations—kids, babies, and fetuses—from environmental dangers.

Sources close to the agency said that the children’s health office often calls for stricter standards on regulating chemicals and pollutants, since children are more vulnerable to toxins than adults due to their size, the fact that they are still developing and the fact that some of their behaviors, like crawling or sticking objects in their mouths, put them in more potential contact with contaminants.

This has put the office at odds with an administration intent on rolling back environmental regulations.

The anonymous official said that a proposal for reducing children’s lead exposure, which had been in development for more than a year with the help of 17 federal agencies, had been stalled since July.

Etzel had also opposed a move by the EPA’s current office of chemical regulation leader and former chemical industry lobbyist Nancy Beck to rescind an Obama-era standard saying farm workers under 18 could not apply the most toxic pesticides.

EPA spokesperson John Konkus declined to give an explanation for the agency’s decision to place Etzel on leave, but denied it was an attempt to phase out her office.

“These offices will continue to be a part of headquarters and regional organizations,” he said in a statement reported by The New York Times. “Children’s health is and has always been a top priority for the Trump Administration and the EPA in particular is focused on reducing lead exposure in schools, providing funds for a cleaner school bus fleet, and cleaning up toxic sites so that children have safe environments to learn and play.”

But former EPA administrator Christine Todd Whitman, who was appointed by George W. Bush, said the move was extremely unusual.

“If they’re not saying why they dismissed her, it creates the impression that it’s about the policies she worked on,” she told The New York Times.

Science advocacy and public health organizations have called on the EPA to explain its actions.

“EPA Administrator Andrew Wheeler promised to listen to the EPA’s expert public servants. We call on Administrator Wheeler to explain why he’s removed Dr. Etzel from her position and, on the eve of Children’s Health Month, confirm his commitment to the Office of Children’s Health Protection,” the Union of Concerned Scientists Executive Director Kathleen Rest said in a statement.

The American Academy of Pediatrics called for her to be reinstated, according to The New York Times.

This wouldn’t be the first time political EPA appointees under President Donald Trump had interfered with the work of career staffers.

The EPA employees union told The New York Times that the administration has chosen to drain various offices of staff rather than closing them altogether. The staff of the Office of Environmental Compliance and Enforcement, for example, has fallen from around 252 employees to around 182.

The Office of Environmental Justice has also decreased in size since Trump took office.

“They’re finding these other ways to hamper the work,” head of the EPA union at the Chicago office Nicole Cantello told The New York Times.