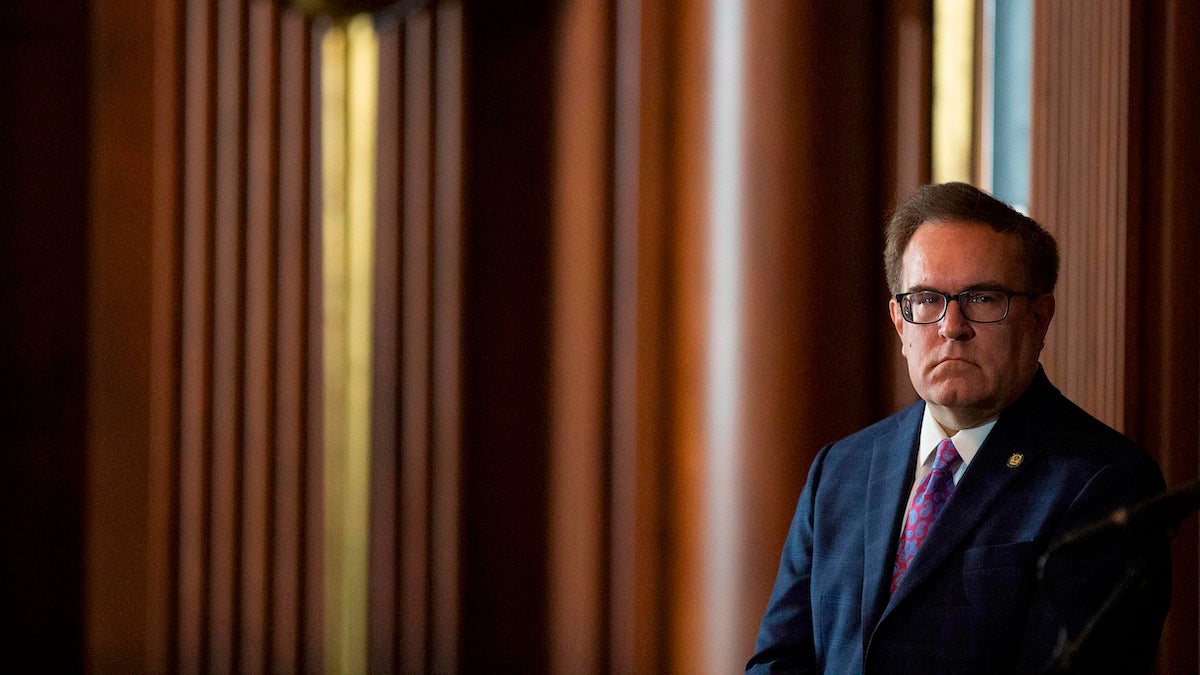 EPA Administrator Andrew Wheeler looks on during a news conference at the EPA headquarters in Washington, DC, on Sept. 19, 2019. ALASTAIR PIKE / AFP via Getty Images

When Congress updated the Toxic Substances Control Act (TSCA) in 2016 for the first time in 40 years, public health and environmental advocates hoped it would be a game-changer for protecting Americans from dangerous chemicals, enabling the U.S. Environmental Protection Agency (EPA) to finally ban harmful substances like asbestos.

But under President Donald Trump, the EPA has consistently failed to take advantage of the new law. It has declined to ban asbestos, and has even violated requirements that it keep the public informed about the approval of new chemicals, an investigation by Earthjustice and the Environmental Defense Fund (EDF) revealed. That’s why Earthjustice is representing five environmental groups in a lawsuit filed Wednesday against the EPA.

“Congress reformed TSCA just a few years ago to protect people’s health from new chemicals. It said, unequivocally, that the public has a right to know about these chemicals before they are put out on the market,” Earthjustice attorney Tosh Sagar said in a press release. “Trump’s EPA instead hides health and safety studies and other key information, just so that industry can have it easier. Ignoring TSCA’s transparency requirements makes it more likely that dangerous chemicals are reaching our homes and workplaces.”

The Earthjustice and EDF investigation, also published Wednesday, reviewed 204 out of around 1,100 chemical applications the EPA had received between August 2016 and April 2019. It also examined all the public notices that the agency issued for around 1,700 new applications through early 2020. It found that the EPA had routinely violated a stipulation of the new TSCA amendment that the public be informed of the approval process for new chemicals so that it could weigh in before the chemical was put on the market.

1. It did not inform the public of new applications in a timely manner: The EPA is supposed to notify the public within five days of receiving a new chemical application. However, the investigation found that the average notice was published 87 days after the application was received, even though the EPA has 90 days to approve a chemical. One in six notices were published after the chemical was already approved.

3. The EPA doesn’t evaluate CBI claims: The agency is required by law to audit 25 percent of CBI claims to make sure companies are not abusing the designation to withhold important information. It is then supposed to publish its decision. But the EPA has not published any reviews of CBI claims, and has only completed reviews of claims in 27 applications, far below 25 percent of the 1,250 it has completed safety reviews for.

In one case, this secrecy involved a new type of PFAS, a class of chemical already contaminating U.S. drinking water. The EPA’s career scientists found that the new substance could cause respiratory illnesses like asthma and alter DNA, leading to cancer. Nevertheless, it was approved in April 2019 and almost all of the documents provided by the company were never shared with the public.

“When it comes to toxic chemicals and Trump’s EPA, this secrecy is the norm. It’s not just illegal, it puts workers and families across the country at risk,” the investigators wrote.

Earthjustice, acting on behalf of EDF, Environmental Health Strategy Center, Center for Environmental Health, Natural Resources Defense Council and Sierra Club, threatened to sue the EPA over the violations in September 2019. The agency promised to improve the application vetting process, but the coalition considered its changes inadequate.

“Unleashing chemicals into the market without proper vetting is like opening Pandora’s box,” the coalition said in a statement announcing the lawsuit. “EPA must stop hiding key information about the chemicals it is reviewing and put public health above the desires of the chemical industry.”

The EPA did not comment on a story in The Hill about the lawsuit, saying it did not weigh in on ongoing litigation.