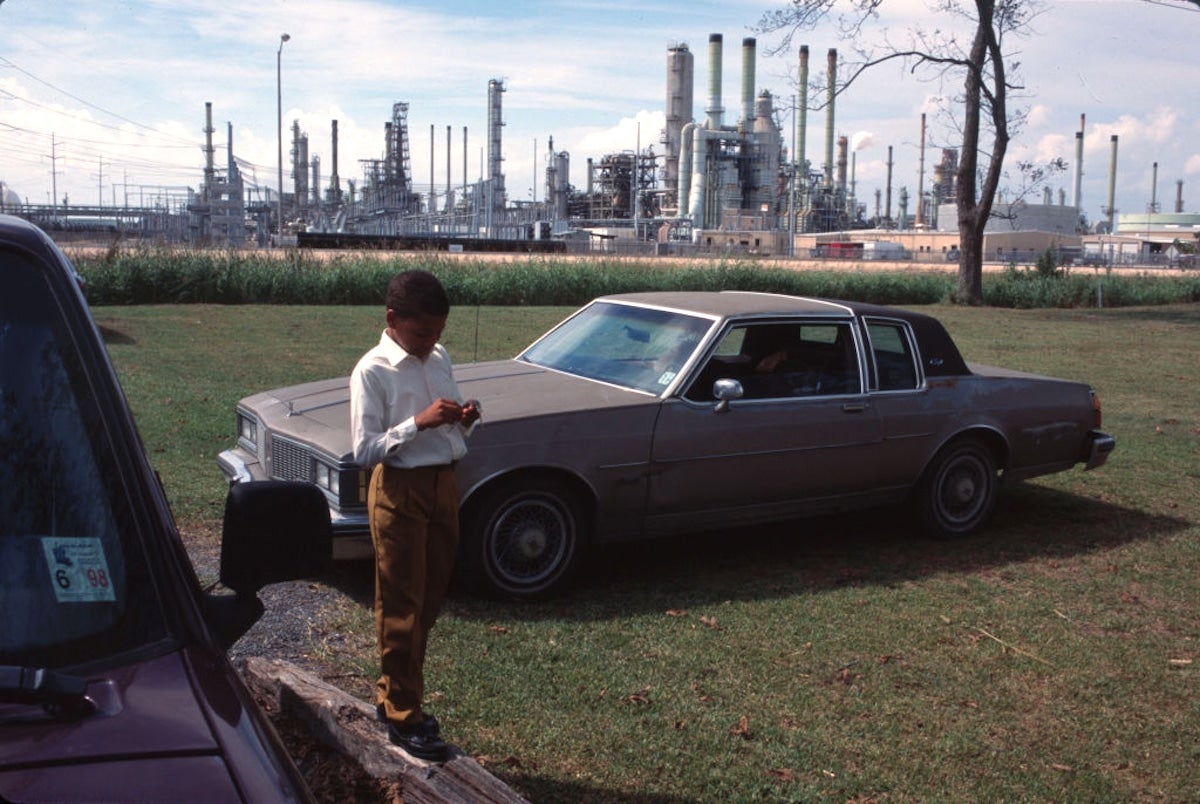 Oil and chemical refinery plants have covered the landscape next to African American communities along the Mississippi River, known as "Cancer Alley," south of Baton Rouge, Louisiana, for decades. Andrew Lichtenstein / Corbis via Getty Images

Regan said the EPA will invest $600,000 in air pollution monitoring equipment for use in “Cancer Alley,” an area of industrial plants and refineries in Louisiana, and increase enforcement of federal rules for air and water quality in communities that are disproportionately affected by pollution, especially communities of color, The New York Times reported.

“Seeing the situation for myself, talking directly to community members, it is startling where we get to this point — the point where children miss school days because the water isn’t safe,” Regan said, reported The New York Times. He said the environmental conditions he had seen were “unacceptable in the United States of America.”

“I pledge to do better by people in communities who have been hurting for far too long,” Regan said.

This spring, a new team focused on pollution accountability will begin providing environmental monitoring and environmental enforcement in the South, according to an EPA press release. The Pollution Accountability Team will provide “boots-on-the-ground” inspectors and airplane monitoring of facilities, as well as ground-based pollution monitoring vehicles. Follow-up investigations on emissions detections will be conducted by EPA inspectors at specific sites. More unannounced inspections will also be conducted, as Regan expressed that not enough had been performed by the Trump administration, The New York Times reported.

“We had been so downtrodden and beaten down by our efforts to try to protect ourselves, and we were being attacked by those who were supposed to protect us,” said Robert Taylor, an 81-year-old lifelong resident of St. John Parish, Louisiana, who is the leader of the Concerned Citizens of St. John, reported The New York Times.

Founder and director of Houston nonprofit advocacy group Coalition of Community Organizations, Reverend James Caldwell, said that Regan coming to their communities to see firsthand the extreme environmental concerns citizens had been discussing for years was a significant first step.

“When I was in Louisiana, nearly everyone I spoke with had a family member or neighbor who’s been impacted by a serious illness,” Regan said, as The Washington Post reported. “We’re talking about generations of people living just a stone throw away from industrial facilities who may be sickened by the air that they breathe.”