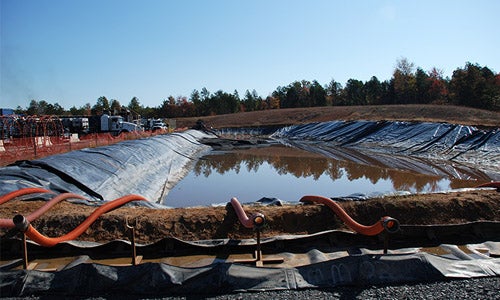 The U.S. Environmental Protection Agency (EPA) has banned fracking wastewater from public sewage plants, citing the inability of these plants to handle toxic and radioactive pollutants.

Clean water and public health advocates, along with more than 30,000 Americans, had submitted comments in favor of the EPA rule, finalized earlier this week. 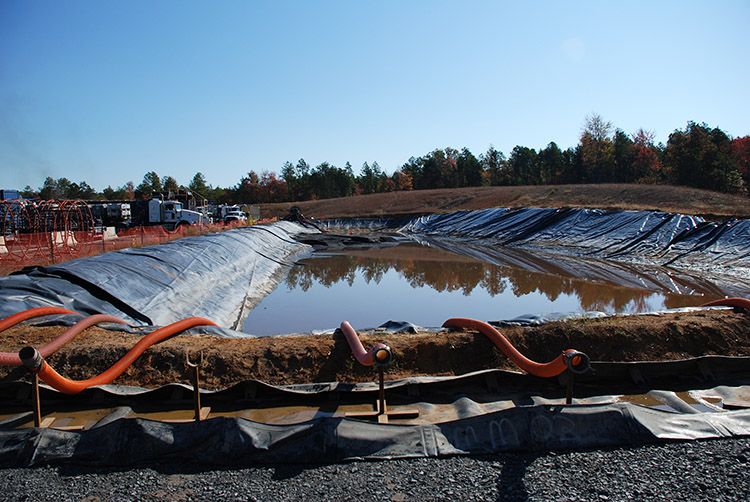 A water impoundment at a drill pad in the Fayetteville Shale gas play of Arkansas. Photo credit: Bill Cunningham / USGS

“Allowing toxic, radioactive wastewater to be treated at the same place as dirty bathwater defies all logic,” Rachel Richardson, Stop Drilling Program director for Environment America, said. “This is a commonsense step to help protect our water and our health from the dangers of fracking.”

The final rule formalizes a practice in place since 2011, when fracking chemicals were detected in some Pennsylvania rivers and officials ordered 15 treatment plants to stop accepting and treating fracking waste.

Fracking or hydraulic fracturing, is the process by which large volumes of water along with sand and toxic chemicals are injected underground to extract shale gas. Much of this fracking fluid mixture returns to the surface as toxic wastewater, often with radioactive elements.

Municipal water treatment plants, which treat waste and then release it into drinking water supplies, aren’t suited to treat such hazards. The mixture of bromides in wastewater and the chlorine used at sewage treatments plants also can produce a toxin linked to bladder cancer, miscarriages and still-births.

Even under the rule issued this week, fracking wastewater disposal still presents a conundrum for public health and safety. Plants designed to treat fracking waste are far from foolproof, as Duke University researchers found in Pennsylvania. Waste often spills into rivers and streams during storage and shipment. And studies show injecting the waste deep underground is likely causing earthquakes.

While no known municipal treatment plants currently accept fracking waste, the option could have become more attractive to drillers as standards tightened on other waste disposal methods.

“Fracking wastewater is a big problem for which there is simply no adequate solution,” Richardson said. “We applaud EPA for taking this step to protect families on the frontlines of fracking. To fully protect our drinking water and the health of our families, we need to ban this practice altogether and transition to 100 percent clean energy.”