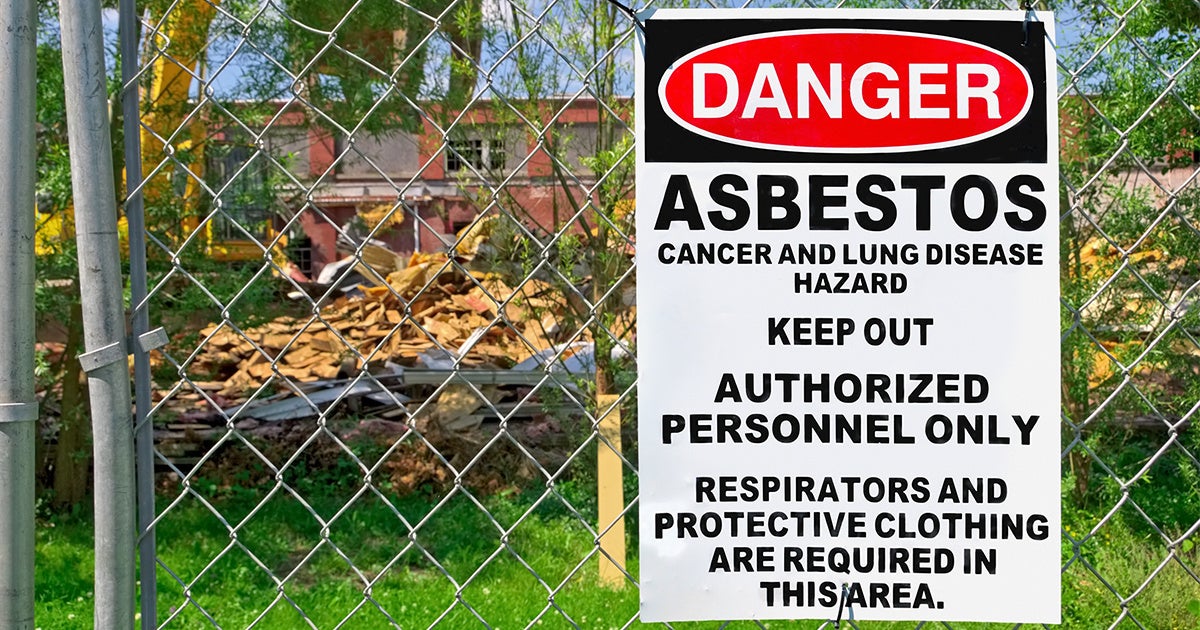 In a report that elicited calls for congressional action, The New York Times revealed Wednesday that “senior officials at the Environmental Protection Agency disregarded the advice of their own scientists and lawyers in April when the agency issued a rule that restricted but did not ban asbestos.”

Asbestos is a group of fibrous, heat-resistant minerals used in manufactured goods, particularly building materials. According to the World Health Organization, “All types of asbestos cause lung cancer, mesothelioma, cancer of the larynx and ovary, and asbestosis (fibrosis of the lungs).”

EPA Administrator Andrew Wheeler said in a statement last month that the agency’s new rule “gives us unprecedented authorities to protect public health” and block certain products from the market. However, environmental and public health advocates raised concerns at the time about loopholes that remain, with one critic calling the regulation “toothless.”

Criticism of the rule resurfaced Wednesday when the Times reported on a pair of internal EPA memos from last August, in which more than a dozen agency experts wrote:

Rather than allow for (even with restrictions) any new uses for asbestos, EPA should seek to ban all new uses of asbestos because the extreme harm from this chemical substance outweighs any benefit — and because there are adequate alternatives to asbestos.

Melanie Benesh, legislative attorney at the Environmental Working Group (EWG), was among those who demanded action from federal lawmakers following the “bombshell” report.

“The sheer number of lives cut short and families destroyed from asbestos exposure demand nothing less than an outright ban,” Benesh said in a statement. “I can’t think of an easier vote for members of Congress to cast than for a bill that bans a substance responsible for the deaths of so many.”

The reporting came as a subcommittee of the U.S. House Committee on Energy and Commerce held a hearing Wednesday morning to consider legislation that would amend the Toxic Substances Control Act (TSCA) “to prohibit the manufacture, processing, and distribution in commerce of asbestos and asbestos-containing mixtures and articles.”

“If Administrator Wheeler and the Trump administration won’t act,” said Benesh, “then Congress must by passing this critical piece of legislation that finally bans asbestos.”

Sharing a link to the Times article on Twitter, Rep. Frank Pallone Jr. (D-N.J.), the committee’s chairman, said, “This is exactly why we need to ban asbestos and why my committee is holding a hearing today on legislation that would fully ban this toxic material.”

“Twenty-eight years of frustration, of sickness, and loss,” he said. “We have known the dangers of asbestos for decades. Enough is enough.”

The hearing centered on H.R. 1603 — also known as the Alan Reinstein Ban Asbestos Now Act of 2019. Rep. Suzanne Bonamici (D-Ore.), the bill’s sponsor, took to Twitter Wednesday to highlight a testimony from the widow of the legislation’s namesake.

“I’m honored to have H.R. 1603 named after my husband,” Linda Reinstein told lawmakers Wednesday, “but it’s really for the hundreds of thousands of Alans who have paid a price for this man-made disaster with their lives.”