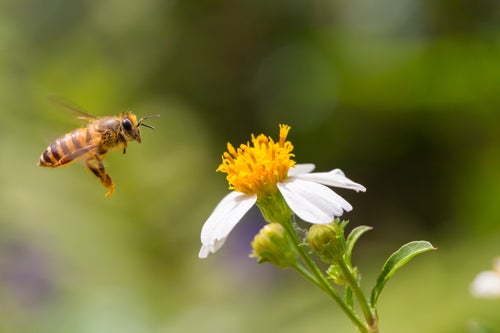 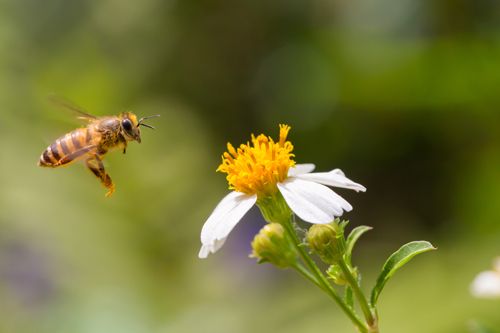 In apparent contradiction to its stated intention to protect pollinators and find solutions to the current pollinator crisis, the U.S. Environmental Protection Agency (EPA) approved the unconditional registration of the new insecticide sulfoxaflor, which the agency classifies as highly toxic to honey bees. Despite warnings and concerns raised by beekeepers and environmental groups, sulfoxaflor will further endanger bees and beekeeping. The U.S. EPA continues to put industry interests first to exacerbate an already dire pollinator crisis.

In January, the agency proposed to impose conditional registration on sulfoxaflor due to inconclusive and outstanding data on long-term honey bee brood impacts. At that time, the agency requested two additional studies—a study on residue impacts, and a field test to assess impacts to honey bee colonies and brood development. This week, the EPA granted full unconditional registration to sulfoxaflor stating that there were no outstanding data, and that even though sulfoxaflor is highly toxic to bees it does not demonstrate substantial residual toxicity to exposed bees, nor are “catastrophic effects” on bees expected from its use. While sulfoxaflor exhibited behavioral and navigational abnormalities in honey bees, the EPA downplays these effects as “short-lived.” The agency says it has reviewed 400 studies in collaboration with its counterparts in Australia and Canada to support its decision. However, these studies do not seem to be currently available in the public scientific literature.

Instead of denying or suspending registration in the face of dire pollinator losses, the EPA instead has chosen to mitigate sulfoxaflor impacts to bees by approving a reduced application rate from that initially requested by the registrant, Dow AgroSciences LLC, as well as increasing the time interval between successive applications. The EPA also approved new pollinator label language it believes to be “robust” to protect pollinators. Sulfoxaflor labels will state language such as:

“Do not apply this product at any time between 3 days prior to bloom and until after petal fall.”

“Notifying known beekeepers within 1 mile of the treatment area 48 hours before the product is applied will allow them to take additional steps to protect their bees. Also limiting application to times when managed bees and native pollinators are least active, e.g., before 7 a.m. or after 7 p.m. local time or when temperature is below 55oF at the site of application, will minimize risk to bees.”

However, beekeepers have noted that 48 hour notice is oftentimes insufficient to move their hives to a safer location and that prior notification is not always provided. Label statements, like those authorized for sulfoxaflor, not only underscore the risks to bees, but like most pesticide product labels are unrealistic since sulfoxaflor is a systemic pesticide whose residues can continue to exist in the plant (including pollen and nectar) for longer periods of time that well surpasses the recommended application intervals, and therefore exposes bees to residues longer than suggested. Similarly, label language such as this is extremely difficult to enforce at the use level.

Several comments were submitted by concerned beekeepers and environmental advocacy groups, like Beyond Pesticides, that stated that approval of a pesticide highly toxic to bees would only exacerbate the problems faced by an already tenuous honey bee industry and further decimate bee populations. However, the EPA outrightly dismissed these concerns and instead pointed to a need for sulfoxaflor by industry and agriculture groups to control insects no longer being controlled by increasingly ineffective pesticide technologies.

The agency’s approval of sulfoxaflor and its attempts to mitigate risks to honey bees highlight the real deficiencies in the agency’s risk assessment process. Risk assessment approaches have historically underestimated real-world risks, and attempts to mitigate adverse impacts with measures that prove insufficient and impractical. These risk assessment approaches make determinations that the risks are “reasonable,” while failing to take into account numerous circumstances and realities that make honey bees vulnerable to chemical exposures, including user failure to adhere to application rate guidelines, and local environmental conditions that may predispose crops, and other plants, to accumulate higher chemical residues, especially in nectar and pollen. In addition to risks to bees, sulfoxaflor is also classified as “suggestive evidence of carcinogenic potential” based on the incidence of tumors and carcinomas in mice and rats.

Given the global phenomenon of bee decline and the recent precautions taken in the European Union regarding bee health with the two-year suspension of neonicotinoid pesticides known to be highly toxic to bees, it is irresponsible that the EPA will allow yet another chemical with a high potential to be hazardous to bee health into the environment. It is also counterintuitive to current agency and interagency work to protect pollinators.

Sulfoxaflor is a new active ingredient, whose mode of action is similar to that of neonicotinoid pesticides—it acts on the nicotinic acetylcholine receptor in insects. Even though it has not been classified as a neonicotinoid, it elicits similar neurological responses in honey bees, with many believing that sulfoxaflor is the new generation of neonicotinoid. Sulfoxaflor will be registered for use on vegetables, fruits, barley, canola, ornamentals, soybeans, wheat and others.