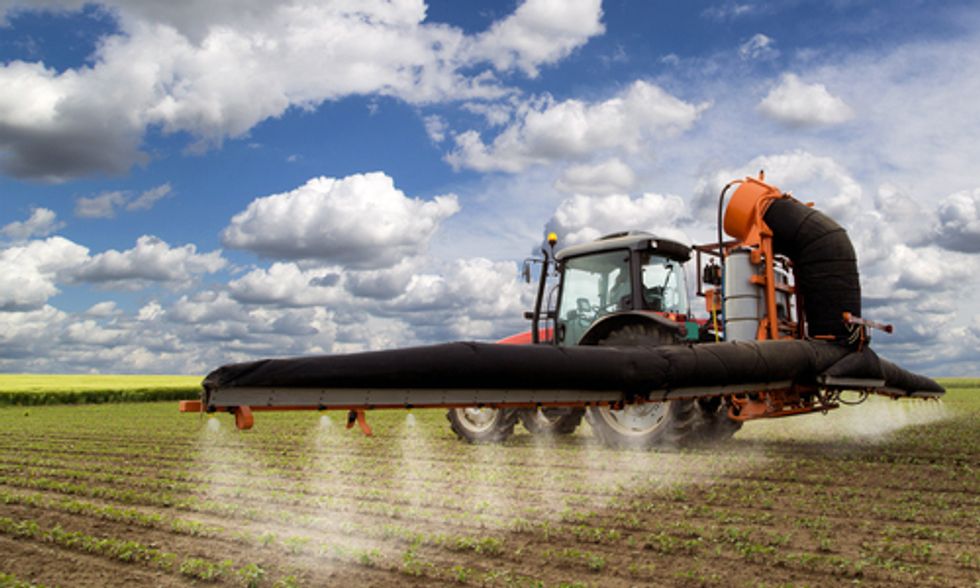 Ignoring the World Health Organization’s (WHO) conclusion that the crop chemical glyphosate is “probably carcinogenic to humans,” the U.S. Environmental Protection Agency has approved the glyphosate-containing herbicide Enlist Duo for agricultural use in nine more states. It had previously been approved for use on genetically engineered crops in six states.

“Instead of taking steps to protect the public from toxic chemicals, the EPA has only sped up the pesticide treadmill that will now put millions more people at risk."
Photo credit: Shutterstock

Enlist Duo’s active ingredients are glyphosate and 2,4-D, both of which have been shown to increase the risk of non-Hodgkin lymphoma.

“This poorly conceived decision by EPA will likely put a significant number of farmers, farm workers and rural residents at greater risk of being diagnosed with cancer,” said Scott Faber, senior vice president for government affairs at Environmental Working Group. “The agency simply ignored a game-changing new finding from the world leading cancer experts, and has instead decided the interests of biotech giants like Dow and Monsanto come first.”

Last month, the International Agency for Research on Cancer, a branch of the WHO, elevated its risk assessment of glyphosate to “probably carcinogenic to humans” based on a review of the evidence by a panel of 17 leading oncology experts.

Glyphosate is the most used pesticide in the U.S. The bulk of it is applied to genetically engineered corn and soybean crops. It is also the main ingredient in Monsanto’s signature weed killer RoundUp.

EPA’s decision will allow Enlist Duo to be sprayed on fields of genetically engineered corn and soybeans in Arkansas, Kansas, Louisiana, Minnesota, Mississippi, Missouri, Nebraska, North Dakota and Oklahoma. It was previously approved for use in Illinois, Indiana, Iowa, Ohio, South Dakota and Wisconsin.

“Instead of taking steps to protect the public from toxic chemicals, the EPA has only sped up the pesticide treadmill that will now put millions more people at risk,” added Faber. “These toxic herbicides easily make their way off farm fields and into the air and water we and our children breathe and drink.”