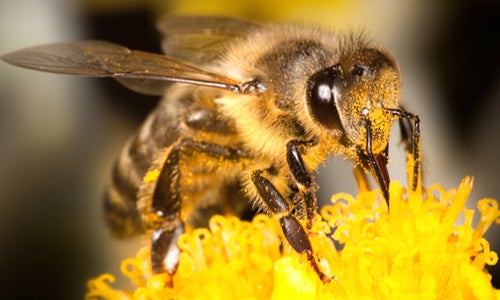 Flying in the face of recent science demonstrating that pollinator populations are declining, the U.S. Environmental Protection Agency (EPA) has made the decision to unconditionally register another pesticide that is known to be highly toxic to bees—almost one year after the EPA registered sulfoxaflor, disregarding concerns from beekeepers and environmental groups. 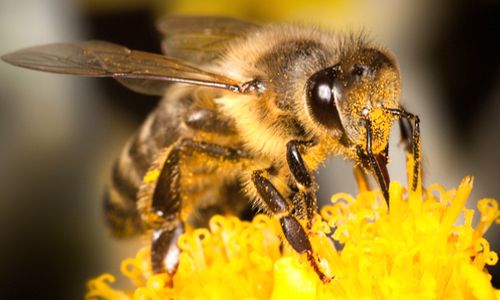 The announcement, posted in the Federal Register on Wednesday, set tolerances for the pesticide cyantraniliprole in foods ranging from almonds and berries, to leafy vegetables, onions and milk. The EPA establishes the allowable limit of the chemical residue, called tolerances, based on what the EPA considers “acceptable” risk. The EPA’s ruling details that “there is a reasonable certainty that no harm will result from aggregate exposure to the pesticide residue,” despite all evidence that cyantraniliprole is toxic to bees and harmful to mammals.

In July 2013, beekeepers filed suit against EPA for their decision to register sulfoxaflor when it failed to demonstrate that it will not cause any “unreasonable adverse effects on the environment” as required by the Federal Insecticide, Fungicide and Rodenticide Act (FIFRA). Several comments were submitted by concerned beekeepers and environmental advocacy groups, like Beyond Pesticides, during the public comment period that stated that approval of a cyantriliprole. The pesticide would only exacerbate the problems faced by an already tenuous honey bee industry and further decimate bee populations. However, instead of denying or suspending registration in the face of dire pollinator losses, the EPA has chosen to register another insecticide that is toxic to bees, dismissing concerns regarding bee health in its response, and setting itself up for further litigation.

Cyantraniliprole is a systemic insecticide that works by impairing the regulation of muscle contractions causing paralysis and eventual death in insects. Beyond its impact to target pests—which include sucking and chewing insects such as whiteflies and thrips—the EPA’s most disturbing conclusions relate to the impact of cyantraniliprole on the livers of mammals: “With repeated dosing, consistent findings of mild to moderate increases in liver weights across multiple species (rats, mice and dogs) are observed. Dogs appear to be more sensitive than rats and mice…show[ing] progressive severity with increased duration of exposure.”

The EPA notes that cyantraniliprole also alters the stability of the thyroid as tested on laboratory rats as a result of enhanced metabolism of the thyroid hormones by the liver. Although the agency states that “cyantraniliprole is not a direct thyroid toxicant,” any indirect effects on thyroid function are likely to disrupt the endocrine system. Given that its current endocrine disruptor screening program (EDSP) is currently still in the process of validating tests, the EPA’s registration of a new active ingredient that shows a propensity for endocrine disruption is cause for alarm.

In addition to these findings, the EPA has registered cyantraniliprole as a seed treatment although it is considered “highly toxic on acute and oral contact basis” for bees. The EPA is aware that pesticide-treated seeds directly threaten foraging bees and other non-target organisms, which are exposed to contaminated dust plumes during planting. Studies have documented high bee mortality following seed sowing and exposure to contaminated dust from agricultural fields. Moreover, the EPA acknowledges the need to reduce fugitive toxic dust. However, with emerging science increasingly attributing pesticide exposures as one of the major causes of pollinator declines and the recent precautionary measures taken in the European Union to ban the use of pesticides known to impact bees, the EPA’s registration of cyantraniliprole raises serious concerns.

Beekeepers nationwide have experienced honey bee losses of more than 40 percent over the 2012/2013 winter period—2013/2014 winter losses are likely to be released soon—with some beekeepers reporting losses of more than 70 percent, far exceeding the normal rate of 10 to 15 percent. Some have even been driven out of business. Current estimates of the number of surviving hives in the U.S. show that these colonies may not be able to meet the future pollination demands of agricultural crops.

The EPA’s approach to registration reinforces the urgent need for a national transition to organic. The takeaway for organic, as it grows beyond its current $35 billion market share, is the need for rigorous science-based decision making that requires precaution on the allowance of chemical products in the face of hazards and scientific uncertainty. We must keep in mind the underlying standards of the organic rule, which requires that practices “maintain or improve soil organic matter content in a manner that does not contribute to contamination of crops, soil, or water by plant nutrients, pathogenic organisms, heavy metals, or residues of prohibited substances.”