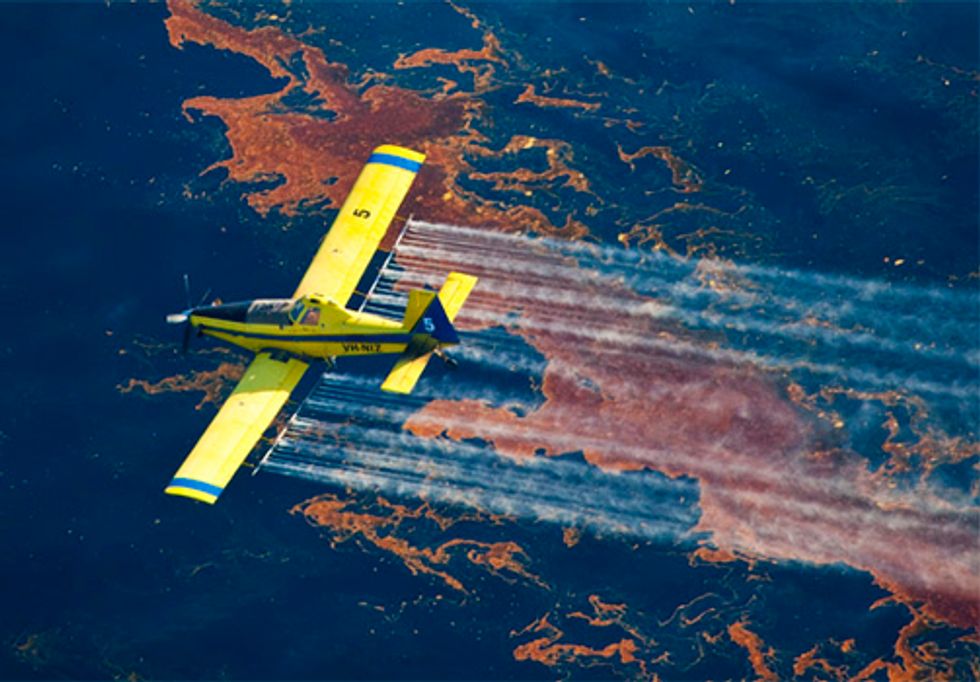 Oil Spill Eater International (OSEI), through the Gulf Oil Spill Remediation Conference group, issued a press release this week saying that the U.S. Environmental Protection Agency (EPA) effectively blocked or otherwise delayed scientific advancement in the cleanup of the 2010 Gulf of Mexico oil disaster by refusing to acknowledge the toxicity of the oil dispersant Corexit.

According to OSEI, the EPA is guilty of violations to the Clean Water Act because they knowingly used the toxic dispersant instead of opting for cleaner, less toxic methods of oil spill cleanup.

OSEI is actually not off base with their accusations. Reports from late 2012 revealed that using oil dispersants like Corexit make oil spills less visible, but when combined with the oil, create a mixture that is 52 times more toxic than the oil itself. The studies revealed that even in small amounts, the combination of oil and Corexit reduced the number of egg hatchings in small marine invertebrates by 50 percent. These are small creatures like krill, shrimp and other crustaceans that form the bottom of the oceanic food pyramid.

Those results were just from small doses of the mixture. And as I wrote in 2011, the amount of Corexit dumped into the Gulf was anything but “small":

An estimated 1.8 million gallons of Corexit were dumped into the Gulf of Mexico in an attempt to displace the 206 million gallons of oil that spewed from a broken wellhead on the Gulf floor. And while the dispersant itself was ruled to be less toxic than the oil, the study suggests that the combination mixture of crude oil and dispersant poses a significantly greater threat to both the environment and marine life than either substance on its own. The EPA says that studies have been done on some of the 57 chemical agents found in dispersants, but they also acknowledge that no long-term studies have been conducted on the exposure to these chemicals in quantities as large as were poured into the Gulf.

As for the EPA’s role and knowledge of the dangers of Corexit, that was also known as far back as 2011:

BP knew that Corexit was not the best choice in oil dispersants, but chose to use that chemical anyway. Studies by the EPA showed that Corexit was far less effective on the type of crude oil that was leaking from BP’s broken well, and there were in fact at least 12 other dispersants that would have worked better. Those same studies also showed that the other 12 more effective dispersants were also less toxic than Corexit.

Think Progress points out that the choice to use Corexit instead of more effective, less toxic competitors could easily stem from the fact that the company that produced Corexit, Nalco, was formerly owned by Exxon and the leadership for the company includes executives from both Exxon and BP. The EPA had originally ordered BP to use a different dispersant, but backed off their order due to insistence from the company.

So from the start, it was glaringly obvious that both the EPA and BP knew that Corexit was the wrong choice, but chose to go with it anyway because it could make BP a little extra cash on the side.

Less than one year ago, the EPA told us that they had concluded that Corexit was “practically non-toxic,” in spite of all evidence to the contrary:

EPA official turned whistleblower Hugh Kaufman told Democracy Now! two years ago that the agency was hiding the real dangers of Corexit from the public:

Corexit is one of a number of dispersants, that are toxic, that are used to atomize the oil and force it down the water column so that it’s invisible to the eye.

In this case, these dispersants were used in massive quantities, almost two million gallons so far, to hide the magnitude of the spill and save BP money.

And the government—both EPA, NOAA, etc.—have been sock puppets for BP in this cover-up.

Now, by hiding the amount of spill, BP is saving hundreds of millions, if not billions, of dollars in fines, and so, from day one, there was tremendous economic incentive to use these dispersants to hide the magnitude of the gusher that’s been going on for almost three months.

… for example, in the Exxon Valdez case, people who worked with dispersants, most of them are dead now.

The average death age is around fifty.

The toxic results of Corexit have already been seen in Gulf waters, as marine wildlife are being discovered with abnormal mutations that fishermen and scientists say they have “never seen” in their lives, and are attributing to Corexit exposure.

Given what we know about both the EPA’s actions and the scientific reports on Corexit’s toxicity, OSEI is not out of bounds saying that the regulatory agency violated the Clean Water Act.

Unfortunately, as the group that enforces the Clean Water Act, the accusations are about as far as the case will go.