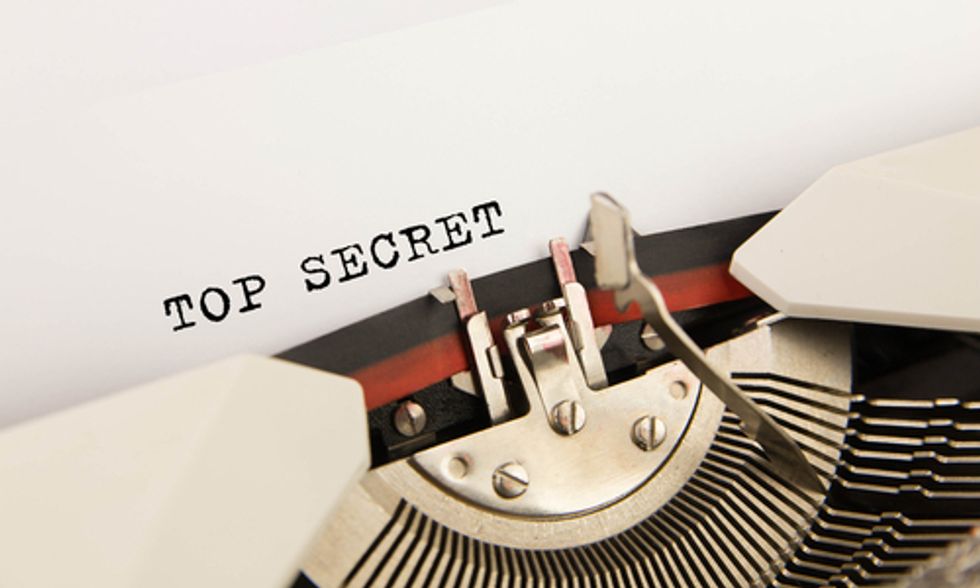 Act 1. Fracking boom goes bust as production from shale gas and tight oil wells stalls out and lurches into decline.

Act 4. Loosened regulations do little to boost actual oil and gas production, which continues to tank, but the industry wins the right to exploit marginal resources a little more cheaply than would otherwise have been the case.

You can bet The Script is being written in operational detail right now at corporate headquarters in Oklahoma City and Houston, and in the offices of PR firms in New York and Boston. Each of its elements has the inevitability of events in a Shakespearean tragedy.
It's fairly clear that the fracking bubble will burst soon—almost certainly within the decade. Our ongoing analysis at Post Carbon Institute documents the high per-well decline rates (a typical well's production drops 70 percent during the first year), the high variability of production potential within geological formations being tapped and the dwindling number of remaining drilling sites in the few “sweet spots" that offer vaguely profitable drilling potential. Meanwhile, as the Energy Information Administration (EIA) has recently documented, the balance sheets of fracking companies are loaded with debt while surprisingly short on profits from sales of product—with real profits coming mostly from sales of assets (drilling leases).
The industry continues to claim that tight oil and shale gas are “game changers" and that these resources will last many decades if not centuries. Though the CEOs of companies engaged in shale gas and tight oil drilling are undoubtedly aware of what's going on in their own balance sheets, hype is an essential part of their business model—which can be summarized as follows:

Step 1. Borrow money and use it to lease thousands of acres for drilling.

Step 2. Borrow more money and drill as many wells as you can, as quickly as you can.

Step 3. Tell everyone within shouting distance that this is just the beginning of a production boom that will continue for the remainder of our lives and the lives of our children and that everyone who invests will get rich.

Step 4. Sell drilling leases to other (gullible) companies at a profit, raise funds through Initial Public Offerings or bond sales, and use the proceeds to hide financial losses from your drilling and production operations.

In the financial industry this would be recognized as a variation on the old “pump and dump" scam, yet the U.S. government's own EIA has just quietly confirmed that this is standard practice in the companies responsible for the “miraculous" U.S. oil and gas renaissance that other departments of government are relying on for job creation projections, future tax revenues and (reputed) energy export clout in the new cold war against Russia.
The bursting of the fracking bubble will have almost nothing to do with environmentalists, but they have deliberately and courageously put themselves in harm's way. Fracking has terrible impacts on water, air, soil, human health, the welfare of livestock and wildlife and the climate.
Hundreds of local anti-fracking groups have sprung up across the country in recent years, often started by ordinary citizens who suddenly found their wells fouled, their livestock sickened, or their children suffering from headaches and nosebleeds as a result of nearby fracking operations. Yet it has often been difficult for environmental scientists to document such impacts, due to deliberate efforts on the part of industry to impede studies and publications (for example, requiring non-disclosure agreements where complaints are met with cash settlements); indeed, industry spokespeople continue to deny that fracking is responsible for any environmental or human health problems. The industry despises environmentalists. But the real motivation for The Script is not petulance or revenge.
No, this is all business. Environmentalists will merely be handy scapegoats. Blaming environmentalists for the bursting of the fracking bubble will divert public attention from the industry's own bad business practices. But even more usefully, telling receptive members of Congress that falling oil and gas production rates are due to anti-fracking, fear-mongering, business-hating enviros will set the stage for new and powerful calls to roll back local, state and national regulations. Congress's likely response: “Poor you! What can we do to help? How about some further exemptions to the Clean Air and Clean Water acts? Maybe a preemption of local fracking ordinances with a new industry-friendly national rule? Would you care for some drilling leases on millions of acres of federal land as an appetizer, while you're waiting? They're on the house."
The industry has a lot to gain by portraying itself as the victim of powerful environmental interests. But will this gambit actually initiate a new round of oil and gas production growth? That's remotely possible, since there are still billions of tons of low-grade hydrocarbon resources trapped beneath American soil. But don't count on it. It takes money to drill, even if it's other people's money. As the quality of available resources declines, the amount of money needed to yield each new increment of energy from those resources grows. The industry will have to find and persuade a new flock of investors, which is likely to be difficult once shale gas and tight oil production is clearly headed south with an accelerating trend. Carrying loads of debt has been relatively easy due to ultra-low interest rates; if the Federal Reserve decides to let rates drift back upward, this alone could be a stake through the industry's heart.
One way or another, the current fracking bubble is likely to constitute the last gasp of production growth for U.S. oil and gas. The Script can't solve all the industry's problems. But it might yield a few consolation prizes.
What could keep The Script from succeeding? The industry's PR offensive will be much less effective if mainstream media prominently and repeatedly publish good analyses of what's going on in the geology of the fracking fields and the balance sheets of the drilling companies; and if public officials understand and talk about the real reasons for the coming stall and drop in U.S. oil and gas production.
Both of these developments could in turn be facilitated by EIA doing its job. The Agency's recent report was an excellent first step. The EIA works for the American people, not the oil and gas industry. Where the interests of the people and those of the industry diverge, it's clear where the Agency's loyalties should lie. Here's an open plea to Agency officials: Please follow the evidence and tell public officials and the American people the real story of what's happening as the national fracking boom turns to bust. You're the authority everyone looks to.

The Truth About Natural Gas: A 'Green' Bridge to Hell