Environmentally-Friendly Drones Sail Away for Science 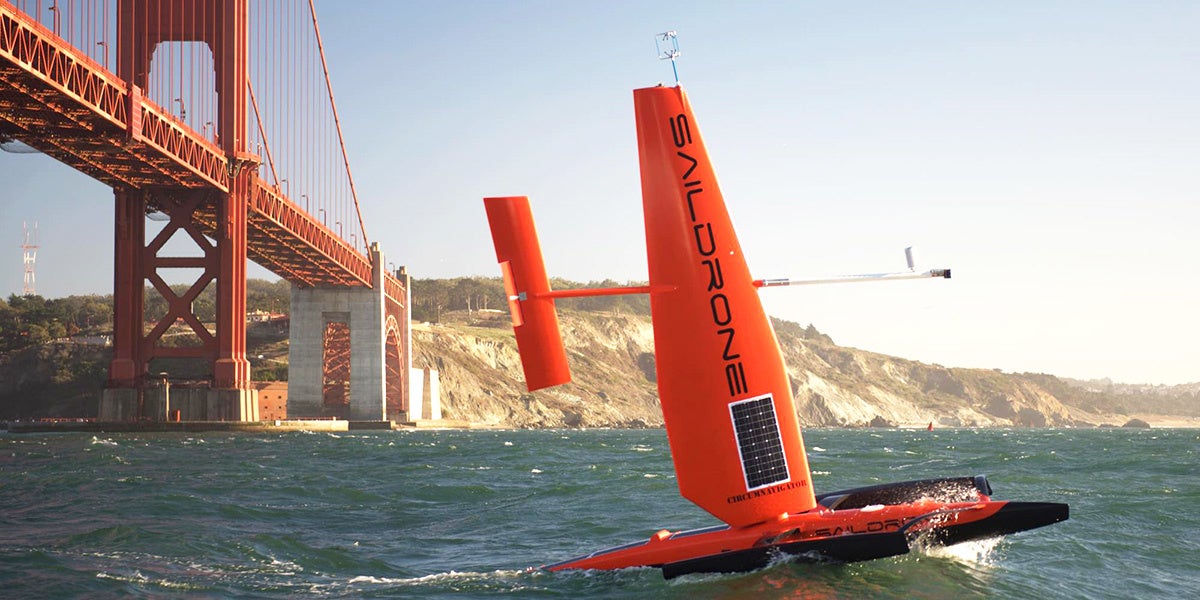 The Mars Rover might be the most famous autonomous vehicle teaming up with human scientists today, but another type of drone is helping researchers here on Earth.

The drones are wind-and-solar powered sailboats fitted with cameras, sensors and other research tools, and two of them are set to return in April from their first science test in the Pacific, Science Magazine reported Thursday.

The drones are manufactured by an Alameda, California company called Saildrone. Richard Jenkins started the operation as a non-profit in 2012 and switched to for-profit status in 2015, according to Inc.

Already, the drones have assisted with a variety of environmental research in the world’s oceans. In 2015, they worked with the Gulf ECOGIG Research Program to locate natural oil seeps in the Gulf of Mexico. The National Oceanic and Atmospheric Administration (NOAA) has also used them to measure fish stocks in the Bering Sea, to track larger marine mammals like whales and seals and to study how the Arctic Ocean absorbs carbon dioxide.

The drones’ Pacific voyage, their longest to date, will help NOAA determine if the captainless boats can replace the buoys that currently monitor El Niño–Southern Oscillation (ENSO), an alteration of warm (El Niño) and cool (La Niña) ocean surface temperatures that impacts climate and can cause both heavy rains and droughts.

As Paul Voosen explained in Science Magazine, the buoy system is expensive to maintain and vulnerable to spending cuts. NOAA almost lost some of its buoys in the early 2010s, when fishing boats damaged them while picking off the fish that feed off the marine life they accumulate. While the program had been the victim of budget cuts at the time, Congress did eventually pay to repair them. But now Japan has removed most of its buoys due to funding problems.

Saildrones might offer a solution. “We could be making the next epochal advancement in oceanography,” NOAA Assistant Administrator for Oceanic and Atmospheric Research Craig McLean told Science Magazine.

The boats have already proven more sensitive to temperature shifts than buoys and satellites. When they were sent to investigate cold tongues of water extending from the South American coast, a La Niña indicator, they recorded one degree changes in water temperature in less than a kilometer. “Some of these fronts are much sharper than you would ever imagine. That was shocking.” NOAA oceanographer Meghan Cronin told Science Magazine.

In addition to shoring up the ENSO warning system, the sailing drones could answer other questions about the Pacific ocean. By monitoring the exchange of gases between ocean and air, they might help researchers understand why the equatorial Pacific, unlike most of the ocean, releases carbon dioxide.