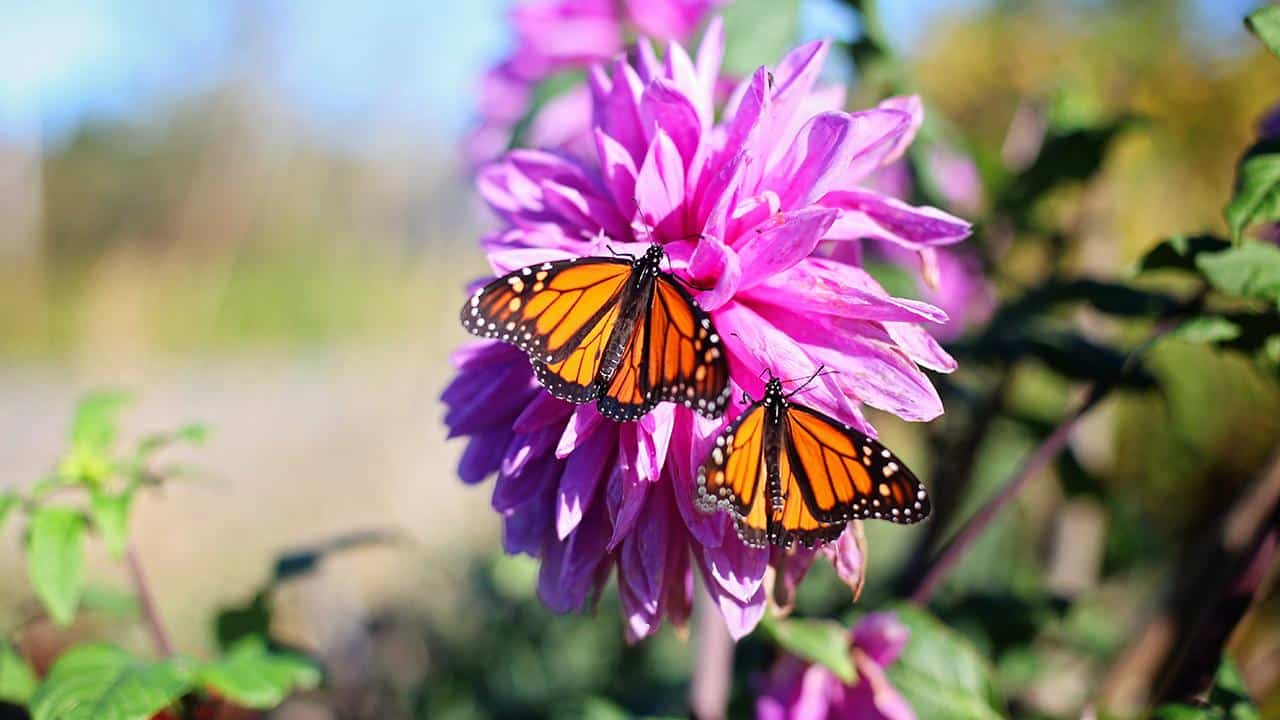 It wasn’t all bad. Here’s some of the good news from this year. 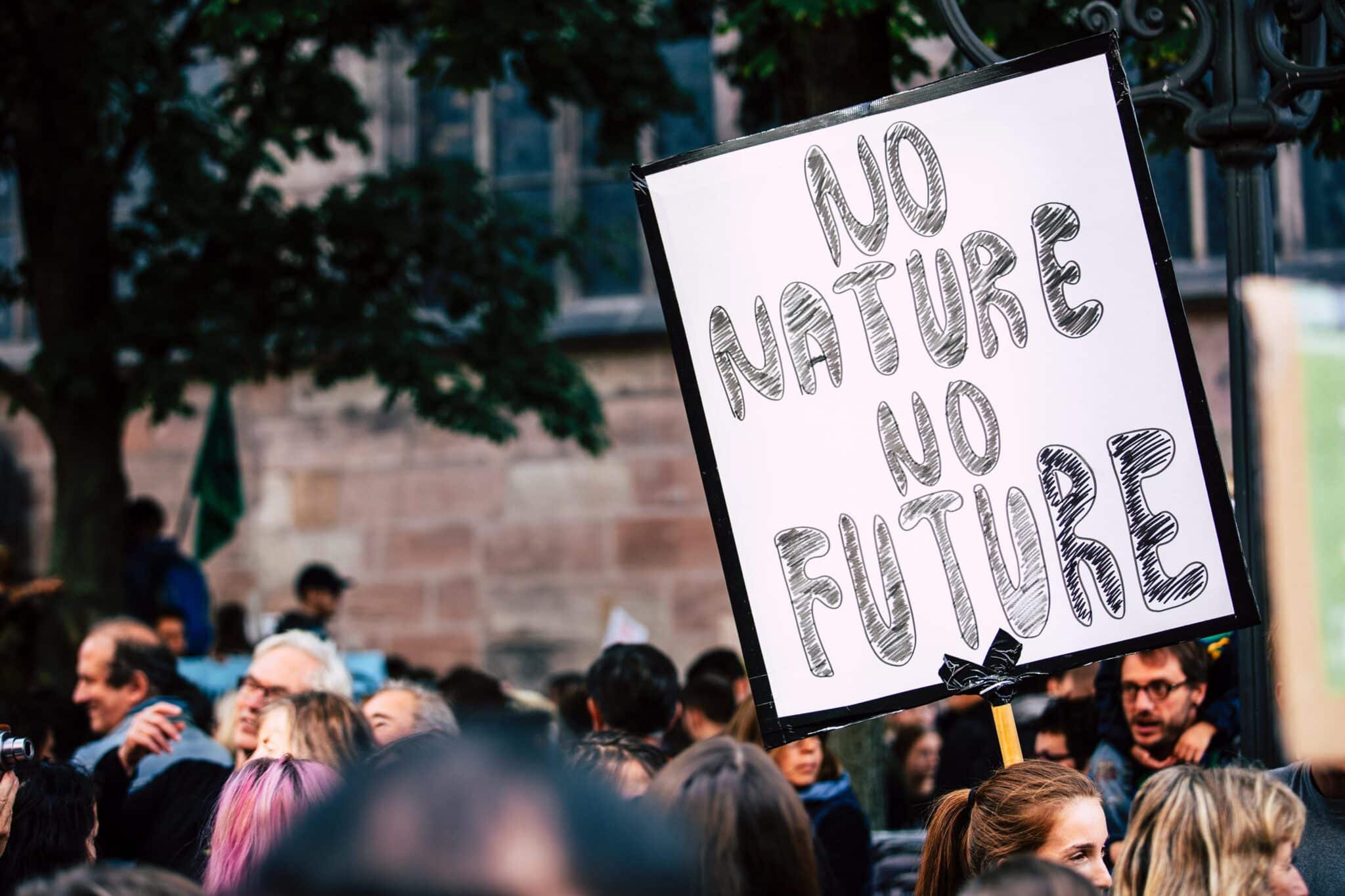 In November, New Yorkers voted to add 15 words to the Bill of Rights of the New York State Constitution, stating that “each person shall have a right to clean air and water, and a healthful environment.” With the passage of this amendment, New York joins Hawaii, Illinois, Massachusetts, Montana, Pennsylvania, and Rhode Island, which all have similar constitutional provisions for environmental protection.

The measure received overwhelming support at the ballot box; nearly 70% of voters voted “yes” on Proposal 2 to adopt the ballot measure. The Environmental Advocates of New York, who supported the amendment, say that including these environmental rights in the Constitution will “provide the same fundamental protections that we provide to our rights to free speech, freedom of religion, due process and property,” and sends a message that environmental health is of equal importance.

With this new right to a healthful environment, citizens have a tool for fighting back when those rights are threatened, and governments must consider human and environmental health when making decisions. Some energy experts have said that the amendment might also discourage developers from pursuing fossil fuel projects in the state, and give strength to lawsuits against polluters.

Monarch Populations Are Bouncing Back 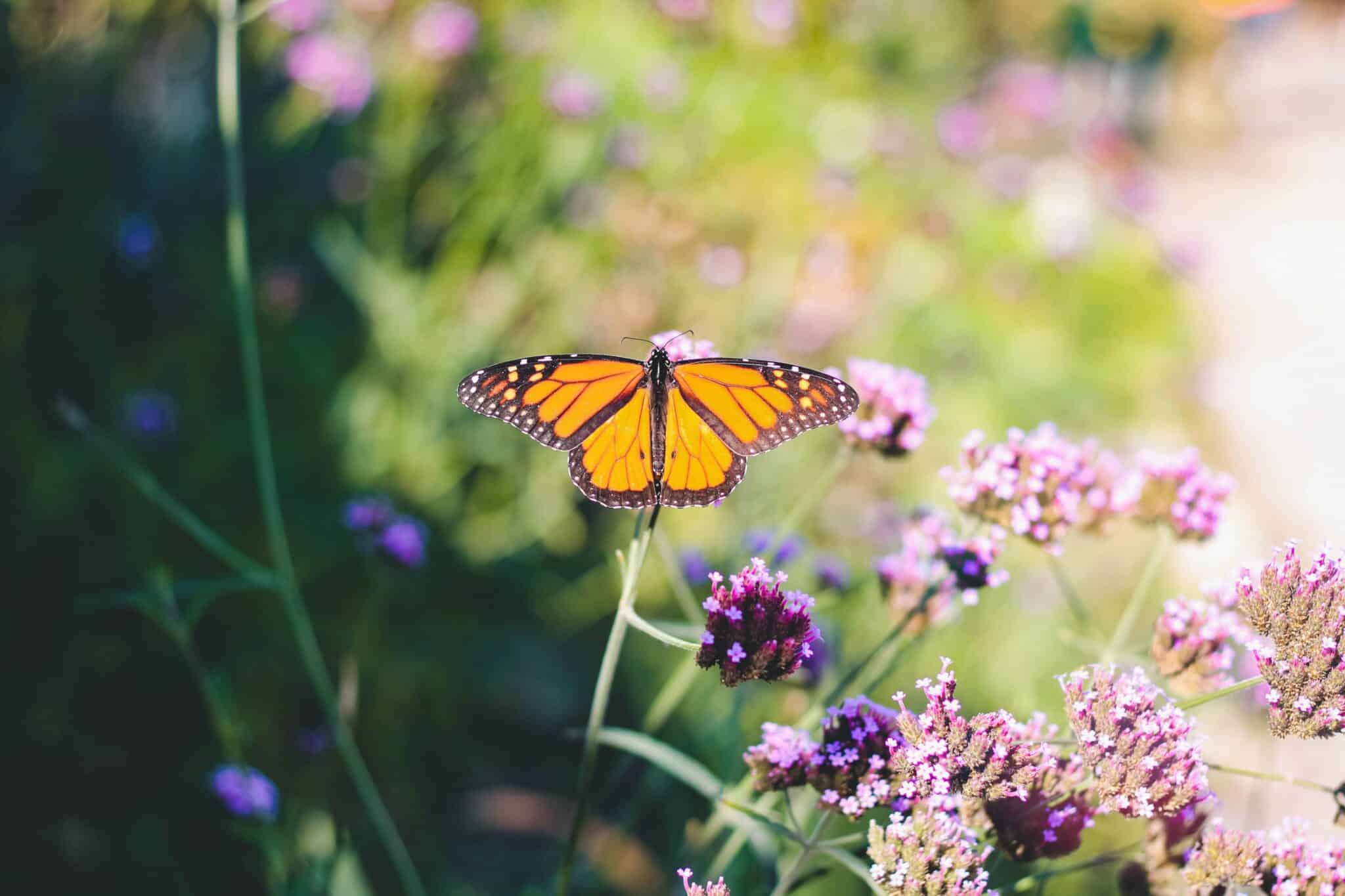 These iconic orange and black insects migrate thousands of miles every year. Migration begins in August, and the butterflies reach their overwintering sites in November, where they stay until March. Eastern monarchs – those whose summer breeding grounds are east of the Rocky Mountains – overwinter in Mexico, while Western monarchs (west of the Rockies) do so in sheltered groves along the California coast. Generations of butterflies often return to the same groves, or even the same tree.

Last year, the Xerces Society for Invertebrate Conservation recorded fewer than 2,000 butterflies in California: a huge change from the tens of thousands recorded in the years prior, and a 99% decline from the millions that overwintered there in the 1980s. Since then, the migratory route of monarchs has been destroyed by sprawling housing and development, increased pesticide and herbicide use for commercial agriculture, and the eradication of the milkweed they depend on. Climate change is also a factor in their dwindling numbers. Migration happens in sync with the seasons and the blossoming of spring flowers, but extreme, fluctuating temperatures have disrupted these natural rhythms. The presence of monarchs in California is considered an indicator of ecosystem health, and their absence shows that climate change and habitat destruction are taking their toll. The butterflies don’t have any state or federal legal protections, and the Western Monarch Count finds that the quasi-extinction risk of monarchs is 72% within 20 years.

However, on October 20 of this year, monarch counts on Pismo State Beach Monarch Butterfly Grove and a nearby site totaled roughly 8,000, compared with the mere 300 counted last year. The monarch count lasts three weeks, but unofficial estimates put this year’s population at California overwintering sites at around 50,000. This still represents only 25% of the population that flocked here 5 years ago, but conservationists are encouraged to see these numbers rising. 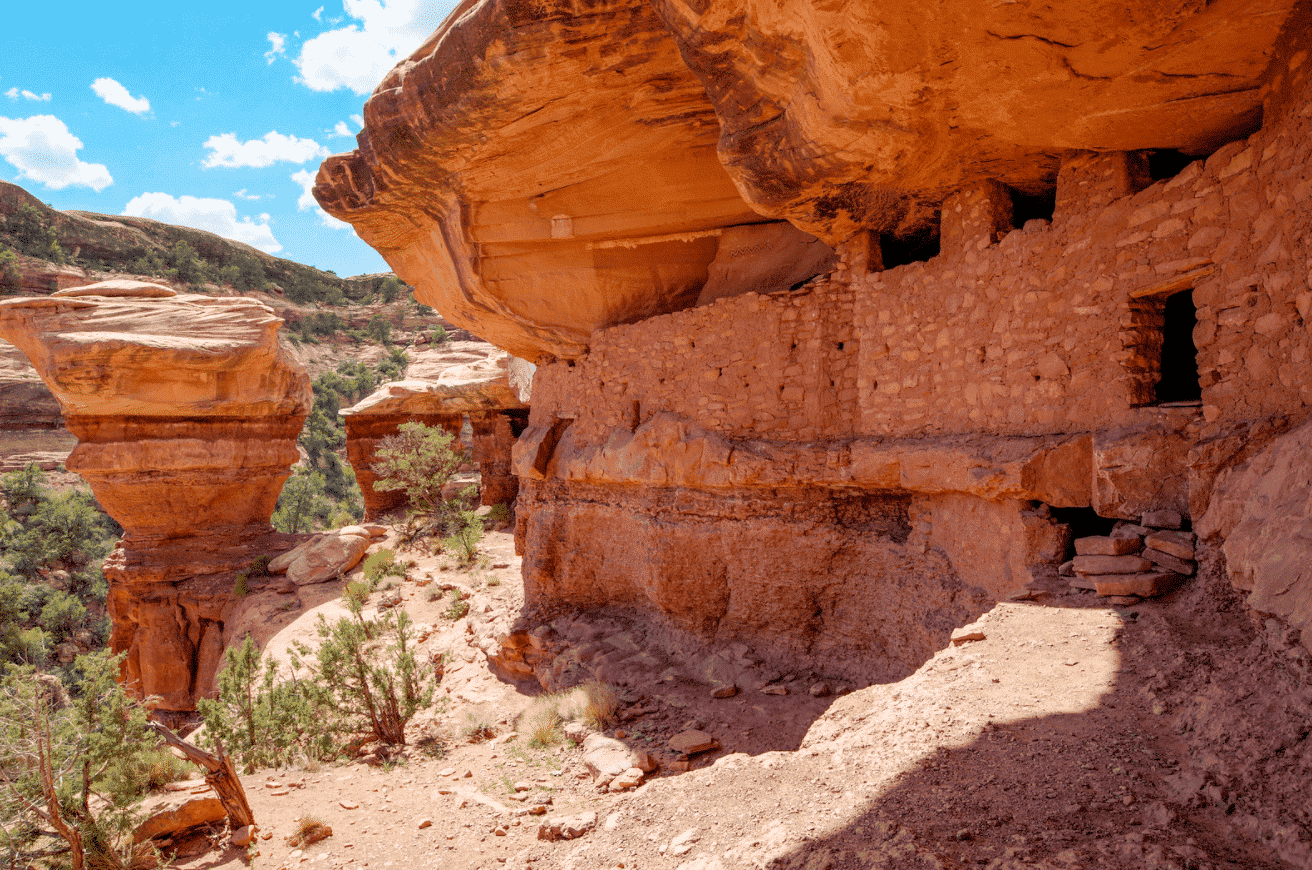 In October, President Biden issued a proclamation restoring protections for three national monuments: Bears Ears and Grand Staircase-Escalante in Utah, and the Northeast Canyons and Seamounts off the coast of New England.

This reverses the largest rollback of federal land protection in U.S. history in 2017 by then-president Trump, who sought to cut Bears Ears land by 85% and Grand Staircase-Escalante by 50%: a reduction of 2 million acres. With this move, Trump sought to loosen regulations on industry, and open up the protected land for mining, oil and gas extraction, logging, off-road vehicle use, possible development, and other commercial activity. Some Native nations and environmental groups decried the decision, citing the 100,000 archeological sites on the land that would be put at risk. Bears Ears land is sacred to regional Native American tribes, and Grand Staircase-Escalante is full of paleontological resources that would be jeopardized. Several Native American tribes immediately filed lawsuits after the announcement, including the Navajo Nation.

In 2020, Trump also rolled back protections on Northeast Canyons and Seamounts National Monument, which opened up the marine ecosystem for commercial fishing. The monument encompasses 5,000 square miles in the Atlantic Ocean – including three underwater canyons, each of which is deeper than the Grand Canyon – home to 1,000 species of coral, fish, sea turtles, sharks, whales, and seabirds. It is the first and only national monument in the Atlantic Ocean, and protects ocean ecosystems and species that are important for scientific investigation and national heritage from industrial fishing.

National monuments are similar to national parks – which are created by Congress – but are instead created by the president through the Antiquities Act, and are protected from development by law. Many groups still uphold that these acts by President Trump to roll back protections were illegal.

These monuments are hugely important to Indigenous culture, biological diversity, outdoor recreation, and the economic stability of the regions they reside in, and Biden’s restoration of the original boundaries is a huge win for the environment and Native communities. 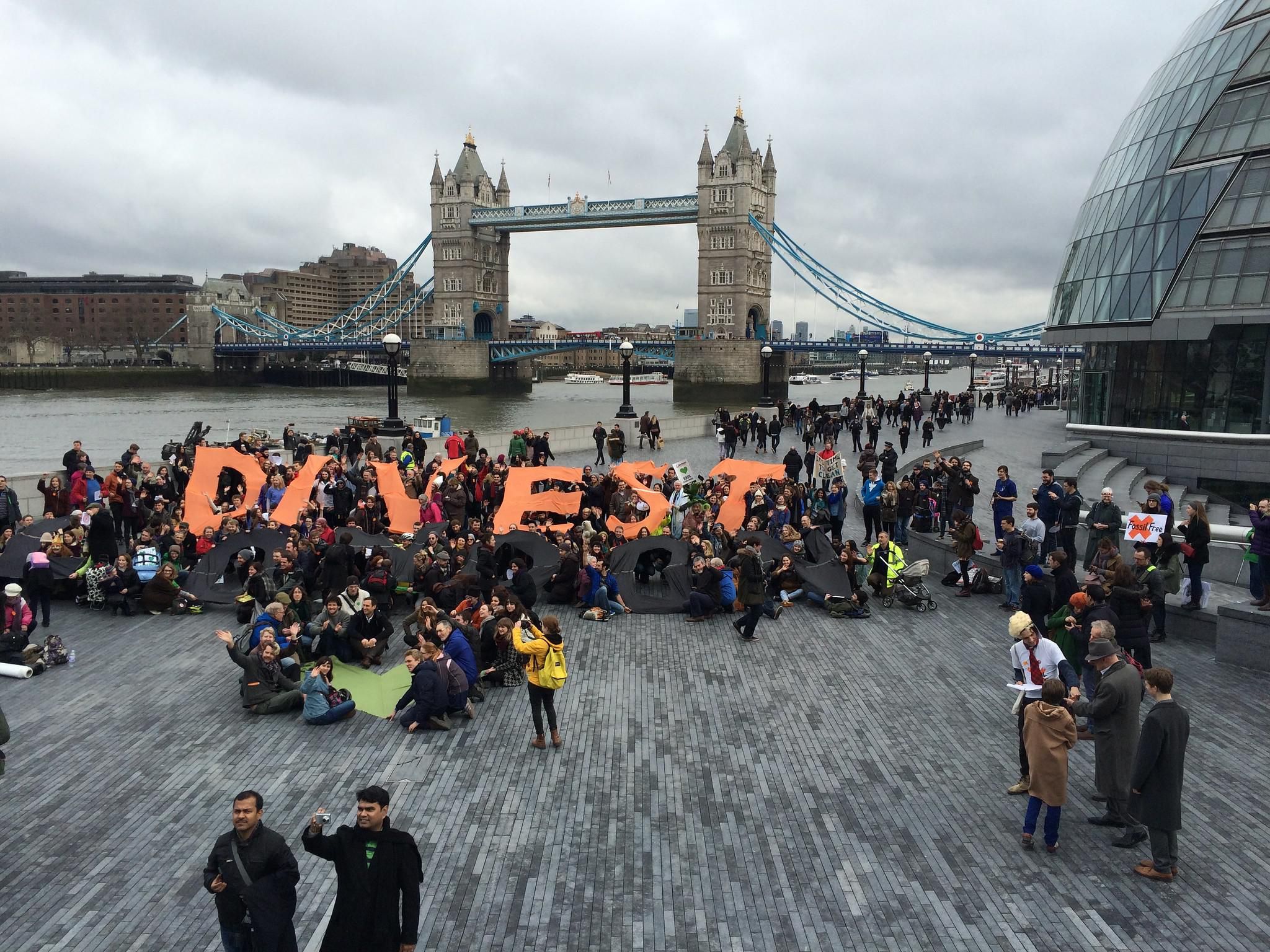 The effort to pull money from oil, gas, and coal gained momentum this year.

Divestment is happening in all sectors. An October report by DivestInvest found that 1,500 investment institutions – responsible for $39.2 trillion in assets – have committed to divesting from the fossil fuel industry.

The Ford and MacArthur foundations – two of the biggest names in philanthropy – committed to divesting from fossil fuels this year. These groups follow the Rockefeller Foundation, which committed to divesting its $5 billion endowment last year. The philanthropic sector is worth roughly $1 trillion, and the announcements of these large organizations might represent a tipping point, encouraging others to follow in their wake.

Faith organizations are also taking action. In the week before COP26, 72 faith institutions announced their divorce from fossil fuels, representing the largest joint-divestment of religious groups in history. Also at COP26, more than 20 countries and financial institutions agreed to stop financing fossil fuel development overseas, and instead fund clean energy (although these countries will still be able to fund projects at home).

Student activist groups have long been pushing for colleges and universities to divest, and this year, Loyola University Chicago, Dartmouth College, University of Illinois, Boston University, and Harvard – America’s richest university – have announced plans to do so.

APB of the Netherlands, Europe’s biggest pension fund, announced plans to divest 15 billion euros, and New York City’s pension funds $4 billion. Maine will also require public funds to sell off their fossil fuel investments by 2026: the first state to do so.

While major investors begin pulling their support, the number of fossil fuel bankruptcies has grown: 100 in the U.S. alone last year. The divest movement is also happening in tandem with greater funding for renewable energy projects, sending the message that fossil fuels are not a sound financial investment, and divesting can be. BlackRock, in fact, found that divestment didn’t have a negative effect on performance. 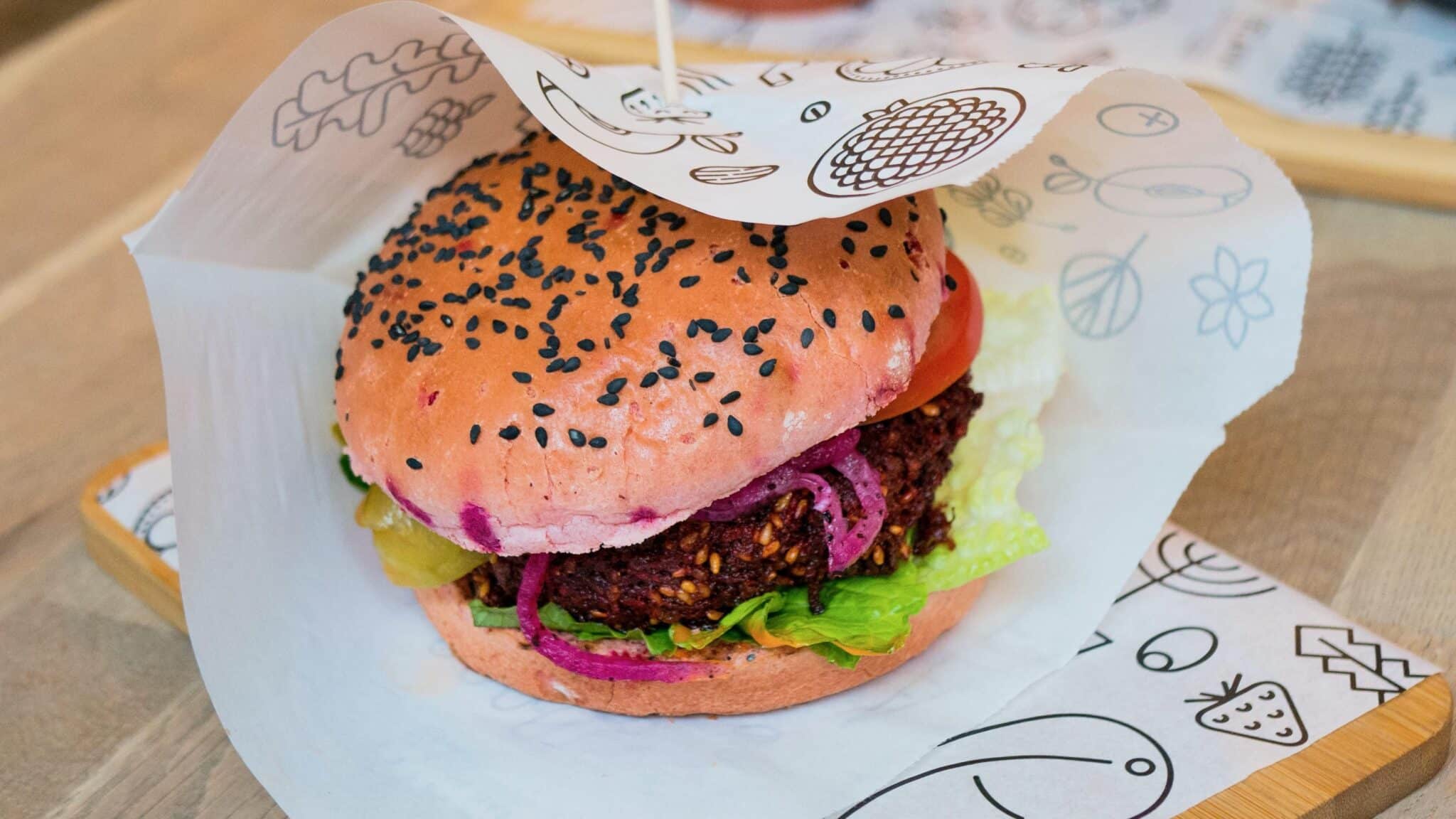 Industrial animal agriculture is responsible for 14.5% of global greenhouse gas emissions, but more and more people are choosing to make a change with their diets.

A 2020 study of retail traffic data conducted by Ipsos Retail Performance found that over 9.7 million Americans are now following plant-based diets, up from only 290,000 in 2004. That’s 9.4 million more people in only 15 years! It’s estimated that about 3% – or 10 million people – of Americans are vegan or vegetarian. This number itself hasn’t changed much, which indicates that people are not labeling themselves as vegan or vegetarian, but are still enjoying more plant-based foods and eating a more plant-based diet.

The COVID-19 pandemic has certainly had an impact on consumer habits, which includes grocery shopping and food choices. Nearly 1 in 5 people (or 18%) in the U.K reported eating less meat than pre-pandemic times, and a similar percentage said that, even after the pandemic has passed, they’ll remain fully vegan or vegetarian. And, between 2019 and 2021, the percentage of consumers who identify as “meat eaters” fell from 85% to 71%, according to an annual report by the Food Industry Association.

Interest in plant-based meat and dairy alternatives is also growing. The plant-based food industry is a $7 billion dollar enterprise and is expected to be valued at over $162 billion by 2030. The majority of American households purchased plant-based foods during the height of the pandemic – mostly milk alternatives like oat or almond milk, and meat substitutes like Impossible meat and seitan. A recent study found that 1 in 4 Americans report eating more plant-based protein than in the spring of 2020. The health benefits of eating less meat are likely driving the surge; plant-based diets are associated with a lower risk of heart disease, diabetes, cancer, and even severe cases of COVID-19.

Major fast-food chains are joining the trend and making meatless options widely available. Panda Express introduced their Beyond Meat Orange Chicken at several locations this year, which sold out in under two weeks. Chipotle is rolling out their new plant-based chorizo, and KFC has announced their plans for plant-based chicken nuggets. Fine-dining has also taken the meatless movement in stride, including the famous Geranium – named the 2nd best restaurant in the world this year – in Copenhagen, and the famous Eleven Madison Park in New York City.