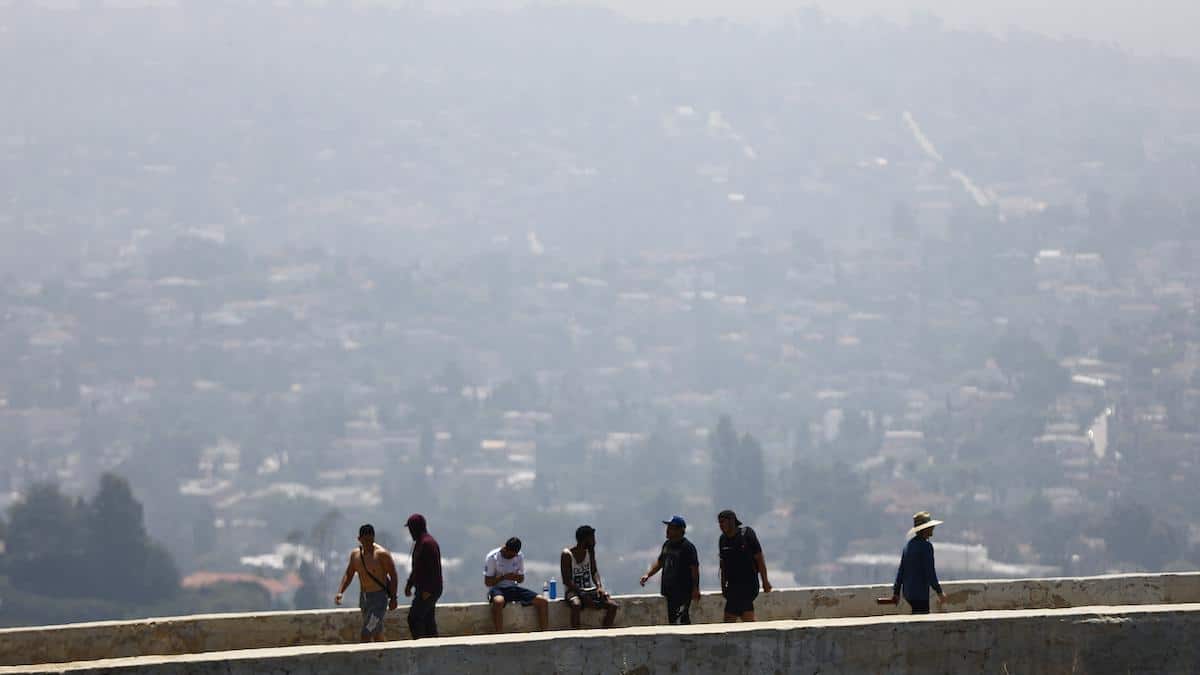 In another example of environmental racism, new research has found that people of color in the U.S. are more likely to breathe in six major types of air pollution.

The research, published in Environmental Health Perspectives Wednesday, found that overall air pollution levels had decreased during the study period, but disparities in exposure persisted along racial and ethnic lines.

“This is the first time anyone has looked comprehensively at all these main pollutants and watched how they vary over time and space,” senior author and University of Washington (UW) professor of civil and environmental engineering Julian Marshall said in a UW press release. “This paper is a chance to recognize that, while every community is unique, there are some factors that play out over and over again consistently across our country. If we go state by state, there’s no place where there are no environmental justice concerns.”

“For all years and pollutants, the racial/ethnic group with the highest national average exposure was a racial/ethnic minority group,” the study authors concluded.

While disparities did decline along with overall pollution levels between 1990 and 2010, they did not disappear, and occurred regardless of income or whether communities lived in urban or rural areas.

“Relative disparities allow us to compare across pollutants,” lead author Jiawen Liu, a UW doctoral student in civil and environmental engineering, said in the press release. “Each pollutant will have a general range of exposure, but when you divide by the average it gives you a basis for how big or small that exposure disparity is.”

The research builds on previous findings that communities of color are more likely to be exposed to pollution. A study published in April, for example, found that people of color in the U.S. were more exposed to particulate matter pollution regardless of income or location.

This means the findings won’t be a surprise to the members of communities actually impacted by these pollutants. One such person is South Los Angeles resident Iretha Warmsley, who acts as a clean air ambassador for her historically Black community. Warmsley, who suffers from asthma, told The Guardian that conditions have improved with the shuttering of some factories, but freeways and local businesses continue to emit.

“They put in businesses wherever they feel like it,” Warmsley said. “They don’t consider human lives. It’s not healthy for anyone. But we’re the last ones [to consider] when it comes to cleaning up the community.”

There is increasing evidence that exposure to air pollution is a major public health problem, contributing to a range of ailments from cancer, to heart disease to cognitive problems, the press release said. It also lowers life expectancy and can increase the risk of COVID-19, according to The Guardian.

While the communities disproportionately exposed to it have long been aware of the injustice, it’s still important to document the disparities for science, Liu and Marshall said in the press release.

“Essentially, our research is showing these disparities exist,” Liu said. “We’re trying to catch people’s attention and show what is happening now. We hope this information will motivate change.”