Environmental Leaders Expose How the Coal Industry Poisons Our Water 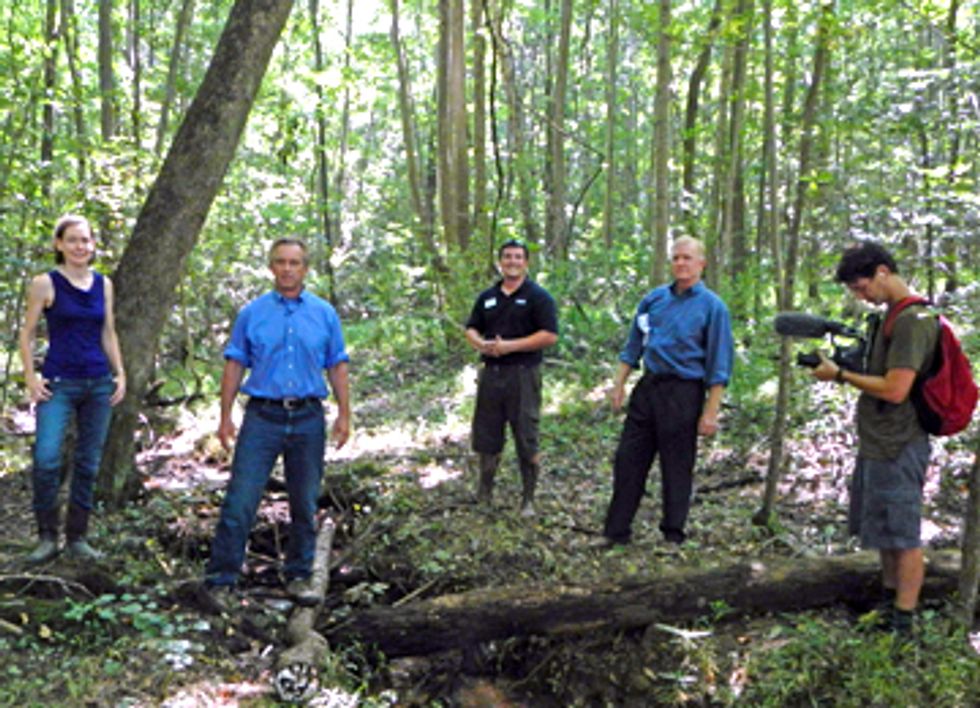 Any kid can tell you when Harry Potter takes off his invisibility cloak, he goes from invisible to visible in seconds. Waterkeeper Alliance President Robert F. Kennedy, Jr., and other environmental leaders came together in Charlotte, NC, Tuesday to pull the cloak of invisibility off of toxic water pollution from coal-fired power plants across the U.S.

Waterkeeper Alliance, Sierra Club, Environmental Integrity Project, Earthjustice and Clean Water Action led the carefully planned, highly coordinated release of a hard hitting national report, Closing the Floodgates: How the Coal Industry Is Poisoning Our Water and How We Can Stop It.

And since seeing is believing, they took five boat loads of reporters and news crews up to a bright orange stream of polluted coal waste flowing into Mountain Island Lake, the drinking water source for more than 800,000 people in Charlotte, Mount Holly and Gastonia.

That one-two punch of a detailed technical report coupled with a trip to see the toxic pollution flowing from a coal-fired power plant into a public drinking water reservoir took the invisibility cloak off this hidden pollution problem.

The story was covered by news media outlets all over the country, from Muskogee, OK, to Florence, AL, to the Charlotte Business Journal to New Bedford, MA. It was was also covered by local news stations in Charlotte who showed a great video of Robert F. Kennedy, Jr. taking on the coal industry with his local Catawba Riverkeeper, Sam Perkins, who demonstrated the high volume of pollution from Duke Energy:

The environmental groups have plans to keep the industry from slinking back under the invisibility cloak they have been hiding under for the past 31 years. To help highlight the report’s findings and raise awareness about the U.S. Environmental Protection Agency's (EPA) critical new coal plant water pollution standards, many local events will be held across the country.

From a “toxic lemonade stand” in Pennsylvania to a “Miss and Mr. Toxic Water Swimsuit Competition” in Missouri, and from a kayaking trip outside a coal plant in Oklahoma to a fish-less fish fry in Illinois, activists from coast to coast will be calling for the EPA to finalize the strongest possible standards to protect American families from dangerous toxic water pollution.

If you think it is past time for the U.S. to stop the unlimited discharge of arsenic and other poisons in our waterways, tell the EPA to choose option five during the public comment period on the proposed new rules. Help us keep the truth of their pollution visible so it can be stopped.