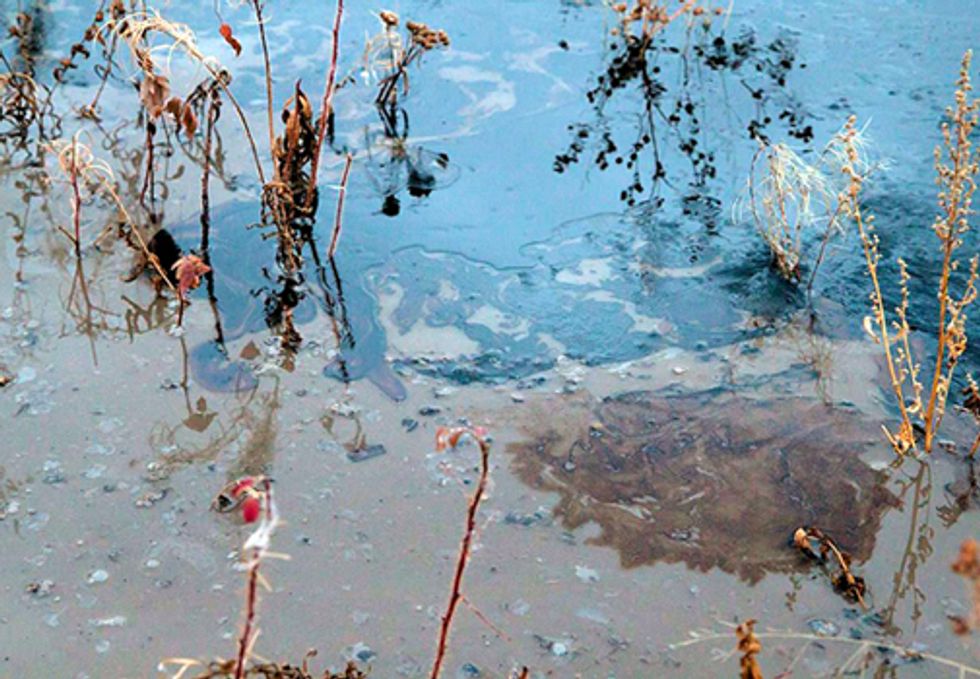 On March 1, in an unexpected move, President Obama’s U.S. Department of State released its draft Supplemental Environmental Impact Statement (SEIS) for the proposed Keystone XL pipeline section that will cross the U.S. and Canadian border in Montana and travel into Steele City, Nebraska.

First and foremost, the SEIS report defies common sense with the statement that reads “the proposed Project is unlikely to have a substantial impact on the rate of development in the oil sands,” and gravely understates many of the risks the tar sands pipeline poses not only to the ecosystem, but to the human health of communities living at the source of the tar sands crude oil that will flow through the proposed TransCanada Keystone XL pipeline.

Although this is a draft and does, by law, require a 45-day comment period before the report is finalized and goes to the Department of State for a final decision, we contend that this is not enough time to consult with all stakeholders in and around the proposed route. Further, the Department of State has a pattern in previous assessments on the pipeline of not adequately reporting the environmental, social and cultural impacts from the framework of an environmental justice analysis.

This is an image the Canadian Government doesn't want to be seen, as they promote the tar sands as "Ethical Oil"—Ft. McKay, Alberta Canada—Tar Sands oil pools in the water—completely accessible to animals and polluting the surrounding muskeg. Photo Credit: Ben Powless

The U.S. Environmental Protection Agency (EPA) and the U.S. Council on Environmental Quality (CEQ) defines environmental justice as the "fair treatment and meaningful involvement of all people regardless of race, color, national origin or income with respect to the development, implementation and enforcement of environmental laws, regulations and policies. Fair treatment means that no group of people, including racial, ethnic or socio-economic groups should bear a disproportionate share of the negative environmental consequences resulting from industrial, municipal and commercial operations or the execution of federal, state, local and tribal programs and policies."

As is evident in the SEIS, environmental racism is rearing its ugly head once again. These systems of colonial domination and the trampling of Aboriginal treaty rights, continues an identical economic system that, through these agreements, supports racial oppression, continues issues of economic disparity and devaluation of human life through the exploitation of the environment and nature.

People living adjacent and along the rivers and streams of tar sands extraction are suffering from virulent and rare cancers due to the unabated toxins released into the waters and land. Release of toxic runoff near Ft. McKay, into large ponds, which is not contained on the side facing the water. Photo Credit: Ben Powless

Given the substantial documentation proving the devastation of the environment, ecosystem, water, air and more recently the health of the indigenous peoples living in the national sacrifice zone of the tar sands, the Obama administration could be making a decision that will directly affect the health and future of the Dene, Cree and Metis’ First Nations people. The U.S. Department of State addresses human rights issues worldwide; however, in this report, it completely ignores its responsibility to apply U.S. policy on environmental justice and its commitment to address these rights.

The lack of comprehensive consultation with Native Nations and lack of meaningful participation with indigenous traditional societies, spiritual leaders and tribal grassroots on the protection of sacred areas and cultural and historical resources as an environmental justice and treaty rights issues is completely unacceptable.

Despite what the draft SEIS reports, it is the opinion of many tribal cultural experts that a large percentage of the pipeline corridor remains unexamined (to the standards of tribal experts) and may potentially contain important and critical cultural resources that would be disturbed in the construction of the Keystone XL pipeline. A full comprehensive survey of the corridor and a reasonable timeline for the Tribes and indigenous cultural experts to review and evaluate all inventories is vital.

Indigenous Environmental Network will continue to mobilize and organize, as we did on Feb. 17, calling once again with one voice on President Barrack Obama to reject this dangerous project and continue moving our nation toward energy efficiency and sustainable energy production.