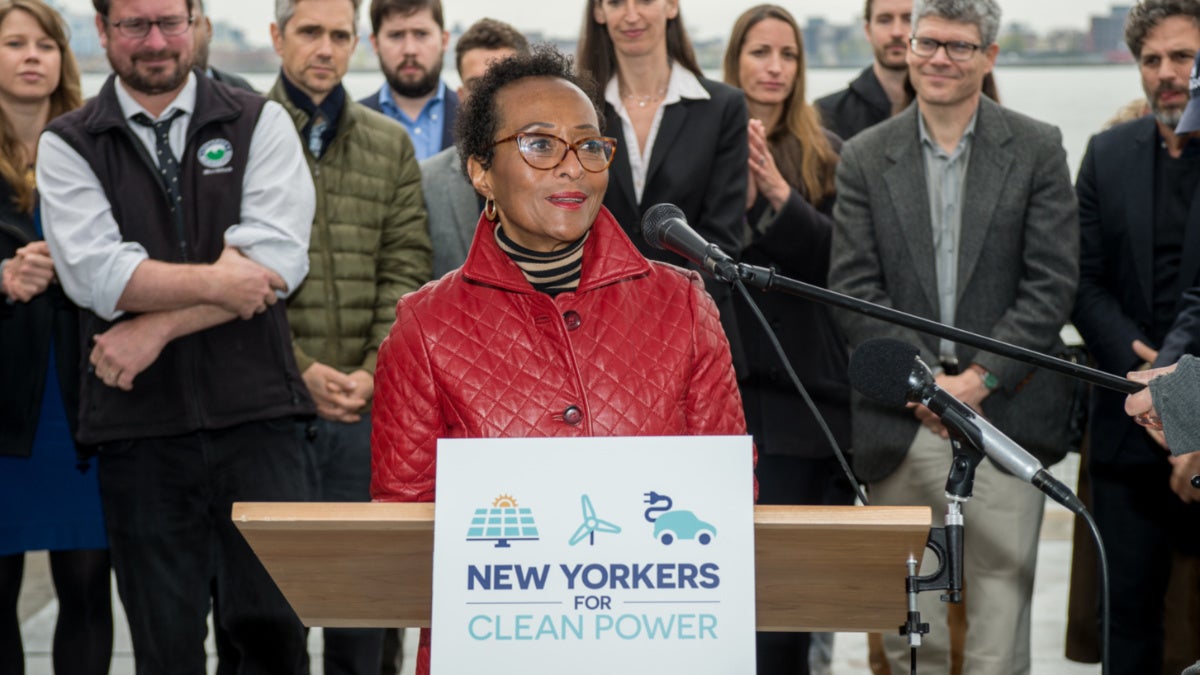 In recent weeks, our nation has been forced to come to grips with the variety of ways in which inequality harms minority communities, from the death of George Floyd at the hands of police to the disproportionate impact of COVID-19. A recent Harvard study concluded that air pollution — which is typically worse in areas with larger minority populations — is linked to higher coronavirus death rates, along with a slew of other health problems.

This is just one form of environmental injustice, which Peggy Shepard has dedicated the better part of her life to combating. Shepard is the co-founder of WE ACT for Environmental Justice, a New York City nonprofit organization that’s been working to improve the environment of local communities since 1988. The mission of WE ACT is to “build healthy communities by ensuring that people of color and/or low income residents participate meaningfully in the creation of sound and fair environmental health and protection policies and practices.”

Environmental justice has become a mainstream topic recently as awareness grows of the worsening impacts of climate change and the proposal for a Green New Deal. So this week CBS News asked Peggy Shepard to discuss how environmental issues disproportionately impact minority communities and what needs to be done to fix that. Here is a portion of that conversation.

One thing we know is that environmental enforcement does not happen the way it needs to happen in communities of color and low-income communities. I work with groups in Florida that are small Southern communities surrounded by 19 waste sites. All throughout the country and in the South there aren’t zoning laws, so you can have a chemical facility right next to a small community. Out in California there’s no zoning so you can have a cement factory or an oil refinery right down the street from a school. When you look at the issues around the country they play out very differently. But the one commonality is that pollution is in communities of color and low-income. Environmental enforcement is very lax and those people who are most affected by that pollution are not a part of the environmental decision-making in that city, state or the nation.

Would it be correct to say that the pollution, the flooding, and all the climate and environmental issues that are more common in these communities exacerbate the racial inequalities?

You will find that some of those communities are the same ones that don’t have access to open space and parks. There may be a waterfront but you’ll find that half the kids don’t even know because they’ve never had access to that. One of our projects was creating access to the incredible Hudson River in our community so the families could go there and have recreation and have aesthetics.

This is a little deeper, but can you trace the roots of environmental inequality in the United States back to their beginnings?

There are books written on this. … Urban planning is a good example, which has planned for some of these situations that poor communities find themselves in… and we understand that that has been systemic. For instance, one of the issues that got us started was the siting of the North River sewage treatment plant, which was mandated by the Clean Water Act because it used to be if you flushed a toilet on the west side of Manhattan, it went directly into the Hudson River. So the federal government said, you’ve got to clean up the river, you’ve got to have a sewage treatment plant. Well, the best place that the engineers felt was in the [affluent] West 70s on the west side of Manhattan. But developers, seeing that that land was much more profitable and wanting to develop that land, managed to get the City Planning Commission to move it uptown to Harlem. So as a result, we have one of the largest sewage treatment plants in the city that’s literally right across the street from Riverside Drive, right across from people. The emissions and the odors were making people sick. So we had to begin to hold the city accountable and that was our first real campaign.

What are some examples of how communities of color are disproportionately impacted by environmental issues like pollution, disease and climate change?

Extreme heat events right now are killing more African Americans than any other people. Air pollution creates something like 200,000 premature deaths around the country every year. I think a lot of people have been stunned to understand that air pollution has increased the risk of more severe impacts from COVID-19 for people living in polluted communities. And so the link of environmental exposure to health outcomes is a very strong link, and I think the Harvard study that came out last month or so certainly bears that out.

A number of studies show that the primary predictor of where toxic waste sites will be sited is a community of color, and secondarily, a low-income community. You can also see that the refineries — the chemical companies — are all in communities that are low income and of color. We can look at cancer alley [in Louisiana] as a prime example of that.

There are many of the Gulf Coast states and communities that have still not been restored from the last hurricanes. You’ve got black communities in Alabama and Mississippi that are still waiting for their roads to be repaved. That investment that came from the federal government did not go to the most impacted communities.

We’re also seeing the issue of climate migrants. People had to leave New Orleans because their homes were gone, so they moved to other states. When many of them tried to return they found that all the public housing had been torn down and they could no longer afford the new housing that was there. This is called climate gentrification in which communities are being cleared out because of climate impacts and then more affluent people buy up the property and rebuild the city. So you really have total civic disruption and you do not have the civil society that you once had.

I think we’ll see that in Puerto Rico, as well, with so many people having to leave the island [because of Hurricane Maria] with no electricity, no services. Yet affluent people can go back, buy up those properties, and put the infrastructure investments in place that are needed to have a healthy society.

Another example is wildlife exploration in Alaska. What’s the equity issue with that? Well, if you’re allowing exploration in the Arctic… that’s going to hurt the animals that the indigenous people depend on for food. It’s going to pollute the ocean and that means it pollutes the fish that they depend on.

That brings us to climate change. It is fast becoming the most pressing of all environmental issues worldwide. As a result, “climate justice” is a term that I hear often. What are your main concerns for the future as climate change continues to get worse?

We understand that the investment has got to go to those communities that we know are in the flood zones that will be the worst hit and don’t have the resilience to come back without strong support by the government.

We need changes and reform of FEMA. We need advisory committees made up of people of color and the most affected people informing the committees about the kind of initiatives and interventions needed to become whole again when there is an extreme event. All of us need to be part of the climate solutions. We cannot just have mainstream green groups working on climate, national climate legislation, because they are not generally living in the communities that are the first and worst hit.

Climate is more than simply reducing greenhouse gases. The communication to the public has got to be for them to understand how it impacts every facet of their lives, whether it’s energy security or whether it’s a “just transition” from fossil fuels to a green economy. If we are not all part of those solutions, we are going to continue the divisions that we currently have.

I have heard some people say climate change is about greenhouse gas reduction, what does equity have to do with it? Well, the solutions are going to affect our economy and our energy security. Right now 30 million households in this country are energy insecure. They cannot pay their energy bill and put food on the table, yet many of our climate initiatives may increase our energy costs. So how do we begin to distribute those costs fairly, especially when we’re talking about communities of color and low income who consume less and produce less carbon emissions than more affluent communities? So, how do we begin to equalize the benefits in a new green economy? You really have to come together.

Also, there’s no requirement for community involvement in what kinds of jobs will be created or what kind of businesses will receive tax incentives. That’s economic development. What does economic development have to do with climate or environmental quality? Well, of course, it has everything to do with environmental quality. It can create more density, bringing in more pedestrians and more commuters, which has an environmental impact and contributes to health disparities.

How can both the impacted communities and also society as a whole create positive change and get us off this track of environmental Injustice?

I think we have to understand that all of our communities need to be respected. The benefits that society has given so many of the residents in our country have not gone equally to all of the residents here. We’ve got to understand our shared values. I think we’re seeing today… we have a shared value that the police should treat everyone equally, that our community should be invested in equally, that without transformative economic development that the workers who are now in the fossil fuel industry will not have family-sustaining jobs in the new green economy.

I believe there’s now a consensus that we have got to unify. The environmental community and the mainstream green groups have been coming together over the past year and a half to up climate solutions together. So you might know about the Equitable and Just National Climate Platform that about six green groups and 12 environmental justice organizations have worked on for the past couple of years. We are now working to develop policies to implement.

We cannot continue to perpetuate the divisions that have gotten us to where we are today, which is in a crisis. We’re in a COVID-19 pandemic and we’re in a climate crisis and without coming together with unity, consensus and common ground, we are not going to get ourselves out of these crises.