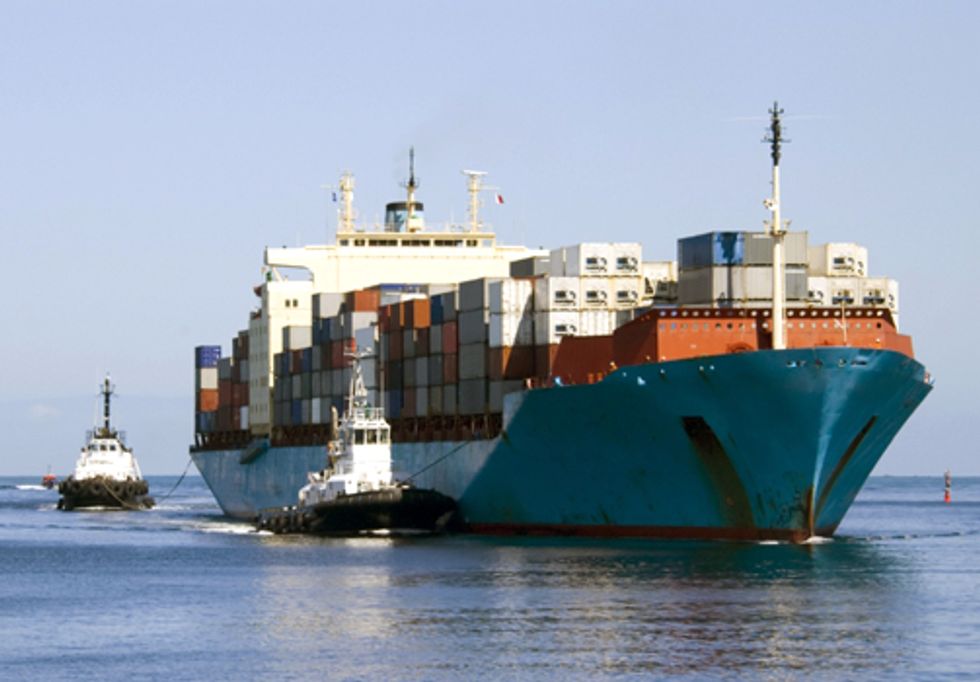 A coalition of environmental groups moved to intervene in a court case late yesterday to support a low-sulfur fuel requirement for ships in most U.S. waters, including southern Alaska.

The state of Alaska filed suit in July against the U.S. Environmental Protection Agency (EPA) and the U.S. State Department. Alaska is challenging the application of the federal low-sulfur fuel standard in the state.

“Previously, the sulfur content of ship fuel was entirely unregulated,” said Sarah Burt, an Earthjustice attorney. “Without this rule, pollution from ships burning dirty fuels will continue to cause severe health problems in coastal communities such as asthma, heart disease and cancer. Alaska’s attempt to invalidate the rule is short-sighted and callous.”

“Once again the State of Alaska has shown that it’s willing to sacrifice the health of its residents for the financial gain of wealthy corporations,” said Rebecca Noblin, Alaska director for the Center for Biological Diversity. “We’re intervening in this lawsuit because we want to keep dirty air out of Alaska.”

Ocean-going vessels with large marine diesel engines, such as container ships, tankers, freighters and cruise ships, are a significant source of air pollution in coastal states. In 2010, at the request of the U.S. and Canada, the International Maritime Organization designated North American waters as an Emissions Control Area, or ECA. With U.S. EPA’s rule implementing the ECA standards, ships are now required to control their air pollution in U.S. coastal waters by burning low-sulfur fuels.

In response to the state of Alaska’s challenge to the low-sulfur requirement, Earthjustice is representing the Center for Biological Diversity, Friends of the Earth, Natural Resources Defense Council and the Environmental Defense Fund and filed to intervene in this case to defend the rule.

Prior to the low-sulfur fuel rule, large ships burned heavy fuel oil—a by-product of refining crude oil—which emits large amounts sulfur oxide (SOx), nitrogen oxide (NOx), diesel particulate matter and other pollutants. Air pollution from ships is expected to grow significantly over the next two decades. EPA estimates that without improved regulation, SOx and NOx emissions from ships will more than double by 2030, growing to 1.4 million and 2.1 million tons a year, respectively, while annual particulate pollution will almost triple to 170,000 tons.

“Shippers, cruise lines, and national leaders worked together to create these clean air protections, which have been planned for years and are already in effect,” said Pamela Campos, an attorney with Environmental Defense Fund. “It makes no sense to step backwards to dirtier air.”

"The cruise industry's insistence on using filthy bunker fuel means that every single day an average cruise ship travels between Vancouver, BC and Alaska it emits the same amount of sulfur dioxide as 13 million cars,” said John Kaltenstein, marine program manager at Friends of the Earth. “That level of pollution is outrageous; the use of incredibly dirty fuel by ships near our coasts must stop now. The State of Alaska should be more concerned with protecting the health of its residents than pandering to the cruise industry, which makes billions of dollars a years, in part because of its outdated environmental practices."

Currently more than 30 major U.S. ports along the Atlantic, Gulf of Mexico and Pacific coasts are located in nonattainment areas for ozone and/or particulate pollution. The Ports of Los Angeles and Long Beach have calculated that ocean-going vessels produce 59 percent of the total diesel particulate matter emissions in the area, 36 percent of the NOx emissions, and 90 percent of the SOx emissions. If Alaska were to succeed in its challenge, EPA’s rule could be invalidated nationwide.

“NRDC worked for years to make less-polluting ship fuel a reality,” said David Pettit, director of the Southern California air program at Natural Resources Defense Fund. “We need to support the Emissions Control Area that will be in place off our coastline in 2015."

Earthjustice and its clients have been involved for more than a decade in the establishment of more stringent international standards to control pollution from ships, and have engaged in litigation under the Clean Air Act to compel EPA to act to protect U.S. air quality from ship pollution.