Resilience in Action: Highlights From a Virtual Eco Film Festival 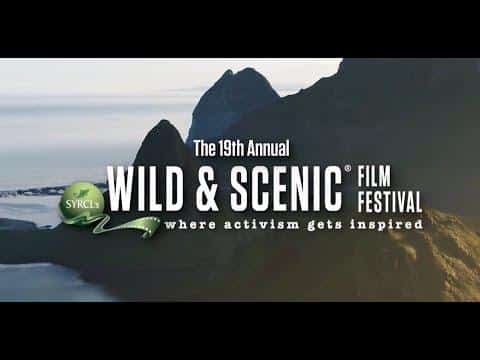 Nevada City, California. Amidst a historic pandemic and social unrest, watching the accelerating impacts of climate change on the silver screen could create a sense of helplessness – or deepen the resolve to act. Emphasizing the latter, “Resilient by Nature” was the official theme of the recent Wild & Scenic Film Festival, an entirely virtual affair this year as a result of the COVID-19 pandemic.

More than a tagline, a sense of resilience was palpable throughout the online event, from the festival’s stirring poster art, through the 100-plus documentaries that emphasized solutions, and even into the Zoom-based lobby, where attendees could drop in for a trivia game, casual conversation about the films, or even a BYOB beer tasting.

Held by the South Yuba River Conservation League (SYRCL), the 19th annual festival also played up opportunities to act on climate and other environmental issues, from participating in virtual activism workshops to simply getting outside: Self-guided excursions included the memorable “It’s All Newt to Me,” a guide to local amphibians.

Despite the creative ways to come together virtually, however, there was also disappointment that the event could not be held in person. Yet even this regret seemed unifying, at least in the virtual media lounge, where several filmmakers expressed an appreciation for being able to sit in on each other’s video-conference interviews – pleasantly intimate conversations that any attendee could also enjoy from the comfort of their own couch, live or after the fact.

Flexibility was indeed a silver lining of the virtual festival experience, as audiences could view most of the films at any time, from any WiFi-enabled device, during the 11-day festival.

Five Documentaries to Add to Your Climate Watchlist

Yet even these darkest of explorations reveal stories of fierce hope and determination, a reminder that heroic action on climate isn’t just possible – it’s happening now.

A glance at five documentaries* that may inspire your own conviction that worthy ways forward exist:

How will 2040 look for the youth of today? Australian director and narrator Damon Gameau imagines a hopeful future for his four-year-old daughter, Ella – a vision that is profoundly realistic as it is based on solutions that are already available. Yet despite the film’s optimism, there is no sugarcoating here. Gameau opens with a frank description of the climate crisis, albeit in terms a young child can grasp, demonstrating greenhouse gases with a steamy shower, for one example, and the danger of melting “glaciers” spilling out of the freezer, for another.

From there an expedition in “fact-based dreaming” takes off, as the film crisscrosses the world to explore some of the most promising current “solutions,” including renewable energy, driverless cars, regenerative agriculture, marine permaculture, and empowering girls. For each category, we see resourceful and dedicated people in action today, followed by a fanciful, often humorous, dramatization of Ella’s future, 20-something self, living in a world rich with these solutions. Will there be a giant world party in 2040 to celebrate the success of these efforts? There’s no way to know whether Gameau’s hopeful vision will or won’t pan-out, but he points out that “we have everything we need to make it happen.”

A new race is afoot in the waters between Canada and Greenland, where steadily melting sea ice is opening up the potential for faster shipping, increased oil extraction, and other commercial pursuits. As industries vie for space in the newly open waters, indigenous communities are rallying to protect the Arctic as they long have known it.

Taking home the Wild and Scenic “Best of the Fest” award, The Last Ice follows the personal journeys of several Inuit people whose lives are fundamentally tied to the land and wildlife, including a young man with dreams of being a hunter, who is deeply devoted to his sled dogs, and a woman working to keep her culture’s ancient traditions alive, one text at a time. Mixing in archival footage and current science and political news, the film traces the threads of globalization that led to this moment over the past century, from the first forced resettlements of Inuit communities, to container ships cutting ever-more swiftly through the ice.

Through it all, there’s stunning landscapes bedazzled with Northern lights; threatened, majestic animals like polar bears and narwhals; and a fervor for preserving Inuit ways of life. They combine to make the case that it’s in our shared best interest to keep the Arctic from becoming a Wild West of extraction.

Spanning around 640 million acres and 28% of the United States’ land, the nation’s public lands are a uniquely American birthright – and the center of a fight over what to do with them. Do we exploit natural resources to further economic activity? Or do we preserve them from extractive industry use, to keep ecosystems and their beauty intact for future generations? Are those poles-apart choices the only two options?

This film documents both sides of what has become a cultural war over “the last large-scale public asset on the planet,” from the deserts of Utah, the storied Boundary Waters of Minnesota, and the pristine Arctic National Wildlife Refuge – all threatened by oil and gas development and/or mining. But at its core, it’s also a love letter to these places, and the people across the country working to protect diverse lands.

Winner of one the festival’s pair of Jury Awards, Public Trust features a refreshing mix of personalities, including a hunter and investigative reporter from north Alabama. Feeling a deeply personal stake in the future of the public lands he grew up on, he is working to “follow the money” to help Americans see who’s behind the destruction of our public lands.

During production, the Trump administration opened up large areas of public land to oil and gas development. Now, viewed from the fresh reality of a new administration, it may comfort some viewers to know that a Biden administration executive order has already begun halting oil and gas leasing on federal lands.

The deadliest fire in California history captured international attention when it decimated Paradise in 2018. But the town’s story didn’t end there.

It takes grit not to fast-forward through the first harrowing 10 minutes of this Ron Howard-directed documentary. Raw dashcam footage and emergency call audio blend into a nightmarish sequence of escape from the smoke-blackened town. As the flames leap higher, a police officer, alone in his cruiser, slows down to pass his own home, stiffly reports that it is engulfed in flames, then plunges back into the darkness.

From there, though, the film shifts from disaster to what comes next for locals who choose to stay and rebuild, like the former mayor who can’t wait to rebuild, and the school counselor whose own home was spared but feels crushing guilt when she runs through her now-empty neighborhood.

As the year goes on, the pain doesn’t subside – it somehow gets harder, for the counselor at least. There are water contamination issues to confront, the lingering trauma that strains the police officer’s marriage, and an angry town meeting with PG&E, the utility whose faulty equipment started the fire.

But life has indeed gone on in Paradise. Somehow the high school remained standing, and six months after the Camp Fire, graduating seniors light up the field with exquisite joy.

Some people argue against rebuilding because the risk of another fire is too high. The former mayor, however, is defiant in his decision to stay. “A lot of people think it’s wrong to rebuild. I’m 74, I don’t give a damn. Is it right to build a house in a hurricane zone in Miami on the beach? This is where I want to be.”

Got wanderlust? Enjoy a classic cross-country road from your living room with Virginia and Peter Sargent, as they cruise through rural America to get to know people whose livelihoods are threatened by climate change. Together with their dogs, Trout and Salmon, the Sargents camp out in public lands along their way to meet folks like farmers, hunters, fishermen, and even pro snowboarders, all seeing the increasing effects of climate change in their daily lives from intensified drought thwarting the Colorado farmer, to the impacts of wildfire on a hunting outfitting company in Idaho.

Interspersed with these stories is data confirming the science behind their experiences. For example, the pro snowboarder is already seeing his work threatened by diminishing snowpack; that makes sense given that western U.S. snowpack declined by 10-20% between the 1980s and 2000s, with another 60% loss anticipated in the next 30 years.

But more than a series of interviews and scenic views, the Sargents themselves give the film heart. These aren’t just big city slickers swooping in and out of little towns to get the scoop and high-tail it to the next location. There’s respect and even, at times, reverence for the people they meet along the way. Of the family farmers in Idaho, Peter says, “I think Purple Sage represents the best that family farms have to offer in this country. And there are so many more like them. And it’s also an aspiration. It’s the kind of family I want to create with Virginia.”

Note: Some of the above films may not yet be available yet for general audience streaming. Keep an eye out for a local edition of the Wild and Scenic On Tour program, coming soon to roughly 250 local events across the U.S.