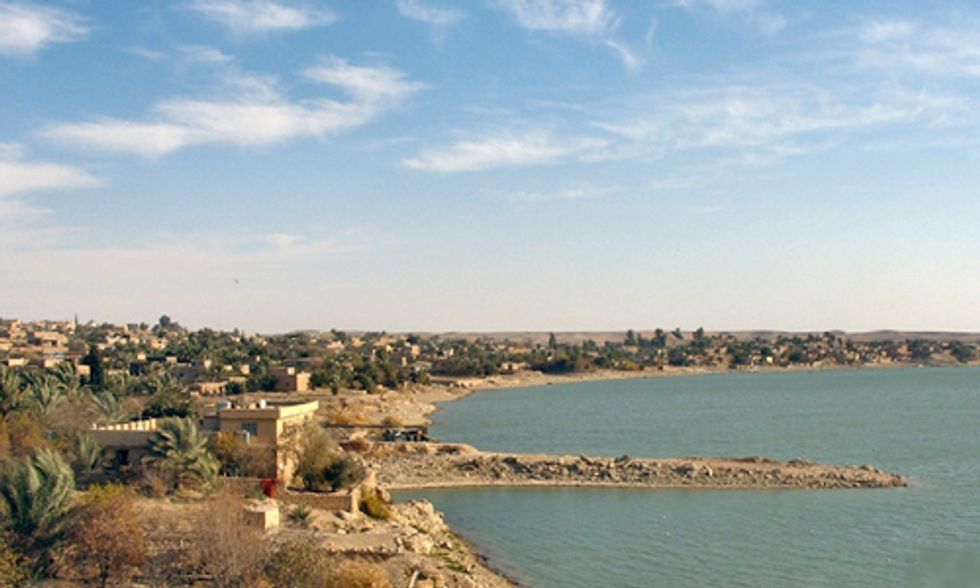 Climate change, pollution and a growing population have all taken their toll on Iraq’s natural environment. Exacerbated by decades of war and growing pressure on natural resources, these strains have seen the country’s environmental health decline steeply in recent years.

Now a new government study, backed by the United Nations and the World Bank, has found that the country could be loosing between five to eight percent of its GDP to environmental degradation every year.

The amount of water available per person has also dropped by more than half since the late 1970s, and the country’s main sources of surface water—the Tigris and the Euphrates Rivers—could dry up entirely by 2040 if current conditions continue.

Meanwhile, 39 percent of Iraq’s agricultural land has suffered a reduction in cropped land—which means increasing food insecurity, in a country with a growing population.

Climate Vulnerability in a Conflict Zone

Iraq is considered to be one of the most vulnerable countries to climate change in the Arab region. Around one-third of its surface is desert, while another 39 percent of the country is affected by, and 54 percent more under threat from desertification.

Frequent dust and sand storms are hitting the country and access to safe water and sanitation is a growing problem. Drought and water shortages have seen many communities displaced, driving an increase in urbanization as they move from rural to built-up areas.

Meanwhile years of conflict and violence have left around 1.6 million Iraqis affected by chemical pollution and unexploded ordnance.

A new five-year agreement between the Iraqi government and the UN environment program aims to help the country overcome many of the environmental challenges it is facing.

Achieving sustainable development is by no means a light undertaking, especially after decades of wars, sanctions and environmental degradation. Rebuilding Iraq’s environmental infrastructure underpins the country’s recover and peace-building efforts.

To show its commitment to tackle environmental degradation, the government of Iraq also announced 2014 as a national Year of Environment.