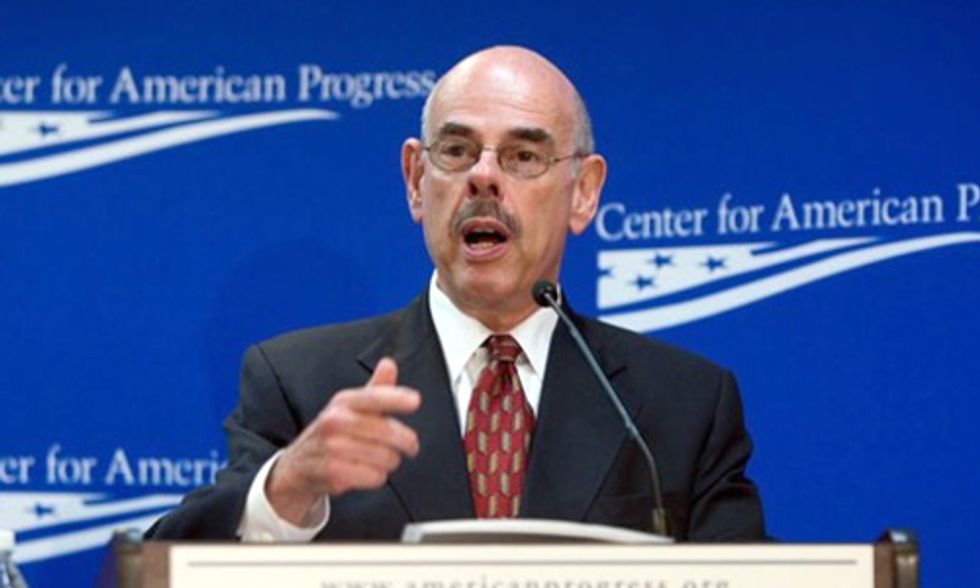 Yesterday, Rep. Waxman (D-CA) issued a statement announcing he will not be seeking reelection in the fall. Rep. Waxman will retire at the end of the year, after serving 40 years in the U.S. House of Representatives.

“I first ran for office because I believe government can be a force for good in people’s lives," Rep. Waxman said in a written statement. "I have held this view throughout my career in Congress. And I will leave the House of Representatives with my conviction intact. I have learned that progress is not always easy. It can take years of dedication and struggle.  But it’s worth fighting for."

Rep. Waxman helped author the 1990 Clean Air Act amendments, sponsored the 1986 and 1996 Safe Drinking Water Act Amendments, successfully passed the Waxman-Markey climate bill out of the House and was instrumental in fighting back against 317 anti-environmental riders during his time in Congress.

“Congressman Waxman has been a stalwart champion of fighting for cleaner air, water and programs that protect public health and the environment," said Trip Van Noppen, president of Earthjustice. "Not only has Waxman been a leader in speaking out against climate change, he dedicated more than two decades of his career working to pass legislation that would address the climate crisis."

“In every battle, at every juncture, in every moment that mattered most, Rep. Waxman stood up for the air we breathe, the water we drink, the lands we love and the wildlife we cherish," said Frances Beinecke, president of the Natural Resources Defense Council. “He embodies public service of the highest order, and we are all the better for his work."

Rep. Waxman was an outspoken critic of the Keystone XL pipeline, often addressing the effects increased tar sands production would have on climate change. A full summary of Rep. Waxman's accomplishments in Congress can be found here.

“In perhaps no area have the special interests held more sway than environmental policy, and I have battled them to protect clean air and safe drinking water throughout my career," Rep. Waxman continued in his written statement.

“I have had a long career and an eventful one—and I wouldn’t trade any of it. I woke each day looking forward to opportunities to make our country stronger, healthier and fairer."