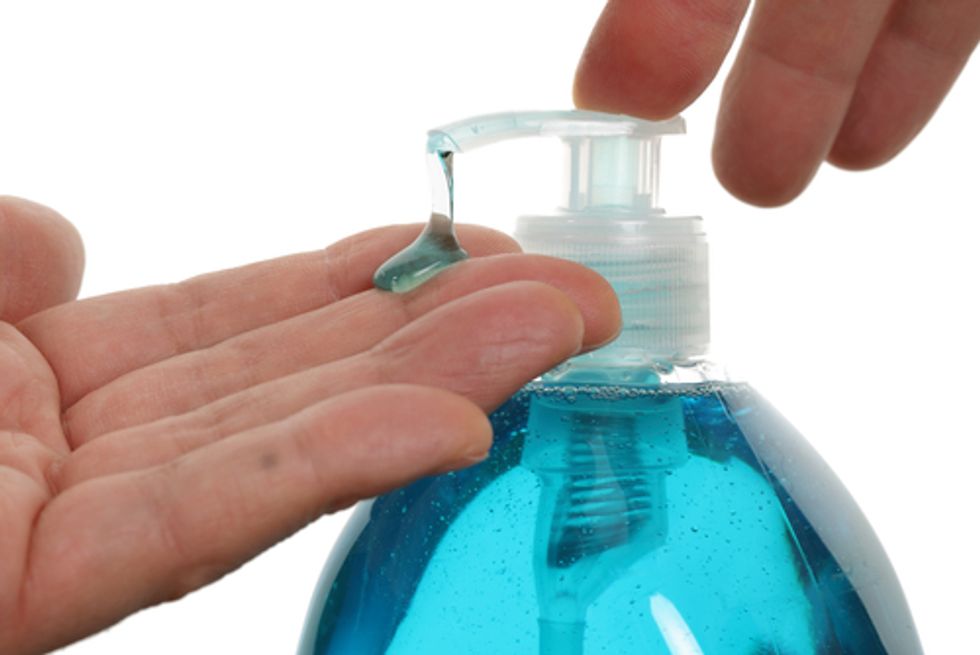 Antibacterial soaps are about the worst choice when it comes to cleaning your hands or your house. They are no more effective than plain old soap and water, but pollute the environment and may be contributing to antibacterial resistance.

The two antibacterial chemicals most commonly used are triclocarban (TCC) and triclosan (TCS). Rolf Halden, co-founder of the Johns Hopkins University Center for Water and Health, and his colleagues conducted a study that showed while wastewater treatment removes 97 percent of TCC from municipal sewage, as much as 75 percent of the mass of the chemicals then is transferred to the sewage sludge. When the sludge is recycled for use on agricultural lands, the TCC enters the soil and potentially contaminates adjacent surface waters.

By some estimates, 75 percent of liquid hand soap contains triclosan or other antibacterial compounds.
Photo courtesy of Shutterstock

Halden said that when a consumer buys four bars of antiseptic soap, the “active” ingredient in as many as three of them will make its way into agriculture. The presence of TCC in soil and water supplies is worrisome because the chemical degrades into two substances, both of which are carcinogens, Halden said.

TCS, meanwhile, is a precursor of environmentally persistent dioxins. During drinking water treatment, TCS may be converted into known animal and possible human carcinogens, including chloroform.

Soaps containing TCC and TCS probably pose little risk to people washing their hands, but if the chemicals and their transformation products are introduced to humans through food and water supplies, this may eventually create health problems. To date, traces of TCS have been discovered in fish and human breast milk. It is so prevalent that a survey by the Centers for Disease Control and Prevention found the chemical present in the urine of 75 percent of Americans over the age of 5.

“Biocides are abundant now in the environment,” Halden said.

And some suspect consumer products with TCC and TCS may be contributing to the spread of resistant bacteria. The Council on Scientific Affairs of the American Medical Association concluded that antimicrobials in which resistance has been seen should be discontinued unless data can conclusively show that this resistance has no impact on public health and that such products actually prevent infection. The FDA has said its review of triclosan is now a top priority.