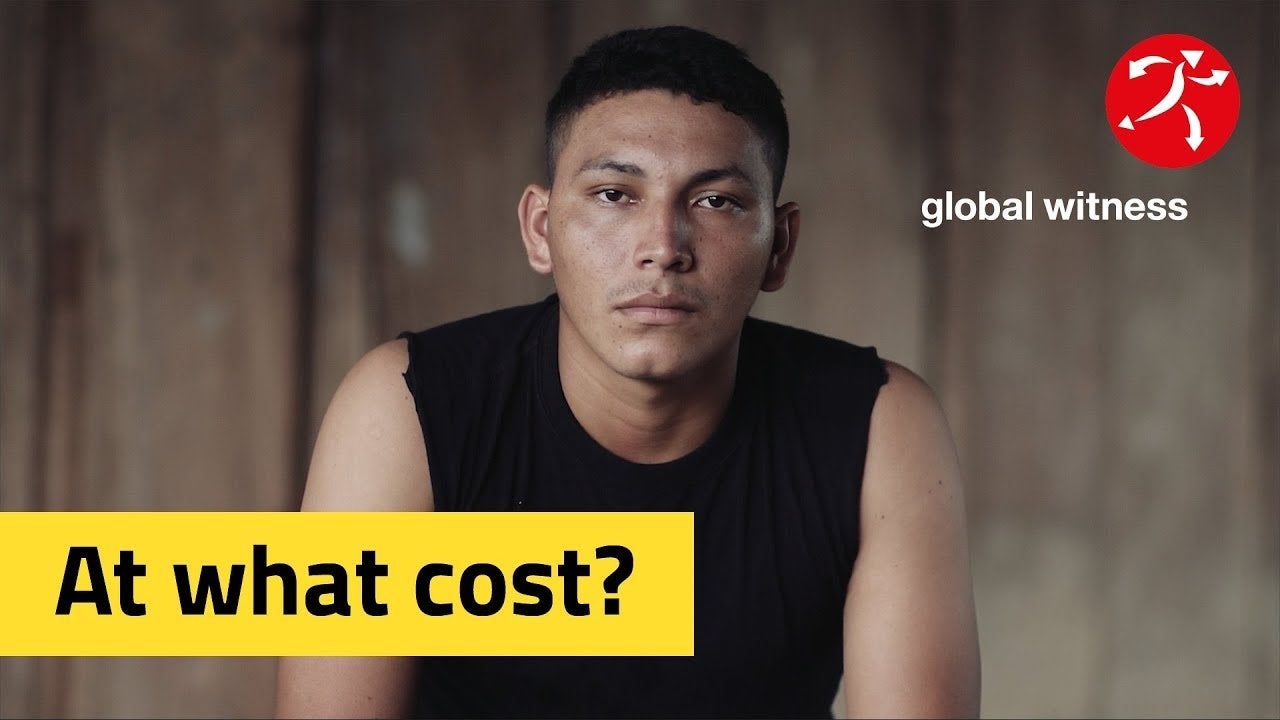 More than 200 environmental activists were killed in 2017, according to the latest report from global rights watchdog Global Witness.

The troubling report revealed that 207 men and women across 22 countries were murdered last year defending their land and resources, making it the worst year on record.

Agribusiness was the industry most associated with these attacks—highlighting the devastating cost of the food we eat and the products we use.

“For the first time, agribusiness surpassed mining as the most dangerous sector to oppose, as 46 defenders who protested against palm oil, coffee, tropical fruit and sugar cane plantations, as well as cattle ranching, were murdered in 2017,” the report said.

Global Witness cited Hernán Bedoya of Colombia, who was shot by a paramilitary group 14 times in December for protesting the expansion of palm oil and banana plantations in his community.

In the Philippines, during a December massacre near Lake Sebu, eight villagers were killed by the Philippine army over a coffee plantation expansion. Five more were wounded and another 200 were forced to flee.

“As global demand for these products increases, there’s a scramble by business actors to get the massive amount of land they need to grow these products,” Ben Leather, senior campaigner at Global Witness, told AFP. “When people dare to stand up for their rights and demand that the environment be protected they are silenced in the most brutal way.”

The vast majority of murdered activists were from Latin America, accounting for 60 percent of those killed in 2017. Brazil was ranked the most dangerous with 57 murders alone. 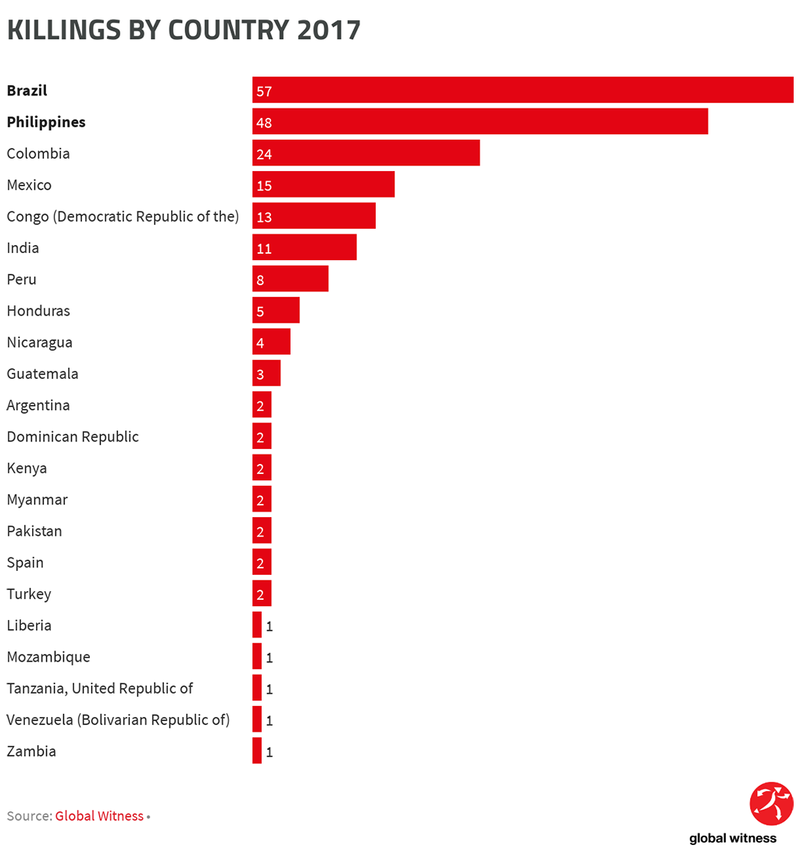 What’s more, the group found evidence that government actors, such as soldiers or police, contributed to 53 of the recorded murders.

“While in a shocking number of cases state actors pulled the trigger, in other cases where the government allowed businesses to enter without protecting local rights, they’re also complicit in the murders of these activists,” Leather noted.

Global Witness acknowledged that the amount of killings could be much higher.

“The data we have painstakingly gathered and presented in this report and the case studies included are almost certainly a sizeable underestimate, given the many challenges in identifying and reporting killings,” the group said. “Yet even as it stands, it shows that the risks defenders face every day continue to grow, and governments and business have a very serious case to answer.”