5 Acts of Environmental Leadership to Celebrate This Presidents Day 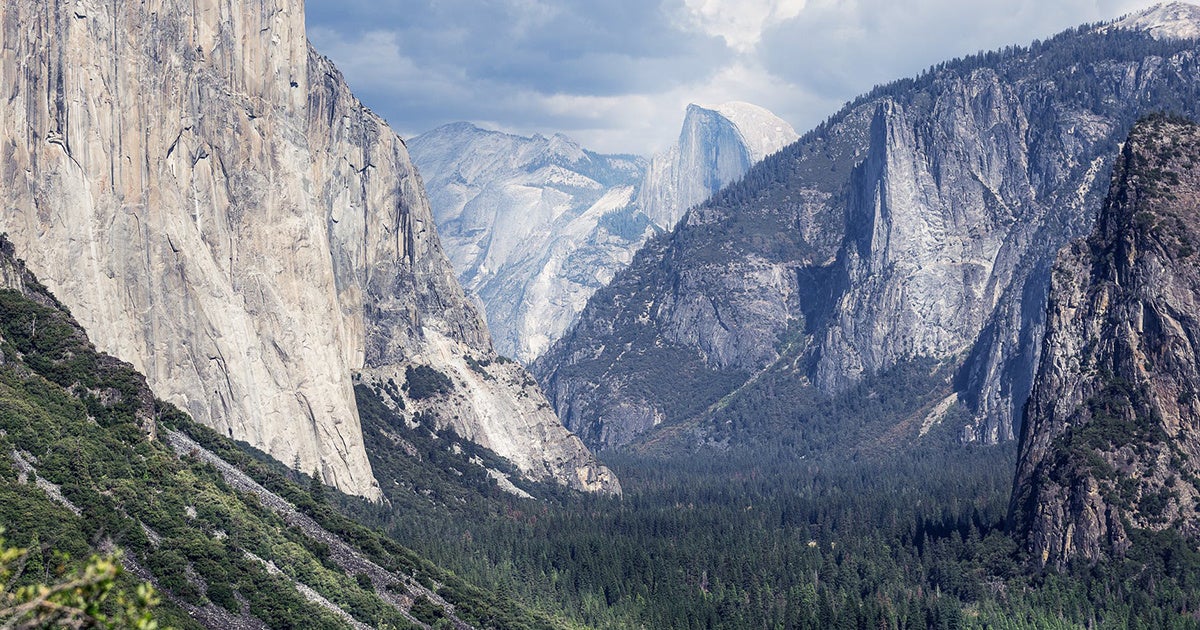 Today, the U.S. celebrates Presidents Day, a day to commemorate the leadership and legacy of the so-far only men who have governed the country since its founding.

Here at EcoWatch, we think some of the most amazing things about the U.S. are its unique and beautiful landscapes and wildlife. So this Presidents Day, we would like to celebrate actions taken by past presidents to protect America’s environment.

On June 30, 1864, President Abraham Lincoln signed the Yosemite Grant Act, giving Yosemite Valley and Mariposa Big Tree Grove to the state of California. It marked the first time in U.S. history that the government set land aside specifically to protect it and preserve it for public enjoyment, according to POLITICO.

“In its scope and in its avowed preservation purpose the Yosemite Valley undertaking was truly precedent-setting,” author Ney C. Landrum wrote in The State Park Movement in America: A Critical Review, according to The Smithsonian Magazine. “Not only were there no real state parks in 1864, there were no national parks, either. California’s experiment pioneered a new field of public land management and provided valuable lessons–positive as well as negative–for other park advocates who would soon follow.”

The Yosemite Grant was used to justify the establishment of Yellowstone as the nation’s first official national park in 1872. Yosemite became a national park the same year.

When the magazine Corporate Knights asked 12 top environmentalist individuals and groups to name the greenest president in U.S. history, Theodore Roosevelt came out 28 points ahead of the rest. During his presidency, he protected 150 national forests, 51 federal bird reservations, 18 national monuments and five national parks to a total of 230 million acres, or 10 percent of the U.S. land area.

It wasn’t an easy task, either; he faced opposition from logging and mining interests. Congress even wanted to let industry mine the Grand Canyon. But Roosevelt was ahead of his time in realizing that the country’s natural resources were not infinitely renewable without protection.

“We have become great because of the lavish use of our resources,” he wrote, according to the National Park Service. “But the time has come to inquire seriously what will happen when our forests are gone, when the coal, the iron, the oil, and the gas are exhausted, when the soils have still further impoverished and washed into the streams, polluting the rivers, denuding the fields and obstructing navigation.”

Richard Nixon was not a committed conservationist like Roosevelt, but he came in second place in Corporate Knights’ poll because he responded to an emerging environmental crisis, and a growing environmental movement, by signing key legislation like the Clean Air Act and the Endangered Species Act. He also created the Environmental Protection Agency (EPA).

In 1969, incidents like the Cuyahoga River catching fire and the Santa Barbara oil spill made it clear that America’s environment was in trouble. Nixon responded in part by issuing Reorganization Plan 3 in the summer of 1970, which created the EPA, according to Time.

“Our national government today is not structured to make a coordinated attack on the pollutants which debase the air we breathe, the water we drink, and the land that grows our food,” he told Congress, according to Time. “Indeed, the present governmental structure for dealing with environmental pollution often defies effective and concerted action. Despite its complexity, for pollution control purposes the environment must be perceived as a single, interrelated system. Present assignments of departmental responsibilities do not reflect this interrelatedness.”

Jimmy Carter became the first U.S. president to install solar panels at the White House when he dedicated a solar water heater as part of his bid to encourage energy independence. Since his time in office coincided with an energy crisis, Carter was the first U.S. president to emphasize the importance of transitioning away from foreign, non-renewable energy and signed legislation to support renewable energy alternatives like wind and solar, according to Corporate Knights.

“In the year 2000 this solar water heater behind me, which is being dedicated today, will still be here supplying cheap, efficient energy,” Carter said when the panels were dedicated on June 20, 1979, according to Scientific American. “A generation from now, this solar heater can either be a curiosity, a museum piece, an example of a road not taken or it can be just a small part of one of the greatest and most exciting adventures ever undertaken by the American people.”

Carter wanted the U.S. to get 20 percent of its energy from renewable sources by the turn of the century, but his successor Ronald Reagan slashed the Department of Energy’s renewable research budget. The percentage of U.S. electricity generated by renewable sources finally reached 18 in 2017, Fortune reported.

5. Obama Puts the First National Limits on No. 1 Source of Greenhouse Gas Emissions

In August of 2015, President Barack Obama announced the Clean Power Plan, the first-ever government plan to limit U.S. carbon pollution from its leading source: the nation’s power plants, according to the Natural Resources Defense Council. Obama specifically framed it as an attempt to limit catastrophic climate change.

“I am convinced that no challenge poses a greater threat to our future and future generations than a changing climate. And that’s what brings us here today,” Obama said during remarks announcing the plan.

Unfortunately, the EPA under President Donald Trump has released a replacement plan that would actually increase carbon pollution from power plants. We will now have to wait until 2020 to see what the environmental legacy of the next U.S president will be.